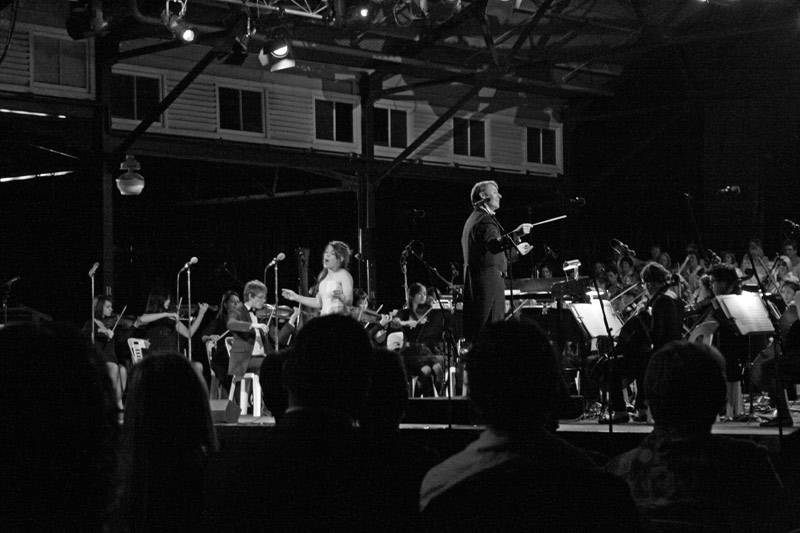 Ms Roubos sung alongside the 65 member Melbourne Youth Orchestra whilst competing as one of three finalist in the Australian Vocal Scholars Program, a competition whose finals are hosted by Opera in the Market.

The Australian Vocal Scholars Program was set up in 1998 with the purpose of offering talented young singers, between the ages of 17 and 26, the opportunity to further develop their talents through a variety of performances.

Whilst it was tenor Nick Jones, 21, that took out the scholarship, Roubos was excited to have had the opportunity to perform at such a prestigious event.

“There’s that feeling when you’re up there with an orchestra,” said Roubos to Neos Kosmos English Edition (NKEE). “The atmosphere is uplifting, as if [you are] transcending into heaven.”

While the other finalists, soprano Susannah Gidley, 20, and tenor Nick Jones, 21, had performed their final arias two weeks ago at the first Opera in the Market, Roubos’s turn to shine came last week, singing an aria from Weber’s Der Freischutz.

Meeting opera star Yvonne Kenny and tenor James Egglestone, who commended her on her performance, was a highlight for Ms Roubos.

“It was my first time performing with an orchestra, so to be able to perform with so many famous singers and gain experience of working with the Melbourne Youth Orchestra, was amazing,” she said.

Roubos has a long history of hitting the top notes.

In 1999 Mr Roubos studied at the Victorian College of The Arts Secondary School and in 2002 won a voice scholarship through the Robert Salzer Foundation.

The young soprano completed a Bachelor of Music Performance Degree in 2007 at The Victorian College of The Arts, majoring in classical voice.

At the tender age of 21 Roubos can see what her career holds for her.

“I’d definitely like to pursue a career as an opera singer. I love it. I want to travel overseas and join an op-era company. To work in Europe is my dream.”