A life on the streets

A tale of hardship and the consequences of wrong decisions 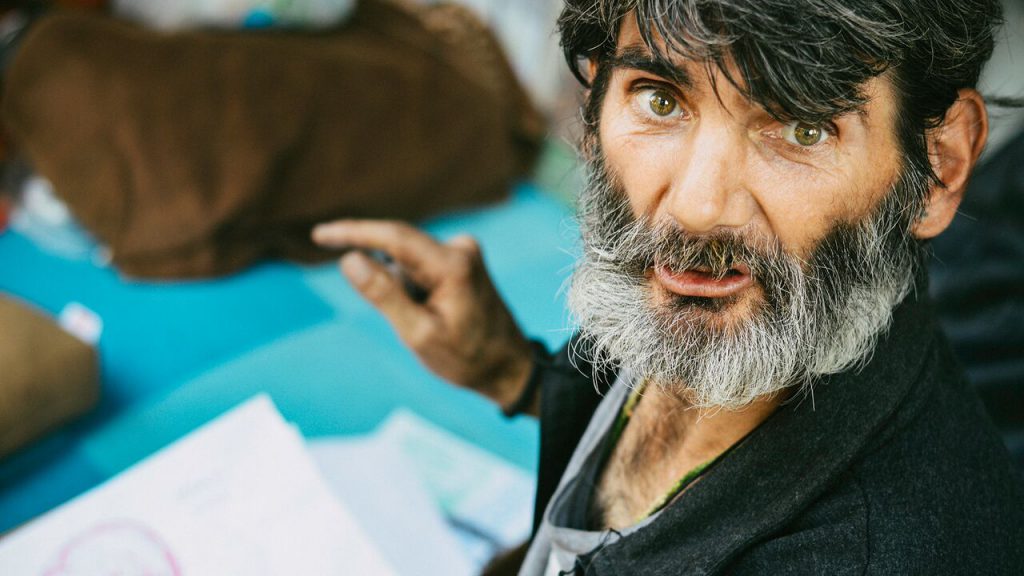 He is a father and he is homeless. He is a devout Christian but also a hardcore anarchist, he is a convicted criminal, a recovering heroin user and a HIV carrier.

Christos is also the reason why we started the Lost Athina project.

I first met him one hot August night while making our way up Stadiou street in central Athens.

He reached out to me, asking for a cigarette or some loose change; we got to talking about his difficult life on the streets of this metropolis and instantly felt this is a story that needs to be shared.

What first struck us about this man was his honesty. He didn’t shy away from admitting he had done wrong. He opened up and shared intimate details about how bad choices he has made in his life have let him and his loved ones down.

Christos was born in 1972 in central Athens, in a family with six children but with very little money to feed them. His father, originally from Ikaria, would walk around the streets of Metaxourgeio with his mule, selling fresh fruit. His mother was a dishwasher at the Athenian department store Minion in Omonoia.

Both parents worked very long hours for very little money, leaving Christos and his siblings to take care of themselves, by any means necessary.

“My life in crime started at an early age; hungry and with no money we started to steal fresh milk from outside people’s houses,” Christos explains.

He then went on to sell lottery tickets in Omonia and quickly formed part of a child gang that would pickpocket passers by.

“You have to understand, and this is no excuse, we had no role models – I was too poor to enrol in school, my father was a drunk who frequented whorehouses and beat my mum … the only time he paid attention to us was when he was hitting us,” Christos admits.

During his teenage years Christos went to live with his godfather in Ano Liosia, and worked for him in his factory while trying to stay out of trouble.

Greece was still trying to find its identity, a modern nation state dealing with the aftermath of civil war and then a military dictatorship. Christos, also trying to determine his identity, got caught up in the growing anarchist movement.

This was Athens in the 1980s, a city, rapidly growing in size, trying to deal with the cultural clashes that came along with it, as the traditional Greek family base, its culture and its religious beliefs were tested by a new European way of life, with consumerism taking charge like never before.

“I was torn, I did not like what I was seeing. I believe in God and Jesus Christ but I was against the system, and I guess it’s strange to say but I also believe in many of the ideas and theories that anarchists subscribe to.”

As with most anarchists of the era, Christos refused to join the Greek army, a move that saw him sentenced to prison for the first time.

While in his prison he met others with more criminal experience than he had and together a group of four plotted to rob a bank on the island of Rhodes.

“We eventually got caught because two of the guys went and bought flashy new cars and motorbikes, one of them an Alfa Romeo and the other guy a Yamaha dirt bike. Idiots. On a small island like that you are bound to get caught if you’re showing off.” 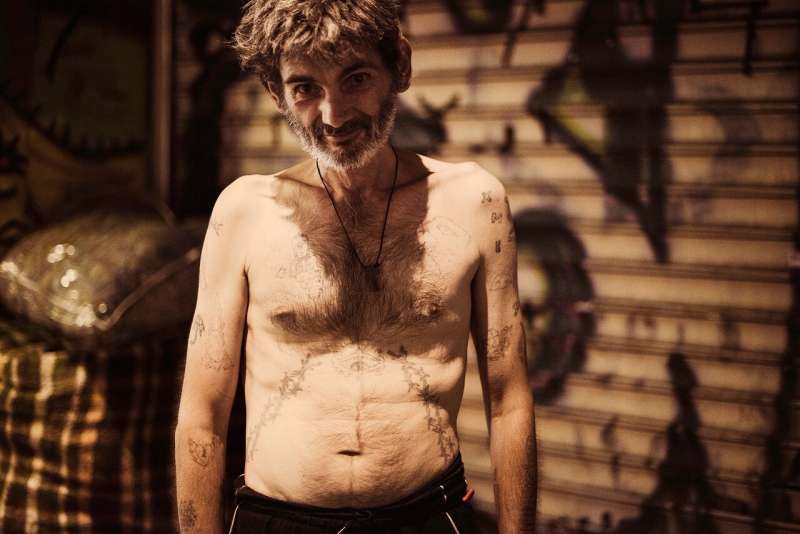 Christos served 13 years in prison. He showed us his release papers which he still carries with him.

“A reminder of the stupid things I’ve done,” he says.

It was in prison where Christos first got hooked on heroin. The drug quickly took over his life, and upon release from jail he turned to the streets of downtown Athens to score his fix.

“Once you’re hooked it’s hard to think of anything else. Your whole life is caught up with trying to score another hit.”

Christos has spent the last decade on the streets, in and out of shelters, sleeping on cold marble floors in the middle of winter and relying on petty crime and donations to feed his habit.

“It’s a life I wouldn’t wish on my worst enemy,” he says.

His heroin addiction, the carelessness of needle sharing with people you barely know, is what most likely led to him contracting HIV.

He now relies on the Greek government to supply him with the appropriate medicine, but he says the system is just as sick as the patients it is supposed to be helping, if not more so.

“The health system is so corrupt and no one is doing anything about it. The government receives a lot of money through European Union funding to pay for medicine to help HIV carriers but we rarely get the help we require, especially if we are on the streets, where most of us live. The government does get this money but very little of it is then spent to care for those of us which the funds are allocated to.”

So Christos, as with many others like him, continues to struggle on the streets. He has to deal with the dangers of living out in the open while trying to cope with his illness. But he refuses to give up. He says at age 43 he still has a lot to look forward to.

“Jesus gave me the strength to kick my heroin habit, I have been clean over a year. Now I must find the power to beat this sickness and get my life in order.”