Barrister by profession, inventor by vocation, Paul Kouris sees his revolutionary water turbine gain momentum as the climate agreement in Paris forces the world to turn to renewable energy 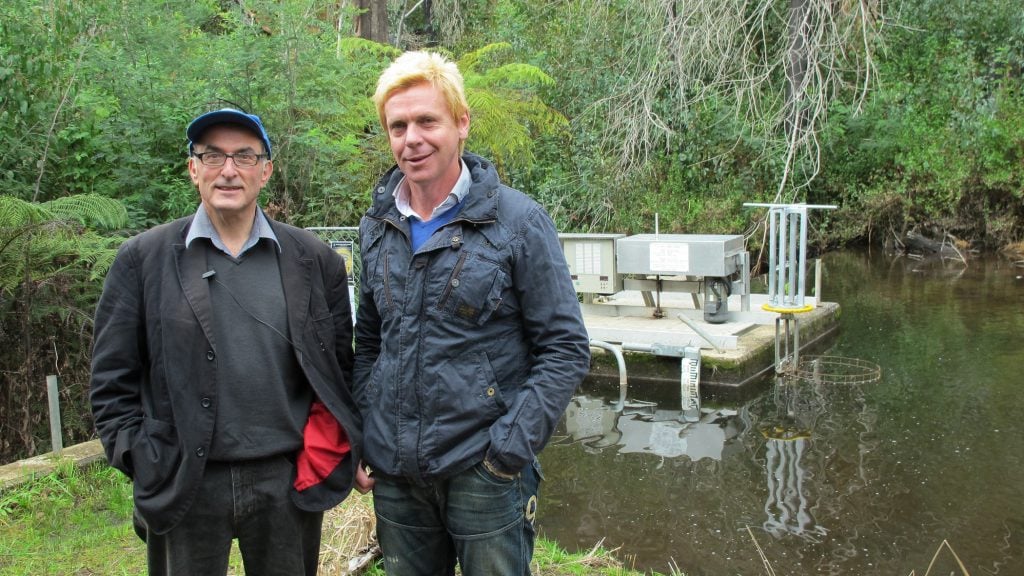 Barrister and inventor Paul Kouris (L), with his partner in manufacturing the turbine, Rohan Searle.

Following Malcolm Turnbull’s open call for an “ideas boom”, innovation became the word of the day, opening a window of opportunity for creative minds along Australia. Some were more ready than others.

“The definition of innovation is to use existing technology in an unexpected way to achieve the unexpected,” explains Paul Kouris, who has done exactly that. The Melbourne barrister is the inventor of the Kouris Centri Turbine (KCT), patiently waiting for 40 years for his idea to gain momentum, as the Paris Climate agreement proved that the world understands the need for sources of power alternative to fossil fuel.

It is telling to note that this need was evident in 1975, when Kouris was still a philosophy and law student at Monash University. Propelled by the energy crisis of the era, he held many passionate discussions with his engineer friends, about their “obligation to come up with an idea to improve the lifestyle of people”, as he puts it.

“We were beginning to learn about the impact of fossil fuel on the environment and we knew that nuclear was not the answer,” he remembers. “We had to move from coal, if we didn’t want to drown or get cooked.”

When he suggested to his friends to look for a way to put perpetual motion to practice, they laughed at him. He managed to have the last laugh; 40 years on, he has patented a new kind of turbine – the fourth type of turbine to ever be put to use – that seems to break the Newtonian conservation of energy principle, as it uses the power of a water vortex to create a hydropower system that generates electricity.

How does a philosophy and law student come up with an idea to find a new way to use hydropower?

Paul Kouris’ ‘eureka’ moment came while washing the dishes, when he noticed the vortex created in the sink. “A little voice in my head then said, ‘here’s your perpetual motion’.”

Trying to replicate it, through many prototypes, he came up with the KCT, which is composed of a cylindrical chamber with an impeller placed in the centre. Water is channelled into the container from the top left or right side (depending on which hemisphere the site is in). The container is hollow at the bottom, so as the water is fed in from one side it forms a vortex while exiting from the bottom of the turbine. The impeller revolves with the vortex’s force and the revolving impeller then powers a low rpm generator.

“The KCT works with rotational kinetic energy, not lineal kinetic energy,” explains its inventor. This is the defining point. Submersing the wheel in water minimises energy losses – which account for much of the conventional hydropower systems inefficiency, as they tend to overflow – while the wheel slows the water down. By contrast, the KCT wheel works “like an egg beater”, in the words of Mr Kouris, doubling the output, and putting to use the power created by the suction of the vortex.

The other main difference is that the KCT only requires a sufficient fall to allow a vortex to form. The domestic KCT operates in a vortex chamber that is only 2m in diameter and 60cm deep, thus being much smaller in size than a conventional turbine that needs a minimum fall from a height of three metres, massive quantities of water and all the infrastructure that goes with it to be efficient.

This turbine can power a standard western house – and about 20 African ones.

“Our aim is to give power to the people,” says Mr Kouris, explaining that the third world markets are more appealing to his project.

“In advanced countries, the shift from fossil fuel to renewable energy is a choice of the best way to maintain a certain lifestyle. But in the third world you can really make an impact and change lives,” he says, pointing to the fact that approximately 1.5 billion people around the world are deprived of electricity. His licensee has secured contracts for distribution and installation in Angola and Rwanda, where policies for housing are being implemented.

But Mr Kouris wishes for his invention to be put to use in large-scale projects, such as municipal councils in areas with waterways. His larger turbines – 2m in diameter and 2m in depth – can power ten houses and, if several of them are put in a river, they can have a much greater effect.

There is one river which might benefit from Mr Kouris’ invention very soon – and it is not any river, but an iconic one.

“While we participated in Australian Business Week in New Delhi, our pavilion was visited by the representatives of the organisation running the National Ganga River Basin Project in India, on behalf of the World Bank. They were impressed by the KCT and asked us to provide a quote for 300 turbines to be installed and helped rejuvenate the river. We’re currently in discussions in order to go on with the project,” says Mr Kouris.

As for the inventor’s own countries – both his home country and his country of origin – there’s still a long way to go.

“Australia is probably the worst country in the world for renewable energy, at the moment,” he says, citing its dependence on the mining and coal industries as the cause.

“The big companies have spent billions of dollars to ensure nothing changes,” he adds, and expresses distrust towards politicians. “The Labor government had proposed funds for renewable energy, but once you went to ask for it, you had to tackle a very complicated process,” he points out.

As for Greece, a country that could benefit from renewable energy, it has an “impossible bureaucracy system”. Yet the first KCT is already installed, and KapaLamda, the manufacturer in Greece, is in talks of expanding in Trikala – where he found the turbine’s ancestor.

“Spyros Lyssoudis, the managing director of KapaLamda, together with his wife, Dimitra, visited Krania, a small village close to Trikala, in Thessaly, for a KCT site inspection. They met with the owners of a property; great interest was shown in the KCT.

“Coincidentally their father in the past had a small laundry business next to the local river using dristeles, a type of ancient heavy duty vortex washing machine the villagers used to clean their carpets. There were many such Vortex washing machine sites within the district. So it seems the KCT harnesses the wisdom of the ancients and stands on the shoulders of giants!”

Revised: This story was previously titled: “An inquiring mind with an answer to energy demands”