To help the world of volunteers and NGOs rescuing asylum seekers 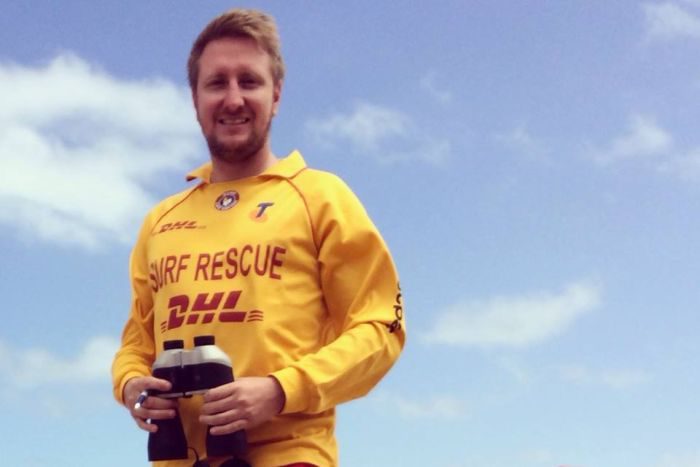 Simon Lewis, a volunteer lifesaver, flew from Melbourne to Lesbos, in order to help rescue refugees crossing the Aegean by boat.

The image of three year old Aylan Kurdi’s body, washed ashore a Turkish beach is arguably the most striking of 2015, serving as a wake-up call for the international community to the plight of refugees crossing the Aegean, as they seek asylum from war-torn Syria to Europe.

For Simon Lewis it was much more; it was a call to arms, urging him to travel half a world away, from Melbourne to Lesbos, putting his skills to use, assisting the activists, volunteers and NGOs that are trying to assist refugees swarming the Greek island.

The 32-year-old St Kilda Life Saving Club captain left Australia to join a 24-hour crisis centre set up on Lesbos to rescue those who get into trouble in the water as they try to reach the island by boat. “They don’t really put themselves in a boat to go across the sea for no good reason. They’re fleeing, they’re panicking and they’re fearful,” he said, in an interview with ABC.

“Some of them can’t swim, and some of them have never seen the water before, and they’re making that journey for freedom for a better life at all costs”, he continued, justifying his choice to go and assist to those in danger of drowning in the water.

The volunteer lifesaver, who was chosen by the International Surf Life Saving Association to go on the eight-day trip, managed to raise over $12,000 via a crowdfunding campaign to help pay for his trip and to buy new equipment for the crisis centre.

His role in Lesbos, one of the main entry points for asylum seekers making their way to europe by boat, due to its proximity to Turkey, will require much more than saving people from drowning; volunteers and activists very often have to pull dead bodies out of the water. Over 3,700 asylum seekers are known to have drowned or are missing

According to the International Organisation for Migration, since January 2015 over a million asylum seekers have arrived in Europe by sea.