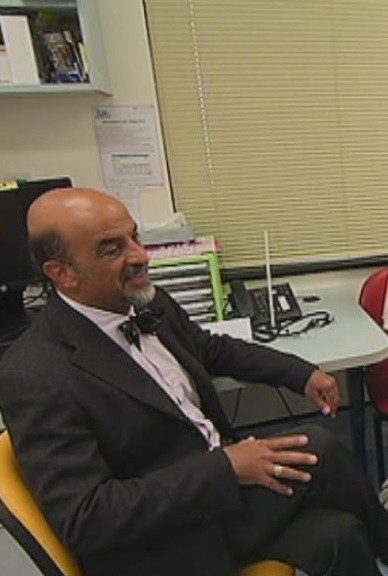 Professor John Christodoulou had his last medical appointment at The Children’s Hospital in Westmead a few days ago.

After 18 years as the head of the Western Sydney Genetics Program, Professor Christodoulou has been appointed to the Murdoch Children’s Research Institute in Melbourne, named chairperson of genomic medicine.

The 58-year-old researcher has treated close to 1,000 patients, exploring rare diseases and becoming a leader in Australian genomic medicine. He has been able to save many of his patients from severe intellectual disabilities and is now heading to Wollongong University to study health science.

But Professor Christodoulou’s true focus has been his devotion to the diagnosis and treatment of children with rare diseases and has said that advances in genetic medicine, known as massive parallel sequencing, would revolutionise medicine.

His ultimate goal is to identify targeted therapies to improve the health of these children.

Born in Sydney in 1958, he obtained his medical degree at the University of Sydney in 1981 and moved to Melbourne to finish his training in paediatrics.

The professor also undertook specialist training in clinical genetics, completing his PhD in the field of genetic metabolic disorders at the University of Melbourne in 1991. He remains a professor in the discipline of paediatrics and child health.

In 2010 he became a Member of the Order of Australia (AM) in recognition of his contributions to genetic practice and research, particularly in the area of genetic metabolic disorders. Also in 2010, the Australasian Hellenic Educational Progressive Association (AHEPA) honoured him with the Ippokratis Award for his outstanding achievement as a medical professional.

He is currently a member of the International Scientific Advisory Board of the Cyprus Institute for Neurology & Genetics.