By encouraging more people to speak Greek at home, at school, or at social gatherings, the Victorian Greek diaspora will become stronger 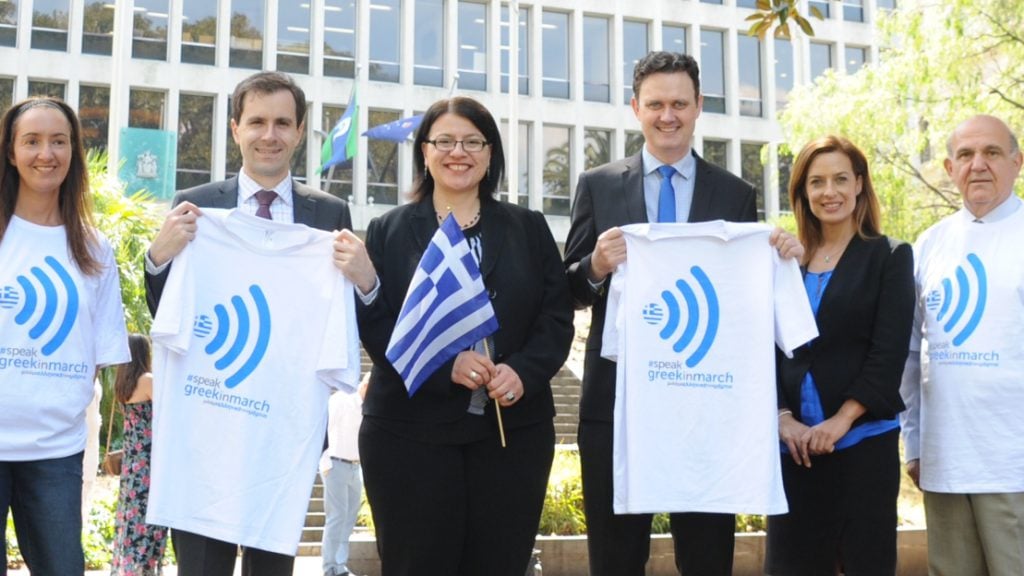 Minister for Multicultural Affairs Robin Scott has announced that the Andrews Labor government will provide $20,000 towards the Speak Greek in March campaign.

Now in its second year, Speak Greek in March promotes the Greek language in the community and encourages upcoming generations to learn Greek. The campaign includes lectures, competitions, exhibitions and promotion in schools.

The campaign runs throughout March to coincide with the first term of the school year as well as a number of Greek cultural activities, including the celebration of Greek Independence Day and the Lonsdale Street Festival.

Greek is the second most popular language after English in Victoria. According to the 2011 census, approximately 117,000 Victorians spoke Greek at home.

By encouraging more people to speak Greek at home, at school, or at social gatherings, the Victorian Greek diaspora will become stronger.

“Melbourne is proud to be the third-largest Greek speaking city outside of Greece, and one of the best ways to preserve and share its culture is through language,” said Minister for Multicultural Affairs Robin Scott.

“Victoria’s diversity is critical to our success as a state. Initiatives such as Speak Greek in March help to maintain and promote that diversity, not just for Greek Australians, but for all Australians,” he added.

Minister for Families and Children Jenny Mikakos said that preserving community language is an important way for migrants to stay connected to their culture and for future generations to develop such a connection.

“As a bilingual speaker myself, I recognise the enormous contribution that the Greek language has had in mathematics, science and other fields of learning,” Ms Mikakos said.

The Speak Greek in March campaign aims to encourage and to give opportunities to Hellenophiles and speakers of Greek to use the Greek language as much as possible in their everyday lives.