Jonathan Barthelmess in action with his Tokyo kitchen staff.

Sydney restaurateurs Jonathan Barthlemess and Sam Christie launched the first modern Greek restaurant to ever open in Tokyo on Thursday 31 March.
The Apollo Ginza, their latest joint venture in the heart of Japan, is situated in the up-scale luxury retail precinct, on the top floor of Tokyu Plaza Ginza.

“I’m very excited. It’s quite unreal; it looks like The Apollo as well, so it’s kind of being in a building like Tokyo which feels like home,” Sam Christie tells Neos Kosmos a few hours before the restaurant’s official opening. 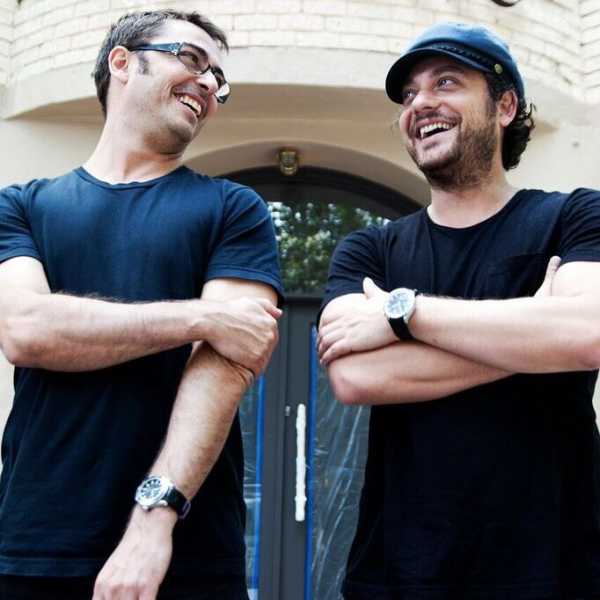 “There may have been a couple of other small Greek eateries in Tokyo … a souvlaki place … but nothing at this level.”

“We had the Greek embassy here yesterday for lunch and they loved it, which is really flattering. The feedback was great and they said that our tarama was the best they’ve ever had,” he enthuses.

Christie and Barthlemess’ off-shore child will follow the example of its hugely popular NSW sibling, which has been one of Potts Point’s main culinary attractions since it opened its doors on Macleay Street back in February 2012. They were approached by Transit, Bill Granger’s Japan-based restaurant and cafe group after they ate at The Apollo in Sydney.

“The project has been in the pipeline for almost two-and-a-half years since the first contact from our Japanese partners,” he explains.
“We are planning on delivering the same quality of food and overall feel that one can get at The Apollo.” 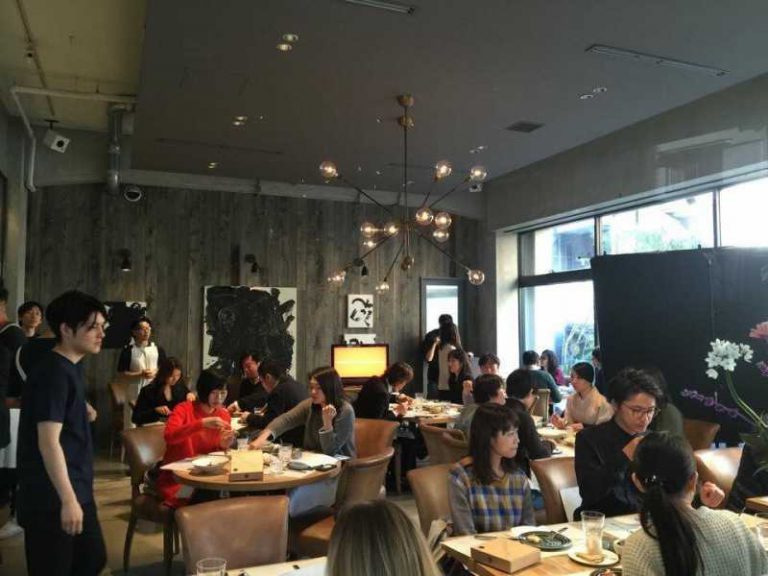 The Apollo is an award-winning modern Greek restaurant with the emphasis on simple dishes while accentuating the strength and freshness of Mediterranean flavours. In its first year, it received 2012 Best New Restaurant in the inaugural Time Out Sydney Food Awards and has continued to grow from strength to strength, voted Top Ten status for the The Sydney Morning Herald Good Food Guide People’s Choice award in 2015.

The Apollo’s mouth-watering Greek Australian fusion cuisine has not only seen it retain its One Hat status, but also gained Barthlemess’ menu a one-star rating in The Top 100 in the Gourmet Traveller Restaurant Awards. 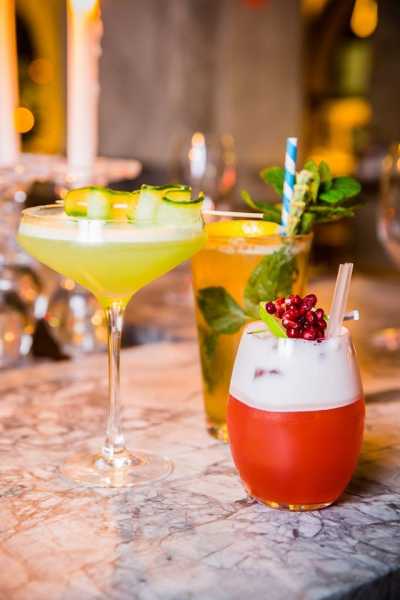 For this accomplishment Christie and Barthlemess are both “proud and happy”.

Building on their success, in February 2014 the duo opened the thriving Japanese joint ChoCho Cho San in Potts Point, which has given Barthlemess the opportunity to explore and interpret the rich heritage of Japanese food in a style that’s produce-driven, simple and elegant. 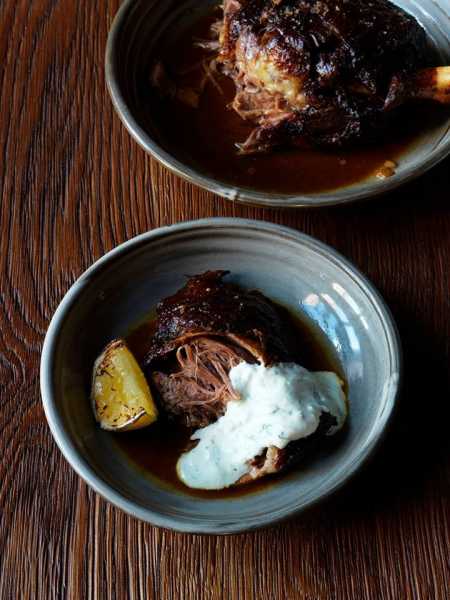 The rich and multi-layered food and drink culture in Tokyo inspired them to re-imagine the Japanese izakaya in an Australian vein. Japanese people seem to take a special liking to Greek flavours and the freshness of seafood and vegetables in Tokyo has been a plus to create authentic Greek recipes.

“It’s hard to predict what the most popular dish will be here in Tokyo,” Christie muses.

“Finding suppliers for certain products was challenging,” he tells Neos Kosmos, “but we managed to locate the best so we are doing lamb cutlets here as well as the baked lamb.” 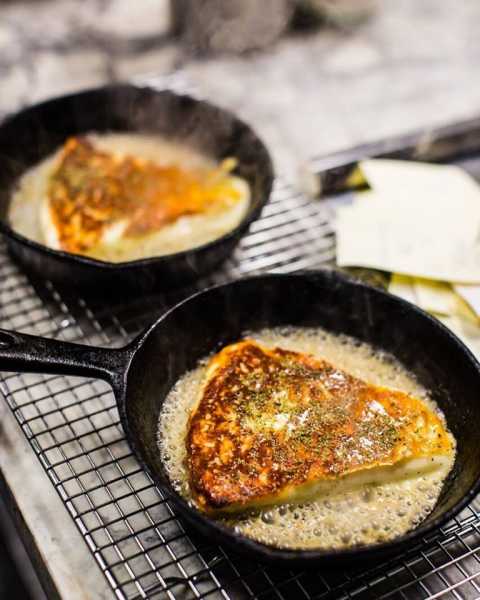 “We have also added more char-grilled beef-cuts from Japan, something we don’t do in Sydney.”

Jonathan Barthlemess, who has relocated to Japan temporarily, said the chance to work with his Japanese counterparts was incredibly fascinating.
“I hold great respect for the sincerity, humility and professionalism which is integral to Japanese culture.

“I am excited to create a menu that features The Apollo classics and also has plenty of room to accommodate new dishes suited to local palates,” he enthused. The menu will therefore continue to include a focus on its classic shared plates and dishes cooked over a wood-fire.

“The Japanese love set menus, so at lunchtime we’ve got three different ones running. We aim for more people to be introduced to our signature dishes and to make it more affordable,” he emphasises. 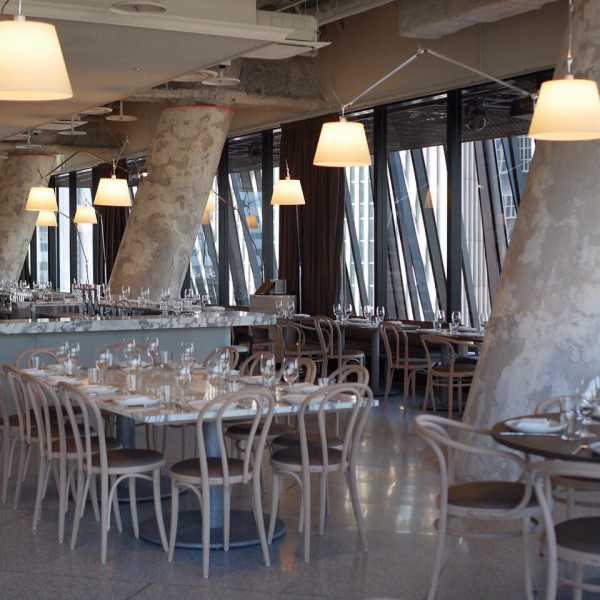 The Apollo Ginza will offer guests a 180-seat dining space with an impressive and functional interior also designed by Greek hands.

Winning the Best Restaurant Design 2012 Belle Interior Design Awards, the architect responsible for the Sydney and Tokyo fit out is George Livissianis.

His minimalist approach with grey, pared-back interiors at The Apollo has created synergies to the Greek landscape, a dusty palette, an engagingly simple setting with a level of sophistication.

With such a team at its helm there’s no doubt The Apollo Ginza will have Tokyoites at konnichiwa.

For more information go to theapollo.jp