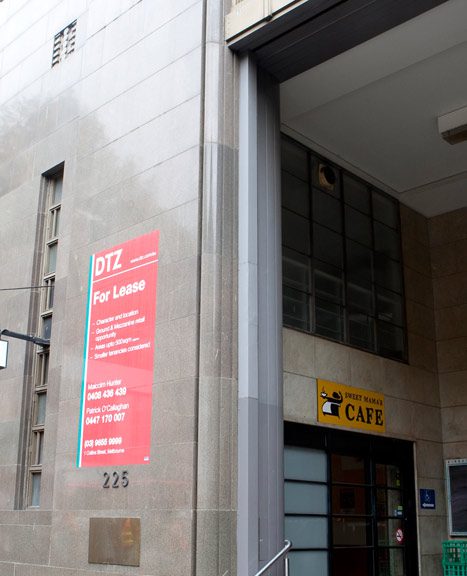 The City of Melbourne is currently in the process of finalising the new lease arrangements with Globalize for the 225 Bourke Street ground level floor that housed Sweet Mama’s Cafe up until two weeks a fortnight ago.

The decision comes off the back of a petition signed by thousands of loyal customers to save the eight year standing cafe.

The council’s refusal to grant the cafe a lease has not been taken lightly by cafe owners George Mantizanidis and and Agyris Straseas, who will now seek $250,000 in compensation for the damages.

“I feel very bitter because it’s the end of a great little business which we improved on and built a good little clientele since we started in 2002,” said Mantizanidis.

“It has put a huge dint in our finances, and cost four staff, including myself and my business partner, our jobs.”

It was inevitable that Sweet Mama’s Cafe would have to relocate its position as it occupied a disabled access area.

Mantizanidis stayed on past the end of lease date and paid the extra rental costs (previously paid by the Commonwealth Bank) in the belief that Sweet Mama’s Cafe would be relocated.

However much to his surprise on Christmas Eve 2009 he received an eviction notice.

“I hired a tenant’s advocate who served them with an injunction and they backed off straight away because they knew they were in the wrong but it didn’t help me much because it only extended our stay for 4 months,” he said.

“We’re out now and we have nothing to show for it. “

According to the tenancy advocate Ange Kondos of The Lease Police, Melbourne City Council presented Sweet Mama’s Cafe with a Heads of Agreement offer to lease in late January which they (Sweet Mama’s Cafe) signed off on, however no dates were specified.

“As soon as we filled in the dates to make them accountable and equitable to Sweet Mama’s, the council withdrew their offer,” he said.

“It is clear that there are separate agendas…they can’t keep chopping and changing their minds and putting people on the street because of a third party.”

“The City of Melbourne made an offer subject to some necessary conditions but Sweet Mama’s Cafe did not reply to the offer by the stipulated deadline,” she said.

The council did not disclose the details of the offer when asked by Neos Kosmos.

Victorian Civil and Adminstrative Tribunal (VCAT) proceedings have been filed and will commence within weeks.