Federal Budget 2016: Breaking down the politics 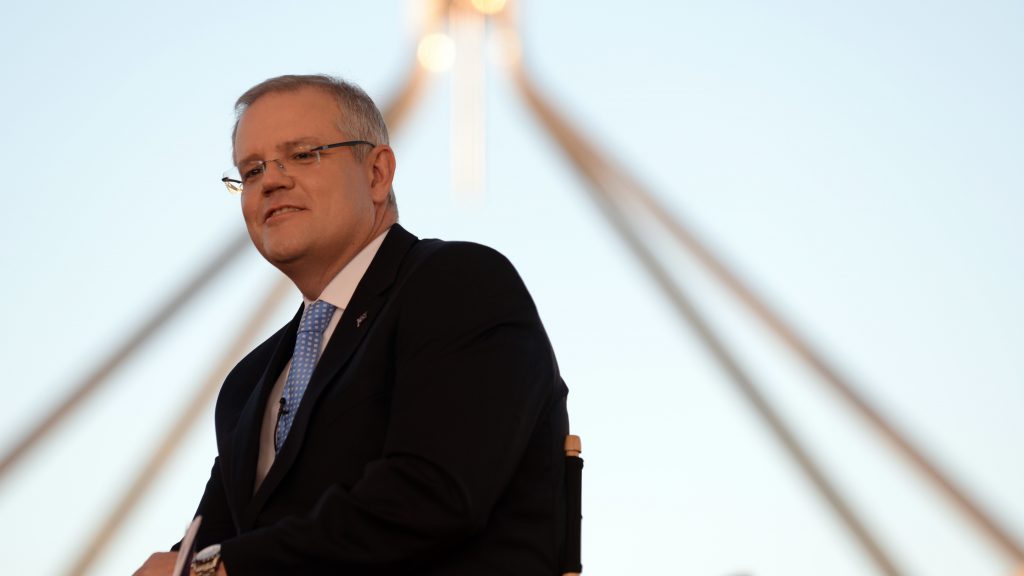 While they are the centre-piece of economic policy, annual budgets are primarily political statements by the governments that formulate them. This is particularly true of budgets that are formulated ahead of an election. In such circumstances, even the most ardent advocate of small government can see the need for promises of government programs and financial assistance to voters if political survival is on the line. The flip side of this, meanwhile, is that a government will always choose the first year of its election cycle to dispense harsh policy panaceas to perceived economic and social problems.

When the Liberal-National coalition was elected to government under Tony Abbott’s leadership, the new administration’s first budget was a case study of this pattern in action. Buttressed by an economic audit undertaken by sympathetic economists, the Abbott government sought to reduce the federal government’s liability by proposing significant cuts on spending in government programs (especially in education and welfare) and by trying to impose more user-pays principles to higher education and health.

Associated with these practical manifestations of its view that major budgetary ‘reform’ had to be undertaken in the aftermath of six years of Labor government, the Abbott government reached to the ideas of social conservatism to construct a narrative for its approach.

Consequently, the then treasurer, Joe Hockey, tied his budget to conservative critiques of the way welfare had become so pervasive it had created an ‘entitlement’ mentality as far up as the upper reaches of the middle class. The new socially conservative government, he declared, would end the age of entitlement.

One of the problems for both Hockey and Abbott was that the Australian Senate refused to agree to many of these contentious policies. The Abbott government’s first budget thus ended up being hamstrung in the upper house, all the while providing time and space for the Labor opposition to successfully brand it as ideological and unfair. The opinion polls showed that the Labor critique was resonating with voters who have shown in the past that they too are rarely enthused by government that appears to be both inequitable and ideological.

As the Liberal leadership transition occurred, support for the Coalition as measured by the opinion polls surged, suggesting that the electorate was as relieved to see the back of Abbott as some of the Liberal party back-bench. Turnbull could have gone for an early election right there and then to capitalise on this altered dynamic, but he did not. Instead, the government began a series of debates about economic reform in which tax figured prominently.
During this period Turnbull and Morrison gave the impression that the GST might increase, and that the federal government would get itself out of funding health and education by forcing state governments to impose income taxes.

Opinion poll support for the government began to fall again. Sensing that the Turnbull government appeared to be struggling to define its policy objectives, the Bill Shorten-led Labor opposition sought to be pro-active and began flagging some initiatives of its own. It indicated that a Labor government would address tax policy to remove the practice of high income earners obtaining tax concessions by diverting some of their wealth into superannuation. It promised to address the negative gearing provisions in the tax act that provides tax concessions to those purchasing investment properties. It would find more money for education by raising tobacco taxes. It also said that it would return to the matter of climate change policy.

As the months of the new Turnbull government dragged by, speculation arose that the prime minister would wait until November to call an election. This changed when a sudden burst of action to change the Australian electoral law to abolish the use of party tickets in Senate voting indicated that the next election was going to be held sooner rather than later. The expectation now was of a double dissolution election on 2 July. To accommodate this, the government had to alter the schedule for introducing its budget.

These, then, were the political conditions in which Scott Morrison was to bring down his first budget as the new treasurer. The pressures on him were quite significant. Labor’s proactive campaign on superannuation and negative gearing had highlighted inequities in the tax system that, were they to be addressed, could result in significant increases in revenue. However, vested interests such as the superannuation industry and the property investment sector opposed these ideas and reminded the Liberal party that these interests were core constituents.

Meanwhile, the close proximity of the election meant that some form of generosity had to be extended to swinging voters – or, at the very least, nothing should be done to raise their tax burden. Seeking to exert counter pressure here were economics experts and social progressive policy think tanks who all warned the government on the urgent need to find new ways to tax people lest the budget deficit continue to grow. And looming over this was the residue of the Abbott government’s 2014 budget, with its extensive cuts to expenditure and its darkly conservative view of the human condition.

Whether by accident or design, the Morrison budget turned out to be a political master-stroke. Its over-arching achievement was to be seen as basically benign. Its other strength was its selective cherry-picking of some of Labor’s ideas. The superannuation changes were announced, and the way this appeared to impact on the very wealthy negated the claim from Labor that the tax cuts brought in by way of altering the income threshold at which the top tax rate kicks in was, in fact, a windfall for high-income earners.

The government made it clear, however, that it would not touch negative gearing. In so doing, Morrison has outflanked Labor and is leading Mr Shorten into the trap of proposing a reform that may not be enthusiastically embraced by swinging voters at all. The trap for Labor is to be seen to be caught up in the politics of class envy. It is a trap Mr Shorten seems quite keen to fall into.

Commentators also noted the lack of explicit commitments on education and health. These things had been dealt with under the auspices of COAG and has been somewhat off the agenda ever since. Meanwhile, economic analysis seemed to indicate that Labor had over-estimated the revenue from increasing the tobacco tax. In a spectacular sleight of hand, Morrison pinched Labor’s idea of increasing tobacco taxes while simultaneously upbraiding Labor’s profligacy with regards to its proposals for funding education.

Here was a warning for Labor over how its attempt to be pro-active on policy will potentially cause it problems. Voters always see Labor as being poor on being able to manage the budget deficit, and this must be frustrating shadow treasurer Chris Bowen, who has spent every moment since the budget trying to draw attention to the lack of costings in the Morrison budget’s company tax cuts and the ballooning of the deficit that has occurred since the Coalition has come to power. Instead of discussing the failure of the Liberals to match fiscal reality to its rhetoric, the political commentariat has focused in on the alleged ‘funding black hole’ in Labor’s cigarettes-for-education proposal.

There is another looming problem for Mr Shorten. His party’s decision to persist with climate change as an issue despite the huge political damage this matter has caused Labor since 2007 shows that Mr Shorten and many of his colleagues have not learned much from the drubbing they got in the 2013 election. Presumably Labor’s obsession with this issue reflects the concern it has about losing more inner city seats to the Greens.

Mr Shorten’s commitment to pursuing greenhouse gas emission cuts but at the same time promising to not bring in a carbon tax sounds eerily like Julia Gillard’s campaign approach ahead of the 2013 election. Mr Morrison, meanwhile, said virtually nothing on climate change in his budget. The election will reveal which approach is closer to the sentiments of the swinging voters in the outer suburbs and in regional Australia.

There was much gossip over the summer that relations between Mr Morrison and Prime Minister Turnbull had reached such a low point that events had to be staged to show that the two most important men in government were still actually talking to each other. The treasurer’s job was to formulate a budget that would not alienate swinging voters, would provide the government room to attack its Labor opponent, and maintain the much more optimistic narrative about the economic future being articulated by the new prime minister.

The Morrison budget has done precisely these things. It is being perceived as benign mainly because the dreaded GST has not been raised. Its reform of superannuation tax concessions for the rich make it look fair, even though hardly anyone benefits from its so-called ‘tax cut’. It cherry picks Labor ideas but leaves the opposition looking like ideologues with its persistence over climate change and its class-division rhetoric over negative gearing. It has even managed to make its new version of work-for-the-dole policy sound a lot more pleasant and positive than the approach taken by Abbott and the ultra-conservatives.

For all their alleged enmity, Scott Morrison has set his prime minister up with a budget that should allow the Coalition to win the next election. It’s now up to Turnbull to make something of the good groundwork the treasurer has done for his government.

* Dr Nick Economou is a senior lecturer in the School of Social Sciences, Monash University.