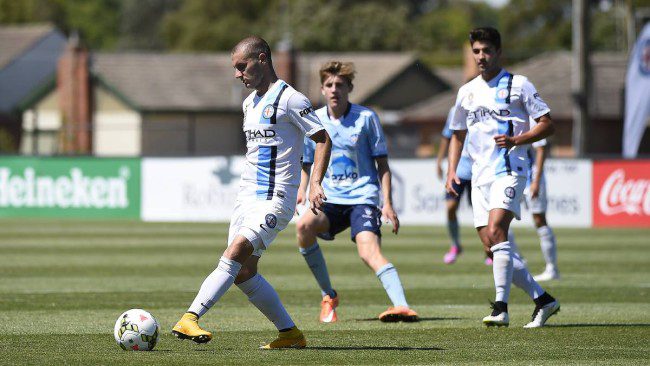 It’s that time of the season when NPL clubs take stock of their lists ahead of the mid-season transfer window and announce new signings to try and strengthen their squads.

One of the most active clubs in the market has been Oakleigh Cannons, which announced four new signings and the return from long term injury of a key defender. The Cannons, currently sitting in sixth place on the league table, have acted in response to the loss of a couple of players and because the team is keen to consolidate its place in the top six.

The new signings include versatile 21-year-old defender Jacob Collard, who spent three years with Perth Glory youth team. He can play a number of positions in defence as well as midfield, and he joins the Cannons after a short spell at Hobart Olympia.

The Cannons are hoping to find some goals from NZ signing Sean Lovemore. The 23-year-old is a former Waitakere United striker, the club for which former Cannons striker Nathaniel Foster-Bowen also played. Incidentally, current Dandenong Thunder scoring sensation Brandon Barnes also had a spell at the New Zealand club.

Another signing comes from much closer to home in the form of 28-year-old defender/ midfielder Kostas Stratomitros, who joins from State League One club South Springvale. Prior to South Springvale, Stratomitros played in the Greek second division with APS Zakynthos and Panegialios.

The Cannons also welcome back central defender Adrian Chiappetta from an ACL knee injury picked up in pre-season. Chiappetta and the new signings will help cover the loss of full back Danny Black to injury and midfielder Corey Slevin to work commitments.

A-League youth teams continue to be a rich supply of players looking to keep playing in the A-League off-season and perhaps attract the interest of A-League senior coaches.

Bentleigh Greens have signed 19-year-old midfielder Kieran Dover from Melbourne Victory Youth. The mobile and skilful English teenager began his football in Melbourne with Berwick City at junior level before joining Dandenong Thunder and then graduating to Melbourne Victory Youth, also making one appearance with the senior Victory team.

“I thought Kieran was excellent, especially in the first half,” the coach said. “I thought he got a bit tired in the end. He’ll realise it’s a much bigger ask to play at Bentleigh Greens, especially on physicality. The teams will play like they’re playing their last game on earth when they’re playing against us. He’ll understand that. I’ve no doubt Kieran will leave his mark on Bentleigh Greens.”

Meanwhile, at Olympic Village, where injuries have hit the Bergers hard over the last month, coach George Katsakis has been keen to deepen his squad for the second half of the season as the third-placed team aims to challenge for end of season honours. The Bergers have also looked to the ranks of A-League youth and signed ex-Melbourne City youth Phil Petreski. The 21-year-old, left footed central midfielder captained the 2014/15 NYL championship winning team under Joe Palatsides and has also represented FYROM at international U21 level.

Between 2012 and 2014, Petreski had loan stints at South Melbourne and Northcote City. This season he was at Melbourne City’s NPL2 side before crossing to Olympic Village, where he is expected to bolster the midfield.

Bergers’ neighbour Northcote City has announced the signing of 21-year-old winger Borbor Sam, who spent three years at Perth Glory youth. The Nigerian-born Sam is expected to become available for his debut after round 14.