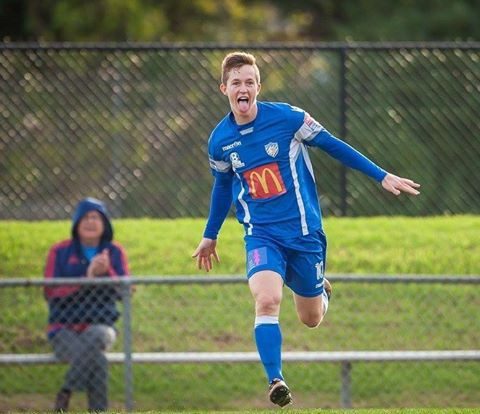 The closure of the mid-season transfer window during the week, saw a late flurry of transfer activity at several NPL clubs. In contrast to most NPL clubs which have picked up three or four new players during the window, Northcote City has signed no less than 11 new players with most coming from interstate.

If last weekend’s performance is anything to go by, it seems that coach Goran Lozanovski’s recruiting strategy is producing immediate results. The coach gave four of his new players a start against Melbourne Knights, and the team produced the surprise result of the round by winning 5-0. Former Newcastle Jets striker Braedyn Crowley showed he has an eye for goal bagging all five goals.

The confidence boosting result lifts Northcote off the bottom of the table and also lifts the hopes of the club, that with 10 rounds remaining it may be able to fight its way clear of the relegation zone.

Every match is crucial for Lozanovski’s side, beginning with its round 17 match last night, when it visited Pascoe Vale, a side just above it on points. With Melbourne Victory hosting Richmond today, the round looms as vital for the bottom four teams.

Saturday’s other NPL 1 match sees fifth placed Oakleigh Cannons visit sixth placed Hume City this evening. The Cannons face a Hume City outfit buoyed by its midweek qualification for the round of 32 in the FFA Cup, following a comfortable 4-0 win over Richmond. Whilst Hume has scored some big wins this season over lower placed clubs in the league, it has only won once against a top six opponent. The Cannons won the first encounter between the two clubs 2-1 at home, this season. Oakleigh is enjoying a run of four straight wins at present and have the benefit of a week’s rest, after last weekend’s match against Richmond was postponed.

After being eliminated from the FFA Cup by Melbourne Knights midweek, Port Melbourne Sharks make an immediate return to the Knights Stadium for a second go at the Knights. With both teams equal on points just outside the top six, a win is vital for each to stay in touch with the top six.

South Melbourne also needs to put the bitter disappointment of its midweek elimination from the FFA Cup behind, when it hosts Bulleen Lions on Sunday. Expect some changes to the league leader’s line-up following the 4-0 loss to Bentleigh Greens. The last time Souths met the Lions, South escaped with a point through a late equaliser.

At Olympic Village on Sunday, third meets fourth as the Bergers host Green Gully. Heidelberg will be hoping to bounce back quickly from a surprise 2-1 defeat last round at lowly Pascoe Vale. Spectators will be hoping for a more attacking encounter than the first meeting of these two this season which produced a scoreless draw.

In NPL 2 E, second placed Kingston City closed the gap on league leader Dandenong Thunder to just two points after Thunder dropped its first points of the season last week in a 3-3 away draw to Whittlesea Ranges. On Saturday, Kingston faces the tough challenge of taking on cross conference league leader Moreland Zebras, in a bid to stay in touch with Thunder.

In NW 1, struggling Altona East faces a tough challenge when it visits fourth placed Banyule City on Saturday, whilst Yarraville travels to Keilor Park for a mid-table clash today. While Western Suburbs will host Westgate in another mid table clash on Sunday.