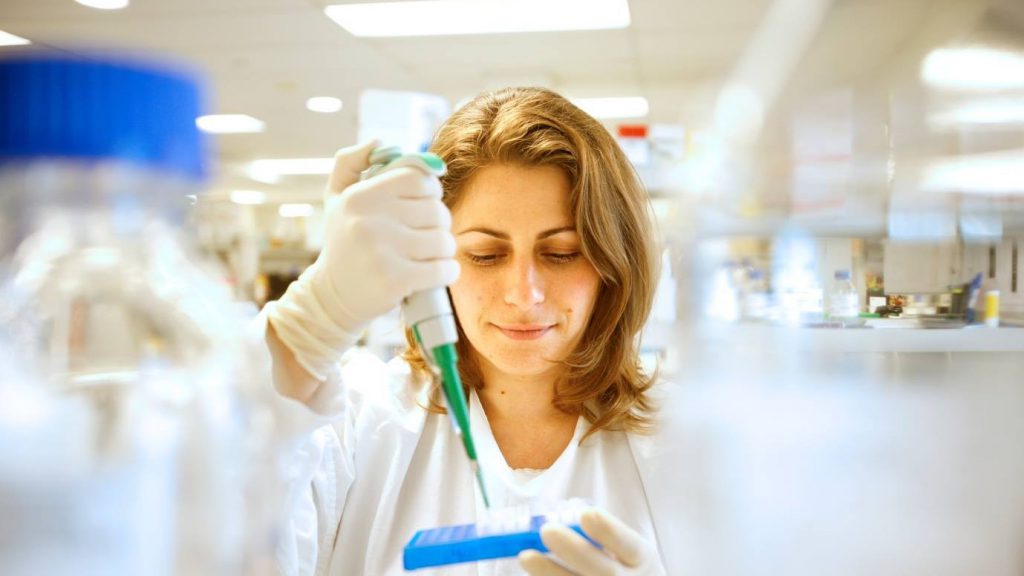 Ovarian cancer is a devastating health burden, affecting more than 240,000 women each year, of whom more than 150,000 die worldwide.

The ovarian cancer developed far too quickly. She was diagnosed too late.

Dubbed ‘the silent killer’, even though it counts for only 4.5 per cent of all female cancers, the disease has a high mortality rate of over 70 per cent, attributed to late diagnosis and ineffective therapy.

While cervical and breast cancer can be diagnosed by Pap smear and mammography respectively even at the beginning of cancerous changes, there is no effective screening for ovarian cancer.

The lack of an early detection test sees most women present with an advanced and incurable disease, which is exactly how Irene Stavrakakis lost her mother in 2013.

After an ultrasound in September 2008 where no signs of cancer we found, Stavrakakis’ mother returned to her normal daily routine ignoring her symptoms, which she attributed to food intolerance and hormonal changes.

Not more than three months later, in December 2008, she was diagnosed with ovarian cancer but by this point, her disease had already developed to Stage 3.

“The ovarian cancer developed far too quickly. She was diagnosed too late,” says Stavrakakis.

“If we had more accurate measurements to detect my mother’s cancer in September, it wouldn’t have been too late in December.”

Being an ambassador for the Ovarian Cancer Research Foundation (OCRF), Mrs Stavrakakis displays her love and support for families who are touched by this disease and wants to raise awareness of the OCRF’s research and work towards developing an early detection test that will save women’s lives, using her own personal experiences as a springboard.

“Without an early detection screening,” she stresses, “more women are going to have their lives cut by this silent killer, robbing people of their mothers, sisters, partners, grandmothers and friends. Survival rates will improve with an early detection test.”

Having been deeply affected personally by this disease, Stavrakakis has a vested interest in supporting the work of the organisation and yearns for the day such a test is developed.

“The OCRF is working towards saving women’s lives and people need to know that,” she says.

“I have witnessed every moment of my mother’s suffering, every stage of the disease. It’s a brutal cancer.”

Stavrakakis has, since her mother’s passing, hosted fundraisers at her café in Richmond to raise awareness and funds for the OCRF, which relies solely on the financial support of corporate Australia and the broader community.

The OCRF, founded in May 2000 by gynaecological oncologist, chairman/associate professor Thomas Jobling and businesswoman CEO Liz Heliotis, is Australia’s leading independent body dedicated to national ovarian cancer research and to improving the survival of women affected by it.

The initiative was instigated by Greek Australian Heliotis, who at the time had started losing friends and colleagues to cancer in all forms in their 20s and early 30s.

Rather than simply remaining devastated and appalled, Heliotis chose to educate herself on the various types of cancers. It was during her investigation of the gynaecological cancers that she discovered ovarian cancer was both the leading cause of death and the only cancer without an early detection test.
She became committed to galvanising her vast business network, to set up a foundation for research and early detection. Since the foundation’s inception in 2000, Heliotis has relished the opportunity to work alongside like minded partners and stakeholders who bring their commitment and talent to the frontline and are the forerunners of proactive changed future outcomes for global health.

Professor Martin K. Oehler, director of gynaecological oncology at the Royal Adelaide Hospital and senior research associate for the OCRF, is one of them.

“Despite advances in surgery and chemotherapies, no substantial improvement in ovarian cancer survival has been observed over the last two decades,” he says.

“The key to ovarian cancer survival lies in the development of better diagnostic methods; if diagnosed early, over 90 per cent of ovarian cancer patients can survive beyond five years compared with only 20-30 per cent when diagnosed at a late stage.”

Due to its deficiencies, CA125 (still considered the gold-standard ovarian cancer blood marker) has been combined with other screening methods such as pelvic ultrasound to improve the accuracy of ovarian cancer detection.

“Due to the lack of an accurate ovarian cancer blood test intensive research has therefore been ongoing over the last decades to identify new sensitive tumour markers,” Professor Oehler says, adding that there are several profound difficulties associated with traditional biomarker discovery focused on blood markers.

“For example, there are quantitative obstacles in early-stage cancer when the tumour is very small and therefore only very small quantities of the target marker are produced and secreted into the blood stream. There are also qualitative issues as the markers in many cases are often masked by the complexity of blood. Consequently, biomarkers remained undetectable for many years due to technological limitations.”

As the professor further explains, through recent, detailed analysis of the ovarian cancer genome, the research community has gained a better understanding of the heterogeneity of ovarian cancer which is not a single disease, but rather a group of cancers with different genetic makeup and properties.

“While, in the past, all patients with ‘ovarian cancer’ received similar treatment, the knowledge of specific ovarian cancer subgroups will allow the development of more specific targeted therapeutics based on the molecular profile of each patient’s cancer.
“This personalised treatment will be more effective than current therapies and ultimately lead to improved survival of affected women,” Professor Oehler emphasises.

“Cancer precursor lesions have been identified in the Fallopian tube – so called STICS – which has revolutionised our understanding about ovarian cancer,” he says.

“Different approaches to identify and retrieve precancerous Fallopian tube cells from women who might be at risk of developing ovarian cancer, for example through cervical Pap smears, are now under evaluation and could potentially be the basis of a totally new approach to early ovarian cancer detection.”

The need to support scientific endeavours into this insidious disease is pivotal, as without early detection, awareness in isolation will not save a life.

“Without at least one healthy ovary, a child will not be born. Research is the answer.”

AWARENESS OF SYMPTOMS
Early cancer of the ovaries is often asymptomatic and when ovarian cancer causes symptoms, they tend to be signs that are very commonly associated with other health problems. So if a woman (especially 50 or over) reports having any of the following symptoms on a persistent or frequent basis, they should consult their GP:
– Abdominal bloating
– Feeling full and/or loss of appetite
– Pelvic and/or abdominal pain
– Increased urinary urgency and/or frequency

If you wish to find out more about ovarian cancer and/or donate to OCRF, go to www.ocrf.com.au or call 1300 OVARIAN.