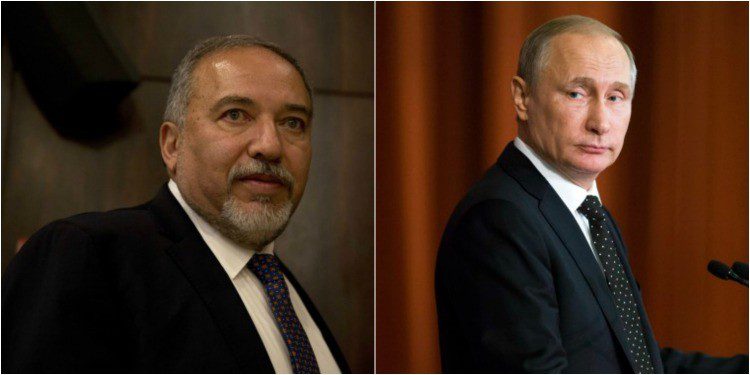 Islamic State poses a threat to everyone. The vicious attacks in Paris, Brussels, Istanbul and the Orlando nightclub massacre among others, followed by bloodbaths in 10 different countries during the recent Ramadan will attest to that. And in light of those heinous attacks, many countries are adopting anti-terror measures that directly curb essential human rights and raise legitimate concerns that scenes resembling an Orwellian novel are not that far ahead.
In Russia, the ‘Yarovaya law’, which was voted last month, is a clear violation of basic civil rights and puts a dagger into privacy and freedom, creating a ‘Big Brother state’ as many activists opposed to the controversial act have suggested. Amendments require all telecommunication operators to store recordings of their customers’ phone calls and message transcripts for six months, while messaging services such as Facebook are ordered to provide decryption keys to Russia’s Federal Security Service. The companies protested that this is an impractical and very expensive measure that would inevitably force them to considerably raise their tariffs, but the legislation committee was having none of it. The legislation also makes it a crime to not warn the authorities of ‘reliable’ information regarding a potential terrorist threat.

Even children as young as 14 can face up to a year in prison over such a ‘failure’ to report a ‘credible threat’, while merely expressing approval of a terrorist attack on the internet can land you in prison for a maximum of seven years. Tanya Lokhkina, the Russian spokesperson for Human Rights Act, called the ambiguous bill ‘an attack on freedom of expression, freedom of conscience and the right to privacy that gives law enforcement unreasonably broad powers’. And sensitive data that could easily end up in the black market, some might add.

In Bulgaria, the local government earlier last week approved an anti-terrorism bill that suspends any idea of due process, giving the police, military and other security services over-reaching powers during anti-terrorist operations, including expanded internet surveillance, the right to enter, without a warrant, homes and offices and obtain personal documents and other assets, even seizing civilians’ cars if it is deemed necessary. The army can also detain people almost at will, while officers will be authorised to restrict movement, suspend internet access and raid private properties of people suspected of carrying out a terrorist act.

In Poland, the anti-terrorism legislation signed into law a few weeks ago is also controversial and has sparked vociferous protests from the opposition. The law allows unrestricted control over the digital communication of foreign nationals, access to every confidential database imaginable and mandatory sharing of personal data by mobile phone operators. The bill also allows the Secret Service to conduct wiretapping of suspects for up to three years and detain them for 14 days without charges.

Amnesty International slammed the bill, saying it gives ‘seemingly unlimited powers’ to the intelligence services, but a high-rank Polish security official told Reuters on condition of anonymity that “Poland does not face any immediate threats from Islamist militants, but we are no longer an anonymous country to them”. Add Israel, where with the new ‘anti-terror’ bill, chanting songs at a demonstration, wearing the ‘wrong’ T-shirt, sharing a Facebook post, even donating clothing to the Palestinians are crimes punished with multi-year jail sentences and you realise that the writing is most certainly on the wall about the definition of a suspected terrorist.

In Australia, even though there is a certain element of over-legislation when it comes to anti-terror laws (since 9/11, 61 pieces of anti-terror legislation have been voted, 48 of those during the Howard administration), there is no Soviet-like legalisation of state surveillance. There is an extended period of detention for known suspects, even the revocation of citizenship in some cases or house arrest in others. Suspects face certain restrictions in movement, citizens can be brought in for questioning, and while certain lines are being crossed it’s nothing like the draconian, totalitarianism-like measures that are being implemented in country after country around the globe.

And with French PM Michelle Valls admitting recently that more Paris-style attacks are ‘a certainty’ during this new age of hyper-terrorism, let’s brace ourselves for some unprecedented laws. It will be for our own good.