The first Melbourne Rebetiko Festival is under way, bringing together seasoned musicians with the new generation of the city’s ‘rebetes’ 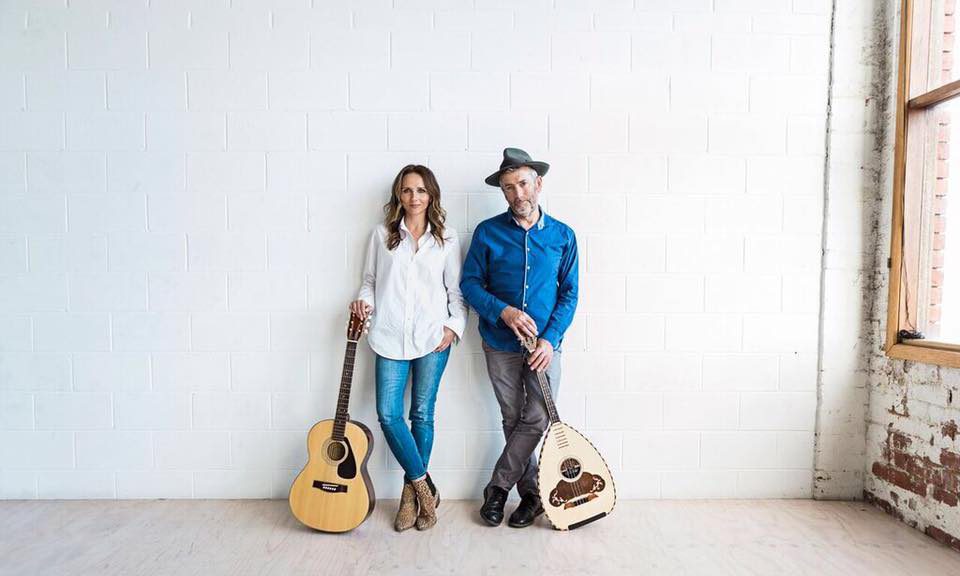 Polyxeni, a.k.a. the duet of Jenny Theologidis and Wayne Simmons.

Music lovers and fans of Rebetiko music should keep the 20 and 21 August dates open, because on that weekend, the greatest musical tradition of Greece will come alive on the stage of Oakleigh’s Caravan Music Club, which will host some of the most persistent representatives of the Melbourne Rebetiko Scene, in tributes to pioneers such as Markos Vamvakaris, Vassilis Tsitsanis, Kostas Skarvelis, Soteria Bellou and other legendary artists. “The idea was that, since this is going to be the first ever Rebetiko festival, we wanted to celebrate the Melbourne musicians playing rebetiko and showcase what we’ve got”, says Kon Karamountzos, who envisioned and set up the event, along with Con Kalamaras. The Festival’s program features some of the staples of the scene, such as the legendary ud player Christos Baltzidis (who “has been playing in Melbourne forever”), or Nikos Vergopoulos (“he was the first singer of the Apodimi, he sang on their first album; we really wanted him to be a part of this”). Alongside with them, the 2016 Melbourne Rebetiko Festival will feature newer bands, such as the multi-ethnic ‘Zourouna’ (with Byron Triantafyllidis on bouzouki) and ‘Polyxeni’, the duet formed by Jenny Theologidis and Wayne Simmons – not to mention the opening act, a group of bouzouki students, representing the next generation of Melbourne Rebetiko.

A THIRST FOR REBETIKO

“I’d be so proud if we got a mix of everyone in the audience: from the older Greeks in Melbourne to some of the young kids, we’re aiming for a demographic ranging from 0 to death”, says Kon Karamountzos, laughing, excited that his idea for a festival comes to fruition. “My love affair with rebetiko when I was 17-18 years old, and went to see the Apodimi playing at the Retreat Hotel, although I father always used to listen to this music”, he remembers. “All this time, I’ve been looking all over Melbourne to find the authentic rebetiko, the old, acoustic sound – what they play in taverns is too commercial”. This quest led Kon Karamountzos to Con Kalamaras and his band. “He was playing in a tavern in Frankston and this is where our friendship began. We hit it off immediately, we are at the same wavelength, sharing a common passion and the same search for authentic rebetiko music done in a raw, acoustic style that really reflects the old age”. The festival was born out of this new friendship. “I’ve always had the idea of a Rebetiko festival, where there was not just a band playing in the corner. Everyone loves the intimate setting but I wanted to put up a concert of music, put the band onstage and showcase this music. This is what we’re interested in. I told Con and a few days later he had booked the Caravan Music Club in Oakleigh and we started working on the program. This year it was really important for us to do a home-grown rebetiko festival, so we approached a lot of bands who are playing in Melbourne, as well as some who are a bit retired at the moment. The Melbourne Rebetiko community is quite strong and very enthusiastic, it seems to be thirsty for this kind of things. After the ‘Rebetika at the Retreat’ finished up, a lot of people left that scene in a way, but the passion for the music still remains strong”.

A NEW MUSICAL FIXTURE IN A ‘ROCK’N’ROLL’ CITY

This first Rebetiko Festival might be dedicated to the Melbourne Scene, but the people behind it have bigger aspirations. “The plan is to launch it as a Festival and hopefully make contacts and get people interested”, says Kon Karamountzos. “We have the idea to do a bit of a roadshow with some of the performers who are playing and perhaps take them interstate. The other thing we wanted to achieve was to create a pathway between Melbourne and Greece for musicians to be able to be exposed to playing with guys in Greece and Greeks to come to Melbourne. We’d like it to become a permanent fixture on the Melbourne Festival scene, but also to make it international. Melbourne is the perfect place for this kind of music; we have such high quality musicians and a very proud musical tradition here”. But what is the trademark sound of Melbourne? “With all due respect to the rest of the country, Melbourne is a rock’n’roll city. It’s got some edge to it”, he says As for how this feature affect the Melbourne rebetiko scene, he points out to the sound “It’s tougher and rougher”, he says “That certain Melbourne style really comes out in the music and this is why it has been embraced by so many rock’n’roll musicians, like Paul Kelly and Tim Rogers, who recorded a rebetiko song with english lyrics. This music can still touch people today, even if you ‘ve never heard it before in your life, it still holds true”.

*For more information and tickets, go to