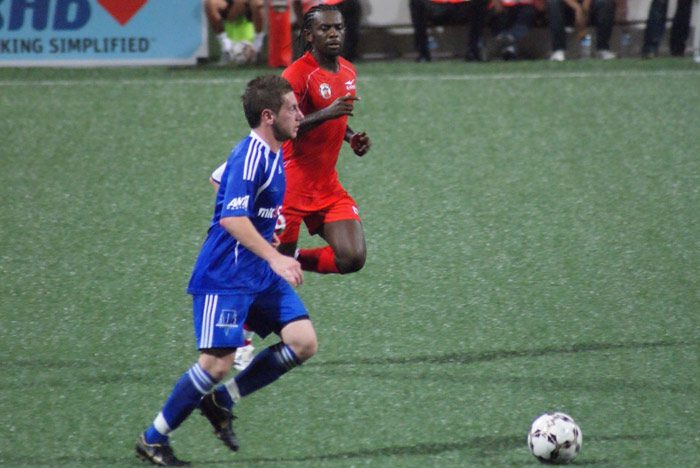 South Melbourne FC has progressed to the Quarter Final stage of the RHB Singapore Cup following a deserved 2-1 victory over S-League outfit Gombak United at the Jalan Besar Stadium in Singapore on Wednesday evening.

South overcame the humid conditions as well as Jalan Besar’s artificial surface to record the historic win thanks to goals by Daniel Vasilevski and Joseph Youssef.

South’s intentions were clear from the kick-off, with the focus being on scoring an early goal despite missing the star midfield duo Joseph Keenan and Fernando De Moraes.

Gianni De Nittis flicked the ball onto the back post where Vasilveski was on hand to tap home past Gombak goalkeeper Zaiful Nizam.
Gombak equalised after 28 minutes when striker Agu Casmir turned outside the area and fired an unstoppable shot into the top corner of the goal.

The goal gave Gombak some momentum however South were the team looking more likely to score the next goal.

After 39 minutes, South regained the lead and ultimately scored the winning goal when Vasilevski’s perfectly weighted through-ball for Youssef culminated in the big forward firing a shot into the bottom far corner to make the score 2-1.

South should have finished the game off in the second half as the side dominated possession and created several excellent opportunities to score.

Youssef volleyed a brilliant cross from Joryeff wide and then later on rounded Nizam but put too much weight on his touch to get around the keeper, with the result being a goalkick. Late into the match, substitute Hamid Basma also found himself one-on-one with Nizam but the goalkeeper won the battle by making a good save off South’s new signing.

South boss Vaughan Coveny told Smfc.co.au, “We don’t play or train on an artificial surface back home, so it was very difficult for us to adapt. I’m very proud of how my players battled and fought for the victory tonight, and it’s a huge morale-boosting win for the club.”