Homecoming for the poets 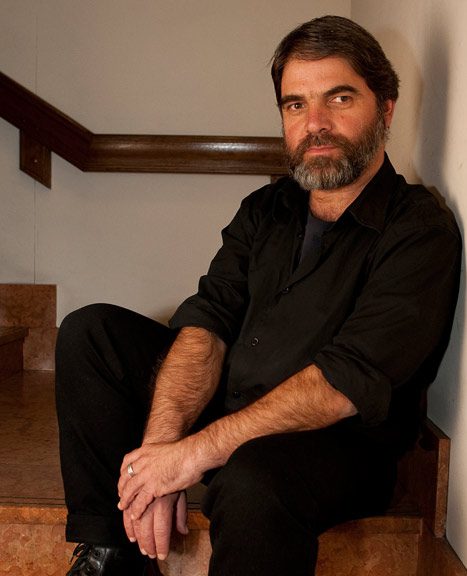 One often pictures the poet as a winsome creature. Racked with emotion they are ready at a moment’s notice to throw themselves into a raging river.

Or, they’re indulgently playing roulette with their tattered nerves drinking another coffee to counter balance that bottle of red they downed the night before.

They are gatekeepers of the soul, paining over the fetid yet glorious substrata of the human condition.

These days unfortunately it is a profession rarely respected.

Simply by the fact that poetry doesn’t pay the poet’s rent or anyone else’s for that matter. So most ‘poetry’ expressed in this brave new world of ours, is either done by twits on Twitter, or lonely fools on the back of a toilet door.

But real poets are still out there, writing, reciting, sometimes publishing and they come in many forms and from the most surprising sectors of our society.

This week The Australian Poetry Centre in Melbourne, has harnessed an International Geographic of poets from all corners of the world.

Dimitris Troaditis from Greece; George Anca from Romania; Alice Melike Ulgezer from Turkey; Aidan Coleman from Wales; Clary Riven, a Venezuelan Jew and Mimmo Mangione from Italy Demitris Troaditis is a Coburg local born in Athens and a typesetter.

An appropriate job, I thought, for one who fiddles with words.

He’s not winsome, more softly spoken, has the hands of a pigeon fancier but with a build that could probably beat anyone hands down in an arm wrestle.

He wrote his first poem in 1974 at 15 years old. It was based around the invasion of Cyprus, but quickly realised this first attempt was fit for the rubbish bin, not anyone’s ears. His first serious attempt was self-published in the 90s and was well received enough to encourage him to keep going.

He mainly writes political material, criticising the mores of society. He has a love of words, particularly in the Greek language.

Although greatly influenced by the style of the Greek poets from the 70s he does find them nationalistic and incessantly nostalgic.

“I consider myself an Australian poet who happens to write in Greek.

There is a difference and I believe it’s healthier to approach work from an international perspective in order to arrive at a greater truth.”

Because Troaditis is directly involved in the Greek community as the secretary of a local cultural magazine he does find it ‘ironically’ challenging if not slightly amusing to maintain that balance between intimacy and detachment.

Then there’s Mimmo Mangione originally from Agrigento in Sicily who works as an Architectural Lighting Consultant. “So what exactly do you do?” I asked, being personally wary of the word ‘consultant’.

“I light buildings,” he said, “like museums and libraries” Well there you go, yet another appropriate gig for a poet. I got this sense Mimmo was a man who was always on the fly.

But a man who would gladly talk about anything, particularly Shakespeare, even he was 1000 feet up in a helicopter being chased by a disgruntled property developer. His career in poetry began when he won a competition as a teenager; the prize being a much-needed scholarship to help him further his education. Where Troaditis is political, Mangnione is inspired by a good story, quoting Virginia Wolf, “in the best narration there is the best poetry.”

There is clearly a love of performance here and Mangione has a one-man show about the filmmaker Pasolini in the pipeline.

I asked him why today’s society no longer reads poetry. “Education. I come from a generation where poetry was considered as important as all the other subjects.”

I tend to agree, if we gave Poetry the same status as Science, there would be less indulgent Poetry and far more articulate Scientists.

So if you do dig this point of view then get off Twitter and head down to the Wheeler Centre on the 4th of June at 7.30pm and meet these talented poets in the flesh.