Botched preparations, privacy fears, and a cyber attack have left the 2016 census compromised, and Greek Australian politicians are calling for much more than a review into the IT aspects of the affair 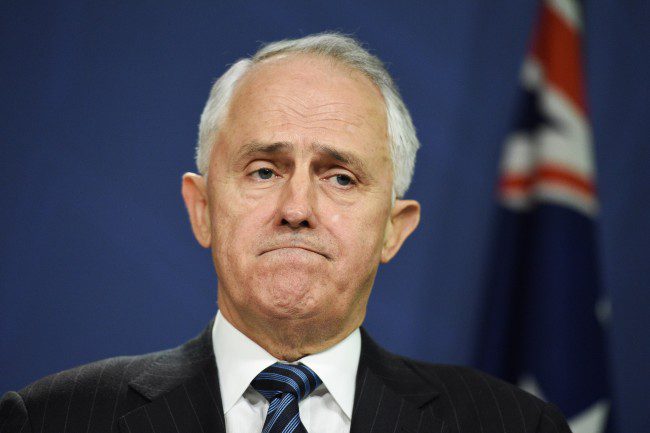 As the Australian government considers taking on tech giant IBM after its failure to protect last week’s $470m census, and with Prime Minister Malcolm Turnbull vowing “heads will roll’ over the management of the survey, nothing less than a root and branch parliamentary inquiry covering every aspect of the census’ planning is required.

Ultimately it’s about the ministers. The Coalition has had three ministers for this area since September, all of who had a responsibility to ask for briefings… It’s clear people have missed out, so we have to find a way of extending this, or create some kind of half re-run.

So say many of the Greek Australian community’s most prominent federal MPs, who believe only a Senate inquiry open to public scrutiny can get to the bottom of the matter.

In Victoria, Labor’s Maria Vamvakinou told Neos Kosmos she was deeply concerned about mistakes made in the roll-out of the census, and that the government had a duty to undertake a review of what went wrong – from its earliest planning stages.

“We need to review the decisions that have been taken by the ABS over a long period; it’s a highly respected bureaucracy and for the first time in its history its integrity has been compromised,” said Ms Vamvakinou.

“The government has to intervene and not leave it to the ABS to swim out on their own.”

The Member for Calwell added that she was sceptical about the ABS’s claim that data recorded on the night, and data to be collected up until the cut-off date of 23 September, would be credible enough to base vital future governmental decisions on.

“If you don’t have accurate data, I don’t see how you can implement social policy, how you can budget for services, and how you can plan 50 years forward. We need that information to guide where we need to spend public finances.”

While the census web form went live again on Thursday, Ms Vamvakinou said many people are likely to fall through the net.

Ensuring every Australian can confidently supply census information was vital, she said. “It’s as important as making sure people know how to vote.”

In South Australia, newly-elected MP Steve Georganas said that any investigation into the census fiasco should look at ministerial responsibility.

“Ultimately it’s about the ministers. The Coalition has had three ministers for this area since September, all of who had a responsibility to ask for briefings, to ask where things might go wrong, where the variables were.

“Did those ministers ask those questions? An inquiry needs to find this out.”

Mr Georganas said that a Senate inquiry had to be transparent and unpick the fundamental decisions made by the ABS.

“It has to look at their communications strategy, and it has to ask, ‘did they push too quickly to go online to such an extent’, it has to go into all those areas,” said the Member of Hindmarsh.

Meanwhile, Independent Senator Nick Xenophon, who risks being fined for refusing to include his name in the census form, said that Australians have been treated like “mugs”.

With four million people unable to readily access the internet at home, arrangements put in place by the ABS to provide paper forms turned into “a debacle”, he said, with understaffed call centres failing to cope with the demand. Those most impacted by such communications failures will be the elderly and Australians from ethnic communities.

The senator, who predicted the census website would crash on the night, said the way Australia’s most important survey had been managed revealed a major failure for the Australian cyber security agency – the Australian Signals Directorate – which was charged with certifying that the IT systems used by the ABS were robust and resistant to attack.

“Obviously they haven’t been. So what other assurances has the ABS given us that, really, aren’t worth anything now.”

Xenophon’s overriding concern continues to be data privacy – a stance that, after confirmation of cyber attack from overseas, arguably holds more weight than ever. Speaking to reporters after details of the Tuesday attack on the ABS website emerged, the senator didn’t mince his words.

“The ABS says the names and addresses will be ‘coded’ to preserve anonymity. But that assurance, excuse the language, is crap,” he said.

“With some basic reverse engineering, your name and address can easily be worked out , unless of course a hacker works it out first.”

Senator Xenophon has discussed the creation of a Senate inquiry with Opposition Leader Bill Shorten and is reportedly working on its terms of reference.