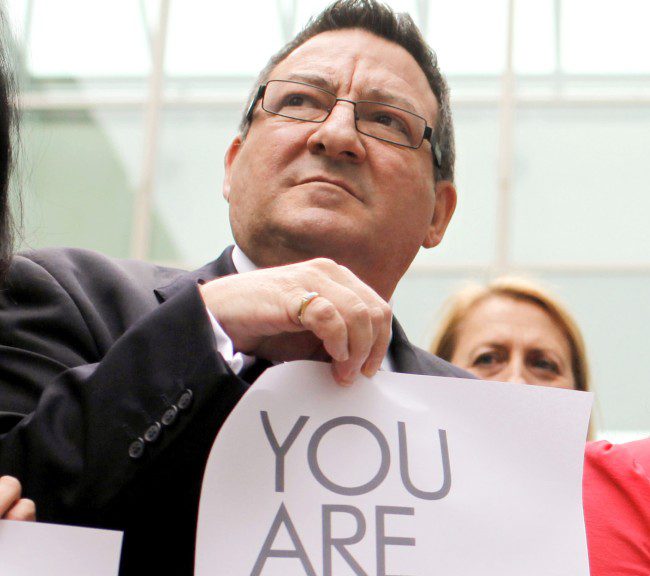 In his first week back in Canberra, Labor MP Steve Georganas is to establish a cross-party working group on Australia’s beleaguered asylum seeker policy in a bid to develop a more humane policy for refugees.

Spurred by ‘the Nauru files’ – the publication by The Guardian of 2,000 leaked reports which reveal allegations of a massive scale of abuse of children in offshore detention – Georganas told Neos Kosmos last week that a new initiative was needed urgently to influence the debate.

“We need to get away from the volatility of the politics on this issue, it’s about getting MPs together who may not be like-minded, but who can discuss the issue in a civilised manner,” he said.

Renowned for his strong views on the asylum seeker issue, sometimes at odds with his own party, Georganas regained the South Australian marginal seat of Hindmarsh at the recent federal election with a 2.5 per cent swing after losing it in the 2013 election.

In 2012, with a group of concerned backbenchers including Independent Tony Windsor and Liberal Judi Moylan, Georganas launched a formal effort to intervene in the asylum debate, calling on both major parties to transform their policy positions.

The working group came together during the parliamentary debate about the so-called “Malaysia solution” – an initiative of the Gillard government which proposed to send 800 asylum seekers who arrived in Australia by sea, to Malaysia, in exchange for 4,000 verified refugees. The proposal was sunk by the Coalition after it was declared illegal by the High Court.

This month former prime minister Tony Abbott expressed regret about the Coalition’s decision not to back the proposal when in opposition, saying it would have been “an acknowledgement of the government-of-the-day’s mandate to do the best it could…to meet our nation’s challenges,” he said.

With the benefit of hindsight Mr Abbott added: “It would have been a step back from the hyper-partisanship that now poisons our public life.”

One key point of difference between the parties is that Labor wants to abolish temporary protection visas which the Coalition says are vital to stopping the boats.

Georganas is keen that Labor puts some further clear blue water between its position and the Coalition’s.

“In terms of Labor’s policies, I’m not advocating we go back to where we were in 2007, but I am advocating we have a discussion, and bring people along with us, that can create change.”

Vital to any humane approach says Georganas is to remove once and for all, the indefinite detention of asylum seekers.

“We need a solution that involves all our regional partners and ensures we all do out fair share to uphold international law. We haven’t solved the refugee problem and we never will. We’re just going to have to deal with it,” he said.

“We don’t want to return to a situation where people drown at sea, but we can’t detain people for indefinite periods. It’s insane. Even criminals who have committed murders aren’t detained indefinitely.”