South to play ‘away’ match at home 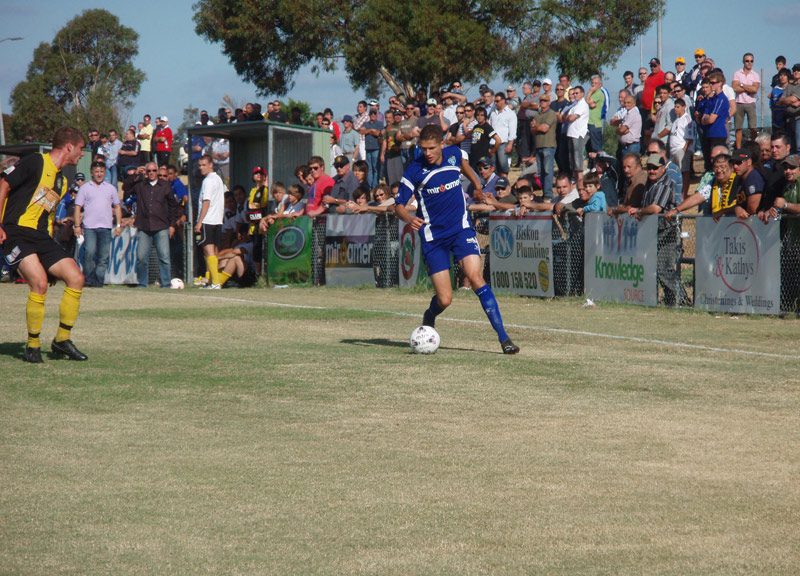 South Melbourne’s VPL Round 5 fixture against the Whittlesea Zebras has been moved to this upcoming Tuesday night, March 31st ,and will take place at Bob Jane Stadium.

The Zebras are rumoured to be having issues with the use of VPL matches at Epping Stadium despite playing their previous match against Oakleigh Cannons last Monday night.
But the league’s bottom side has been granted the right to use South’s Bob Jane Stadium for the clash against Hellas, who won their previous match 2-1 against the Melbourne Knights.

The fixture is still classified as being a Whittlesea home game with Bob Jane Stadium merely facilitating the staging of the match. Accordingly, all South Melbourne FC members, sponsors and coterie members will need to purchase an admission ticket for this match as membership entitlements do not include South Melbourne FC away games. However, sponsors and coterie members are entitled to use their usual corporate hospitality rights as per their appropriate classification.

Last week South earned its first win at home for season 2009, with a hard-fought 2-1 victory over old rivals Melbourne Knights at Bob Jane Stadium. The result meant that South has now scored 9 goals in its last two outings, after scoring 7 at Preston the week before.

The first half was a timid affair, with few chances created. The closest either side got to opening the scoring was a low shot by Mate Dugandzic that was comfortably handled by South keeper Tommi Tomich, returning to the starting line-up after being omitted for the Preston game.

The second half started brightly for South Melbourne FC, as Fernando de Moraes pressed forward to partner Vaughan Coveny in attack. The impact was immediate, as a ball played from the right into the area was flicked into Fernando’s path via Coveny’s head.

The Futsalroo was through one-on-one with Knights keeper Savas Ozdemir and he made no mistake in comfortably slotting the ball to Ozdemir’s left and into the corner of the net, giving South Melbourne FC its first home goal for 2009, and more importantly, the lead.

With the home side in control, chances were coming in thick and fast; the best being a Shane Nunes left foot rocket that smashed into the crossbar.

Despite the chances, the Knights held firm, largely thanks to Craig Elvin who had an extremely solid match. However even Elvin could not stop South from doubling its lead in the 65th minute. Ozdemir’s poor goal kick was headed back into the South attack by left-back Rhodri Payne. Coveny had stayed onside and as a result, Payne’s header put him through one-on-one with Ozdemir. Coveny calmly put the ball between Ozdemir’s legs and into the back of the net for a 2-0 lead, and, at the same time  notch his 98th career goal for South.

By this stage the home side was in complete control, and should have had a third but for poor finishing. The Knights had barely been a threat, but out of nowhere, pulled a goal back in the 70th minute. A poor mix-up in the South defence saw the ball spill to Dugandzic, whose finish was full of class as he beat Tomich at his near post to halve the lead.

Despite the Knights being back in the contest, South should have wrapped the match up but for poor decision-making up forward and Elvin’s class in defence for the Knights.

Goran Zoric was the most unlucky, with his shot being cleared off the line by Elvin. After more than 5 minutes of injury time, referee Damir Basic’s fulltime whistle signalled a very hard-fought, but well-earned, 2-1 victory for the home team.

In VPL Round 5 matches, Oakleigh succumbed to a shock 0-1 home loss to the Sunshine Georgies and Richmond belted Preston Lions 5-1. Preston has conceded 12 goals in its previous two matches.