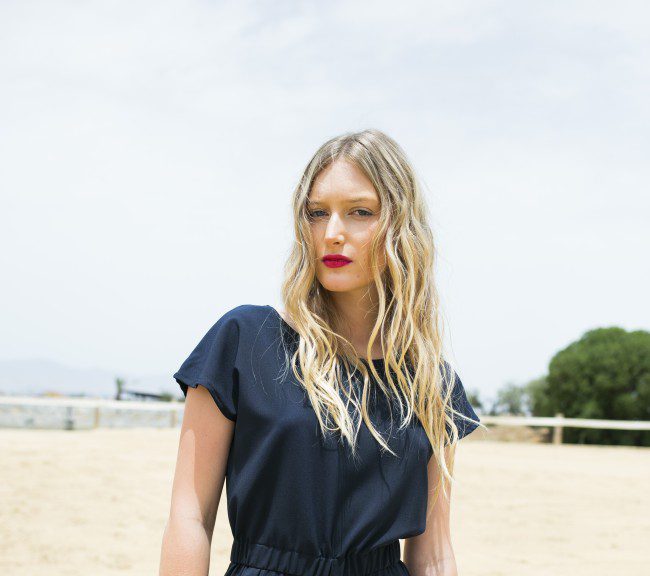 It was in a fashion journalism class at the London College of Fashion back in 2009 that I first met Georgia Moditi. Always neat and well-dressed, focused, observant and knowledgeable. A designer, she had completed her studies majoring in costume and performance at Birmingham City University.

But what really grabbed my attention was her Cypriot background. A Greek Australian myself, I hadn’t encountered many of my heritage in my circle halfway across the world pursuing creative endeavours.

Since returning Down Under, and Moditi returning to her birth country, it is through social media that I have observed her road to success with the launch of her eponymous label, Georgia Moditi, in 2014, a direction she admits to taking “organically”.

“It wasn’t according to a plan; it just came up on the way,” the 28-year-old tells Neos Kosmos.

“I have always been interested in costumes and after exploring that field, I realised that my designs could be transformed to wearable garments, and so the first collection came out.”

While her passion lies in the theatrical side of design, it is an appreciation of textiles and technique that she has brought with her to the ready-to-wear side of fashion.

“It is really [about] modern femininity and comfy clothes, but at the same time I am looking for a polished, fine result,” she says, which is directly linked to the ethos of the label.

While each collection varies, Moditi says her label is all about giving women options in their wardrobe to look perfect, while dressing effortlessly.

“I look up to the engagement of simplicity and elegance in women’s everyday routine,” she says which, harping back to my description from 2009, essentially sums up the emerging designer’s presence in class that winter. 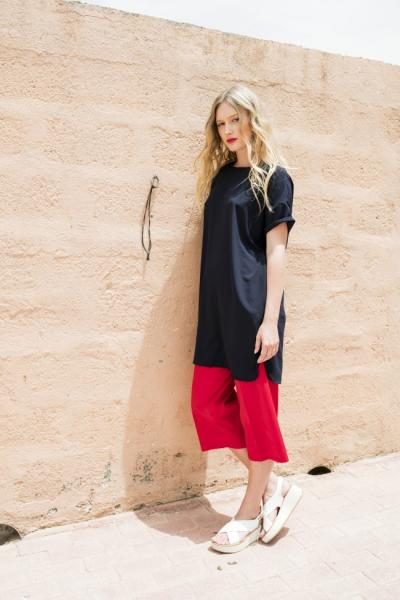 The label sees two collections released per year, while also allowing time for collaborative projects in between to keep things interesting and the creative juices flowing.

But there’s very little chance of Moditi ever being short of ideas.

“The main inspiration of each of my collections is mostly the collection before that, but also the textiles and techniques I am working with.
“Every time it’s like the collection itself leaves something different that remains unfulfilled, and in turn what I seek for the one that follows,” she reveals.

However, in her latest SS ’16 collection, it is childhood memories that surfaced and played an important role.

Structured, with clean, tailored lines, the colour palette is predominantly made up of reds, blues, and nudes; earthy colours with a playful spin including one-pieces, jumpsuits and dresses. In her own way, the designer has managed to create a line which is simultaneously serious and relaxed. 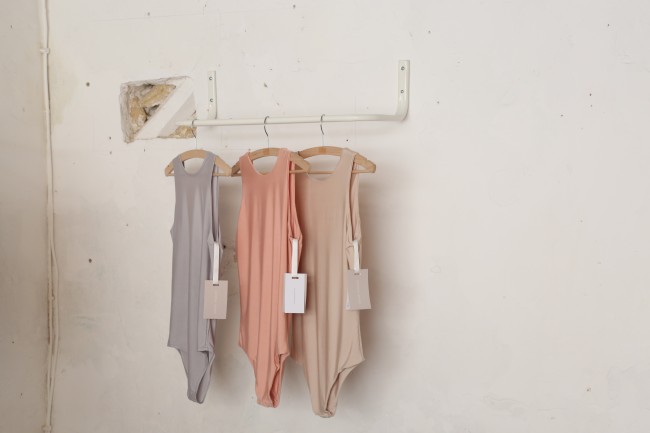 When asked what draws her to create, the answer is simple, yet profound: “Life. I can’t think of living in any other way.” And I find myself in awe once again, to have met a young woman who by 28 is so comfortable in answering a question that is ultimately about her life’s purpose.

It was after graduating from Birmingham that Moditi pursued styling and history of fashion courses at the London College of Fashion, following which she went on to work as a costume designer at the prestigious Prangsta costumiers.

Now based out of her studio in Nicosia, since returning to her birth country she has immersed herself into all aspects of fashion.

Aside from designing, Moditi is working as a freelance fashion editor and writer for local Cypriot fashion mag Omikron, and is sharing her knowledge through classes based out of her studio.

“Being a teacher is something I really enjoy and I could never have thought of it before. Repetition through lessons to sewing techniques and pattern cutting played a significant role in my personal progress,” she explains. 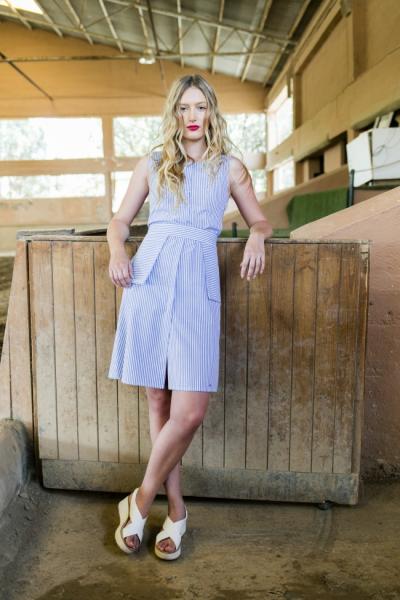 Since returning to Cyprus, the young designer says she has witnessed progress in the country’s emerging designers and fashion design.

“What is remarkable is that there are several good Cypriot designers who’ve made important steps abroad,” but she adds “there is still [a] way to go, though”.

As the European summer draws to a close, a season that is her least favourite – “I can handle summer in Cyprus for a few weeks only” – she is on the hunt for cooler destinations and inspiration.

In April it was Milan, a city she says she “still can’t get over”, and this month it’s “Sweden to enjoy the Scandinavian breeze”.

A trip to Sweden, coupled with the designer’s thoughts of Rei Kawakubo’s work of late; we can only wait for the next collection with bated breath.

For more information on the label Georgia Moditi, visit www.facebook.com/georgiamoditistore/