Do you know what you are made of?

We decided to take a DNA test, and ancestry expert Brad Argent explains all there is to know about it 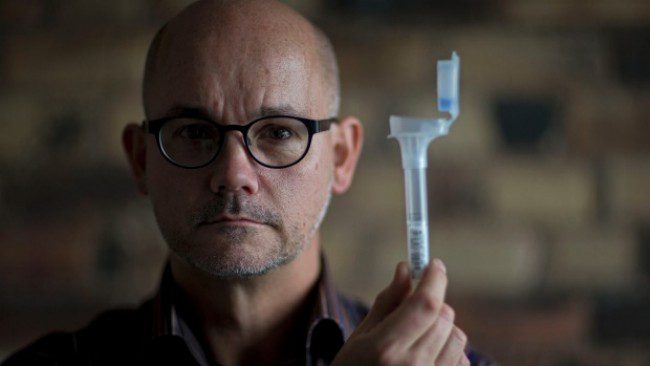 Not so long ago I came across a YouTube video entitled ‘The DNA Journey’. In this video, a group of experts have gathered 67 people from all walks of life and of different nationalities who were willing to take a DNA test.

Through their interviews, most participants appear to have rather strong feelings about their ethnic identity and some even express strong nationalist views and hostility towards specific nations. They believe there are more things dividing the world than uniting it. A few weeks later, they meet again to read the results. It turns out they have much more in common with other nationalities than they would ever have thought. At the end of the video, two people whose nations are at war find out they are related and I find myself crying.

That same week I ordered the test, which arrived within a few days. Even though I was curious, I had quite a few hesitations. Brad Argent, an Australian AncestryDNA expert based in London, was more than happy to talk to me about the kit and its ability to uncover family history, shedding some light on my questions.

What is ancestry DNA?

AncestryDNA is an autosomal DNA test that examines your unique genetic code for clues about your family history. Then we use genetic science to determine family relationships within our database of AncestryDNA members and your ethnicity origins. AncestryDNA extracts your DNA from a small saliva sample. To put it simply, it’s a test so you have to spit into a tube. Then you have to send that tube off, and it goes back to America to a lab. From that saliva we extract your DNA. And then what we do is look at certain spots on your DNA. There are more than three billion pairs of genes of which we look at about 700,000, and through this process we’re able to give an estimate of where your ancestors might have come from − your ethnicity.

What does ‘autosomal’ mean? Can women take this test?

Autosomal DNA testing includes the other 22 pairs of chromosomes that aren’t the X or Y chromosome that determine your gender which allows you to find family across all lines in your family tree from both your parents. That means both men and women can take the test, and the results are not limited to just the direct maternal or paternal lines.
This test analyses your entire genome − all 23 pairs of chromosomes − as opposed to only looking at the Y-chromosome or mitochondrial DNA (which makes other types of tests gender specific).

How far back do you go? And how long does it take to receive the results?

We go back up to 2,000 years. We don’t want to look too far into the past because if you look back 200,000 years, everything becomes vague, much more complicated and less related to today. As for the results, it takes approximately six weeks from the day we receive the test.

How is someone’s ethnicity determined?

These things are quite clear for royalty but when it comes to commoners like us, for whom there is no detailed written record, a DNA test becomes a tool to trace back to one’s roots. The test breaks your ethnicity down to 26 ethnic groups. It is important to remember what ethnicity is. Politicians create countries, people create ethnicity.

In terms of Greek and Italian populations, is the ethnicity the same? Does the ‘una faccia una razza’ saying apply to our case?

In particular, when we look at someone who is Greek or Italian, we need to know that we are actually looking at them as one group. The DNA of the ethnicity is the same. At this stage of our understanding, to be able to separate the two is extremely hard because back in the day, it was so easy for the DNA of one country to go to the other, being geographically so close to each other.
The typical Greek or Italian person has 72 per cent of Greek or Italian DNA, so even the typical Greek or Italian is not completely Greek or Italian. There will also be a percentage of Caucasus DNA there, Middle Eastern or Spanish even. Right now we are able to separate them as one DNA.
However, when we look at what somebody’s DNA is, we must know that it is an estimate. It is an estimate based on our understanding of science to this date. The more we do this, the better our understanding will get. In the near future we will be able to be a lot more specific as to where our ancestors might have come from, potentially to the point of being able to say “they came from this village versus that village”. That’s the future and that future is only five years away, which is not far away at all.

Are there any other hard to trace ethnicities?

European Jews, which is what we call Ashkenazi, are traceable but this is much harder with Sephardic Jews due to the way they migrated.
The Ashkenazi have managed to stay together as a group, which makes it quite easy to separate their DNA when compared to Sephardic Jews, who were scattered a lot more, broke up and bred with other races. Many found refuge in Greece, Athens, Rhodes and Thessaloniki, but the majority of this population was exterminated.

Do you have many Greeks around the world taking the test?

As a matter of fact we do. There are also people whose DNA has a big chunk of Greek or Italian essence who had no idea.
If you link your DNA and your family tree you maximise what you can get out of this experience − third and fourth cousin matches, for example. You can see that you share DNA with certain people and look at your trees to pin down where the connection comes from. You can see the person’s name and you have the ability to send them a message through a button. By joining the DNA circles, you can step back through each other’s generations and trace a link to a common ancestor, putting some more meat on the bones of your tree.
One of the challenges of doing your family history is having to stitch those things together. But that’s part of the joy ride as well, to re-tell the stories of your ancestors. It is truly fascinating.

Have you taken the test?

I’ve actually had this experience myself and quite to my surprise, I was three per cent Greek or Italian. As there seems to be nothing in my family history that would suggest that’s the case, I went on to test my mum and she was 13 per cent Greek or Italian, which is quite high. But when I look at the family tree, there is nothing that would suggest that.

What about Greeks in Australia? Any idea how far they go?

Recently I’ve stumbled across this really interesting piece of information. Greek immigration to Australia is thought to have begun mostly during World War II and the civil war that shortly followed it. Then you get another smaller migration wave when Turkey invaded Cyprus.
I was surprised when I actually found that there is a bunch of seven Greek pirates who arrived to Australia in 1829. They were arrested and convicted in Malta, then shipped to Australia. Some of them were transported for life, while others who were sentenced to a seven or 14-year term also decided to stay.
I always thought that the Greeks came to Australia much later but Australia has been a little bit Greek since then. I have spent a lot of time looking at the history of Australia and these stories show you that there is still so much history there waiting to be discovered.

What happens to the DNA that you gather? Are there any security/privacy concerns?

Once we get a sample, we store it, just in case there is a chance that we need to retest it in the future. However, if someone doesn’t want their sample to be kept, they can have it deleted though the website.
Most people who want to take the test actually want to keep it on file. We don’t know what the future holds, and particularly if it is, let’s say, your grandparent that is being tested, you want to keep that DNA on file because once they are gone, you can’t go back and get it again. There are no security concerns and nobody’s privacy is compromised. All procedures are strictly consensual. When my Ancestry DNA test arrived at Neos Kosmos. 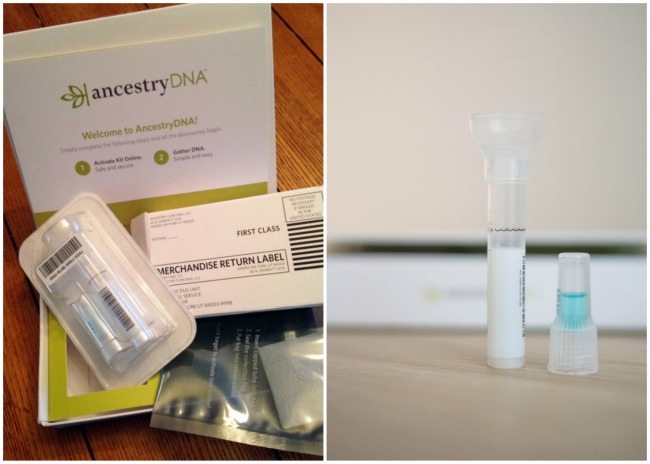