Stepping down as CEO of the Australian Greek Welfare Society, Voula Messimeri AM talks about the mind-set that allowed her to steer the organisation for nearly three decades 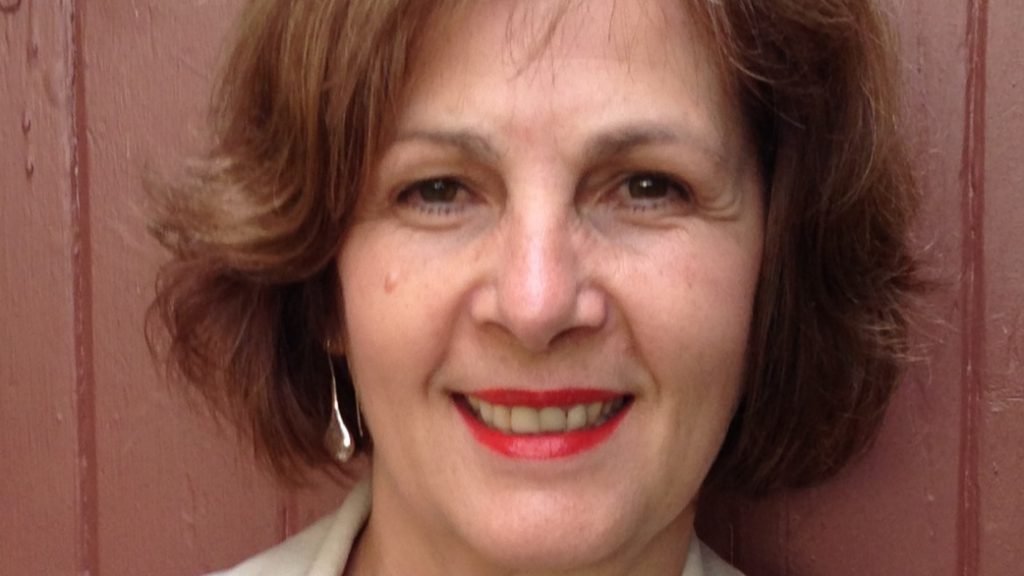 Turning the clock back to 1989, Voula Messimeri-Kianidis AM is an exceptional tour operator to the past, carefully stopping at the points that need to be closely inspected, before we go on with the journey, leaving no gaps behind.

It all starts at the AGWS (now trading as ‘Pronia’) offices on Corsair Street, in Richmond, where she succeeded Miranda DiGiorgio (before her, it was Niki Dollis and Nick Polites who were at the helm).

“The organisation was already linked to all the services available in the multicultural grid of the era. I found the field well-plowed and the ground fertile. This should be acknowledged. But this is what gave me the urge to further pursue this. I had a lot of enthusiasm and I was eager to give to the community as much as I could. I wanted to seize any opportunity presented, in the best way possible.”

Discussing her starting point seems to satisfy her, as it allows her to put things in their right perspective, revealing her diligence and the ‘key’ to her success in social service.

SIGNIFICANT CONNECTIONS
Yes, she admits to owing to important, indispensable, connections, both within the Greek community and the key-services of the state and federal government.

“I tried from the start to get to know the Melbourne Greek community, to feel its pulse and trace its needs. I was at the helm of a dynamic organisation and the responsibility was immense. I had full sense of the demands of this position. Soon, I realised that more services were needed, which meant more funds to cover for them. So I moved in that direction, making bold but realistic demands. And I think this is the ‘key’ to success. Know the distance you can cover. Because, let’s not kid ourselves, this is a very demanding field with very subtle equilibrium. The competition is immense. We have to lodge hundreds of applications in order to succeed in specific goals.”

TWENTY-SEVEN YEARS AGO
First stop. 1989. What were the needs?

“Almost three decades since the mass influx of Greek migrants to the country, most of them had experienced a rather rough landing; they might show some achievements of varied greatness, but, on the other hand, they paid a dear price. Many experienced severe health problems, having been injured, after spending long hours in hard labour.
“At the same time, many of the factories that employed Greek workers ceased to operate, leaving them jobless and facing severe financial straits. So there was a great flow of people turning to the AGWS for help.
“This found us in the position where we had to cover for pressing needs − food and clothing, for instance − but also function as an information desk for matters of urgency.”

At this point I stop her, asking about the number of people working at AGWS and whether they were enough to cover for needs.

“We started off with 19-20 people and now we have 150 officers and 150 employees. This fact alone says a lot for our community and its needs, of which some remain the same and others vary. Having said that, I need to associate it with our own role, which is to constantly be in touch with the community, to see to its needs, and in many cases to predict them, in order to be effective.”

Which means her role is de facto multi-faceted and demanding.

“This goes without saying. I knew from the start the demands of my role and my utmost wish was to be something more than what was expected of me. I have to say that it was myself who put the bar high and kept moving it upwards.”

CHANGES
A lot of things have changed regarding the needs of the core of the Greek community, she says, but, on the other hand, some problems, such as gambling, don’t seem to get better.

“We have people coming to us, addicted to gambling, who have lost everything and don’t have enough to live by. We’re talking about first and second generation Greek Australians. That’s where major problems start from, such as families being scattered, family violence, a collapse of the social fabric.
“Another ongoing issue is the drug problem, which is now greater. In many cases, it has got out of control, leaving grandparents burdened with the care of their grandchildren. All these factors call for initiatives to be taken. First of all, we need to get the sufficient funds from the state to cover for pressing needs and, at the same time to implement special programs.
“I have to stress that it is very difficult to get funds for drug-related policies, because, to put it simply, while the problem gets bigger, especially where ‘ice’ use is concerned, funds are allocated to no more than two or three big services. We don’t get any funds.” 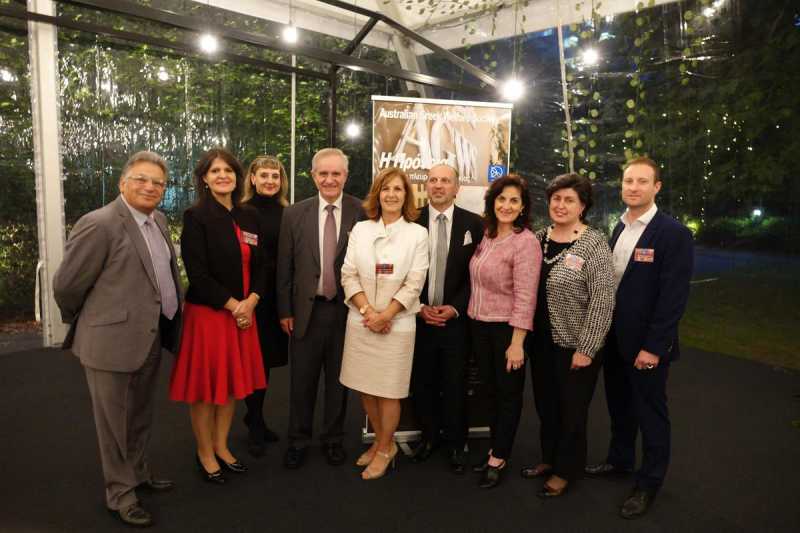 A MYTH
The usual argument presented by the state is that the Greek community, as well as the Italian and those formed during mass migration, have adapted and integrated to the main social fabric, so there’s no need for special programs and services for them.

“This is just a myth. On the contrary, the needs of the community are bigger, the difference being that some have differentiated. The community is growing old and the demands are overwhelming. We know very well that the existing establishments − aged care and geriatric facilities − of Frontida are not enough. The waiting lists are too long. The Australian population is ageing and the state aims to keep as many people possible at home for as long as possible, for obvious reasons.
“This is where we are called to play a significant role. We have care facilities in Brunswick, Sunshine, Balwyn and Clayton, where we tend to 360 aged people a week. We bring them in once or twice a week and we provide them with care, entertainment, while at the same time, giving their children − who are also their carers − the chance to take a break”.

LONELINESS
Another issue faced by the first generation of Greek Australians is that of loneliness brought by isolation. This is a huge problem, which only grows bigger as time marches on.

“As we know very well, a large number of our fellow Greek Australians live in the outer suburbs, where they lack social contact. Many are unable to travel, either because they don’t drive anymore, or due to poor health, so a visit from our volunteers, even if it happens once a week, is very important and even necessary.
“This is a sector where volunteering plays a significant role and needs to be pointed out. Besides, as I mentioned earlier, they are as many as Pronia’s officers, so we ought to be really grateful.”

‘YOUNG BLOOD’
Speaking of changes to the fabric of the community, we cannot neglect the wave of new migrants. What is the role of the Pronia, in this case?

“It is very demanding. First, we need to clarify that they might be new migrants, but they are radically different, in broader terms, from the migrants of the ’50s and the ’60s who came to this country − most of them − unskilled and uneducated and had no other option than to accept the hardest and most strenuous jobs available, those that the locals avoided.
“Greeks coming to Australia today, urged to migrate as a result of the Greek financial crisis, are university degree holders, they know the language − sometimes better than the locals − so their expectations are different. The main problem is that they come without being fully informed first, in what concerns the job opportunities, the degree recognition and the overall function of the system. Having said that, I’d like to add that some have already done their research, saving themselves from surprise. When they come to us for help, our role is multifaceted. They seek information for all the issues they face, so we have to be in a position to assist them, something that happens in most cases. But there are also some ‘hard’ issues, so to speak, when we are called to cater for pressing needs, such as schoolchildren who don’t have uniforms, or young parents seeking work, and so on.”

My impression is that Voula Messimeri will be complete when she leaves Pronia. This is not a conclusion I have formed recently, but throughout the years that I’ve been following her career and activity.

This woman, who arrived in Australia in 1969, a 13-year-old teenager from Kalambaka accompanied by her grandmother, ascended a steep way uphill to the top, achieving her goal with impressive success. She now urges the community to pursue what it deserves.

Good luck Voula with your next ventures, which we suspect will be relevant to your beliefs and your desire to offer to the common good.