Hate to break it to you Susie O’Brien, but ‘wog’ is not an endearing term

Using terms such as ‘wog’ continues to be a way to call people out on, and recognise them instead for their differences 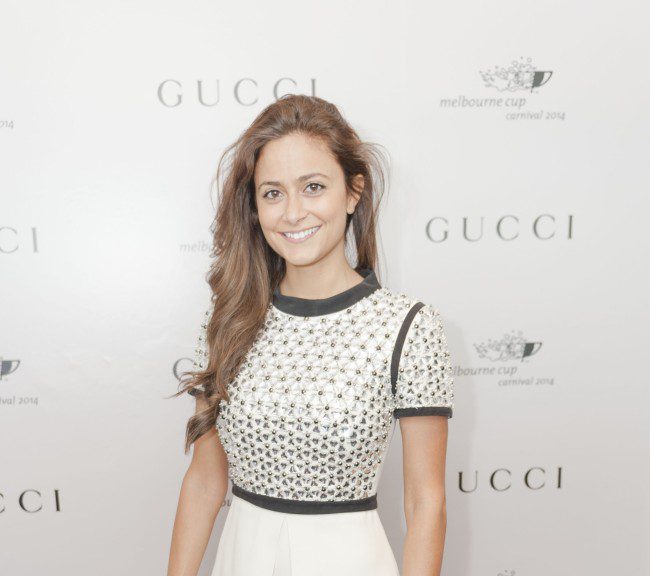 Nathalia Chubin wasn’t impressed with the use of the term ‘wog’ in Australia. Photo: couturing.com

“When you get to know a wog, you don’t just befriend them, you become part of their family. Cousins galore will fix your taps, do your tax, colour your hair and hit on you in the queue for the bathroom at cousin Voula’s wedding to her sister-in-law’s brother-in-law. Wogs look after their own − and everyone else.”

These are the words with which I started my Sunday morning; words penned by Herald Sun journalist Susie O’Brien in an article titled ‘Susie O’Brien on wog being an endearing term, losing its stigma’.

The title instantly tipped me off that something wasn’t right here, but I kept reading in good faith that I would at some point become enlightened.

Instead, however, all I seemed to encounter where a host of reinforced stereotypes – “With their smelly sandwiches, hairy legs and moustaches (and this was a girls’ school), the wogs definitely stood out” – that I had come to resent while growing up as the Australian-born child of Greek migrants.

Stereotypes which over time I, along with many others, learnt to ignore in an attempt to formulate an identity of our own.

And yet here we are in 2016 with a woman of no known ‘wog background’, as Ms O’Brien would no doubt put it, daring to think she can have an opinion on whether the term ‘wog’ is endearing or not.

To put matters into context, the article was inspired by a series of tweets from Nathalia Chubin, marketing guru and wife of Australian actor Adam Garcia, in which she wrote that she was grateful to be back home in the UK after a series of racist jibes on a recent trip Down Under.

“Sorry Aussies, I love your beautiful country but I’m glad to be back home where I’m probably not going to be called a wog anytime soon,” tweeted Chubin, who for the record, is a Brit of Persian decent.

Perplexed, Ms O’Brien wrote: “Surely there was a misunderstanding. Doesn’t she realise wog is an affectionate term in this country? It’s an endearment, not an attack.”

I can just see her now, reading Chubin’s tweets, thinking: ‘But she is a wog, isn’t she? Certainly she looks like a wog. Wogs even refer to themselves as wogs; some of them have even profited because of it (see Nick Giannopoulos and Mary Coustas). So what’s the problem here?’

So you shouldn’t be offended.

Just as those with dark skin, who may use the ‘n-word’ to refer to themselves, should, regardless of the context, not be offended if referred to as one.

Just like women shouldn’t be offended when they hear what they may perceive to be a sexist joke, because really, think about how far they’ve come in society.

And yes, it is precisely the same thing.

While Ms O’Brien acknowledges the passage of time and how things have changed to the point that “these days Australian society is so diverse that no one cares if your name is Spiro Constantinitis or Sharon Clarke”, she fails to acknowledge the context of the term being used.

Beyond that even, while some people of ethnic background may be comfortable with the word, there is no recognition that others may not.

In fact, I’d like Ms O’Brien to have a conversation with someone like my father who, born in Thrace, migrated to Australia in the ’60s under a scheme which welcomed his labour to help build this nation into what it is today, and yet was abused for being a ‘wog’ before he even had the chance to know what the word meant. Ask him, and thousands of others, whether it’s an endearing term. Or are we not entitled to hold on to memory and recall them in times like this, because it’s 2016 and well, we all have freedom of speech, don’t we?

This is a case, yet again, which unfortunately is becoming all too common, where someone who has not been in the firing line of the discrimination in question claims to ‘understand’, just because they have a couple of friends of European decent who have chosen to reclaim the term ‘wog’.

But the reality is that this doesn’t make you an authority on the matter, nor do I think it gives you the right to claim your views in an op-ed. Because you have to draw the line somewhere.

There will, of course, be those who think I should see the humorous side; others may even go as far to say that I am what is going wrong with this world − political correctness gone mad. But I sternly disagree.

Using terms such as ‘wog’ is what sociologists would call ‘othering’; a way to call people out on and recognise them instead for their differences − with the added assumption that all people of a particular ethnic background look, behave and think the same way − instead of granting them the uninhibited freedom to feel that they are equally a part of the fabric of this society.

That same Sunday morning, I coincidently saw a tweet directed at a Greek Australian friend of mine, who is an avid supporter of AFL and the Crows, from @FlindersBligh. It read:
“What would wogs know about Aussie rules … seriously as a Crow’s supporter you wogs embarrass me!”

Since Susie O’Brien’s article was published, Nathalia Chubin has given her side of the story on Huffington Post. To read in full, visit www.huffingtonpost.com.au/nathalia-chubin/its-not-okay-to-call-me-a-wog/