‘Australia is the ideal forum to discuss the Parthenon Marbles’

Legal philosopher Dr Tria Gouvas shares his thoughts on the Greek case for the return of the marbles, which will be debated in a ‘moot court’ in Melbourne 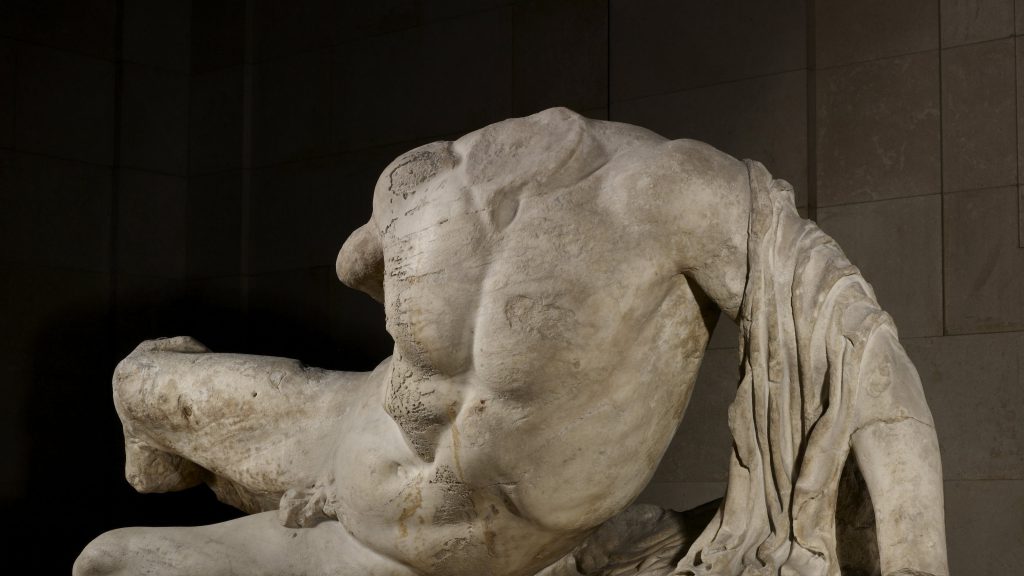 As common as simulated trials may be, especially in law schools, few can ignite the kind of emotional response that came with the news of a ‘Greece vs UK: The Parthenon Marbles Case’ moot court.

Organised by the Hellenic Australian Lawyers Association (HAL) and Monash Law School, the moot court will take place on Wednesday 19 October at Monash Law Chambers (555 Lonsdale Street, Melbourne), with the participation of some of the country’s brightest legal minds.

Justice Debra Mortimer of the Federal Court of Australia, Justice Rita Zammit and Justice Emilios Kyrou of the Supreme Court of Victoria will serve as judges. Julian Burnside AO QC will serve as counsel for the UK and Paul Anastassiou QC, President of the Victorian Bar, will be the counsel for Greece.

Speaking to Neos Kosmos, Dr Tria Gouvas, a post-doctorate research fellow in legal philosophy at Monash University, shared his insight on the significance of this event.

What urged you to participate in this ‘moot court’?
As a legal philosopher, I see no point in delving in matters of international law. What interests me the most is the notion of value attributed to artefacts, such as the Parthenon Marbles. If a work of art is dissected, is its value dissected as well? Despite losing some of its component, the Parthenon has not lost its position as one of the most significant monuments. In this case, the disagreement between the two sides is not based on aesthetic grounds.

Neither side doubts the aesthetic value of the Parthenon and the marbles. What we have is a moral argument, which the Greek side is trying to turn to a legal one.

This is a rather recent development, right? The campaign for the marbles’ return, from its inception by Melina Mercouri to this day, has mainly been based on moral and emotional grounds.
Absolutely. And the British side has used this to explain its attitude; it says that it is not interested in spending time on a moral argument, given that this is not going to go to court. The two sides agree on one thing, that there is a moral argument, but the British side does not see this as a basis for a legal argument. That’s why there has been no progress in UNESCO’s Intergovernmental Committee for Promoting the Return of Cultural Property to its Countries of Origin or its Restitution in case of Illicit Appropriation. International law is peculiar in this way; in order for any process of arbitration to take place, both countries have to provide consent. So far, the UK has denied taking part in any such process.

In what way can a ‘moot court’, like the one planned to take place in Melbourne, serve as a trial field for the legal arguments in case of an actual trial?
We need to stress that, if the UK consents and this case goes to any kind of court or international arbitration, then the arguments will be mostly of a moral nature. The difference will be that their use will be possible, because of the legal setting. But so far, there is no legal precedent. If this case goes to court it will be what we call a ‘casus unicus’, a unique case. There lies the Greek side’s bet. I don’t think that we need to set a legal precedent for the return of monuments in general. Our argument is that of uniqueness. But we need to define what is unique. Is it the monument itself, or the conditions under which it was damaged?

What is your view?
I don’t want to focus on the legal side so much, as to the clarification of the nature of disagreement. What is it that differentiates the Parthenon from any other legal claim? One of the moral arguments is that the integrity of the monument has been compromised due to the removal of the marbles. This argument is not without limitations. It allows us, in part, to explain why what happened was not allowed, because it damaged the monument’s integrity. On the other hand, we cannot use it as an argument to claim the marbles, saying that we aim to restore the monument’s integrity. Returning the marbles does not mean restoring the monument, because they will not go to the Parthenon, they will go to the museum. So as we are not going to re-unite them, we need to come up with a different argument.

What might such an argument be?
One sound argument would be that of re-distributive justice, focusing on the conditions under which the marbles were removed, when Greece had yet to become a sovereign state. Unless we want to proceed to an ecumenical argument, applied to all removed parts of monuments in the world.

It is obvious why such a trial simulation would be of interest to Greeks, but what would the significance be to other communities?
It is by no accident that this takes place in Australia, not only because of the strong presence of Greeks, but because the country itself is a mosaic of different ethnic communities, cut off from their respective cultures. This is fertile ground for the validation of a public debate on rights and claims. There is also an undercurrent of guilt: if these cultures cannot claim their connection with their own past, this is an argument lost for the indigenous, in their quest for recognition.

So you’re saying that this ‘moot court’ might prove to be more interesting to Indigenous Australians than to Greeks?
Absolutely. It is a morally equivalent debate forum, though in their case, what is claimed is not cultural property, but cultural jurisdiction.

‘Greece vs UK: The Parthenon Marbles Case’, Wednesday 19 October 2016, Monash Law Chambers, 555 Lonsdale Street, Melbourne, VIC. Tickets cost $20 for students; $35 for members of HAL and $50 for all other attendees and are available at www.trybooking.com/229001