In Mykonos, all that glitters may be ancient jewellery

How ‘Vanity’, an exhibition of jewellery spanning five thousand years, drew visitors to the Mykonos archaeological museum and highlighted a new approach by the Greek Ministry of Culture 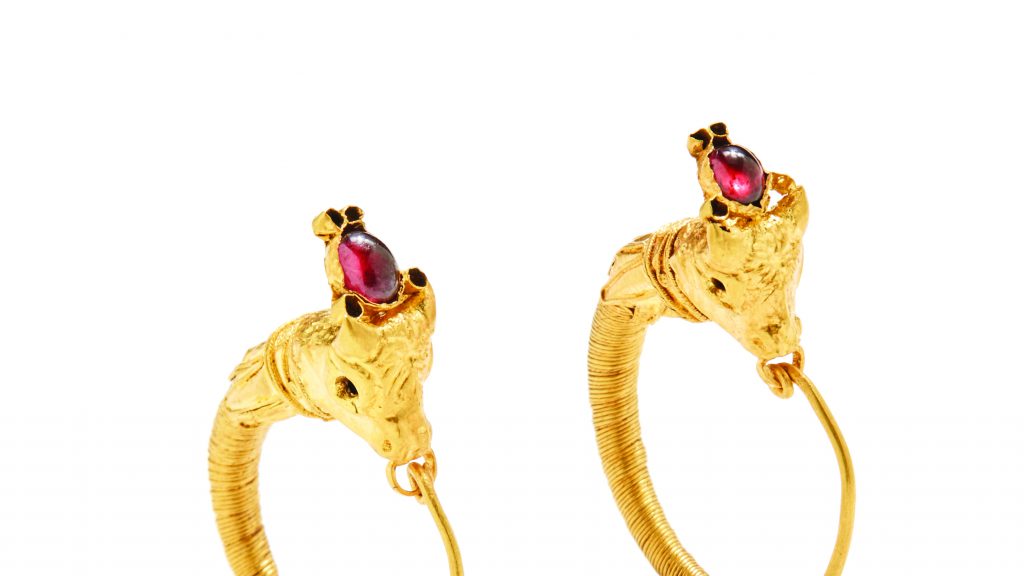 Stunning beaches, beautiful Cycladic architecture, endless partying and luxury entertainment has made Mykonos a haven for the global elite. The island has long been associated with vanity, though this time around it is different.

‘Vanity: Stories of Jewellery in the Cyclades’ is an exhibition that aspires to bring tourists, locals and visitors to one of the least visited venues of the island − the Archaeological Museum. Featuring more than 200 largely unknown treasures from 19 different Cycladic islands, spanning from Neolithic times (5,500BC) to the late 20th century, the exhibition opened in August, offering a journey into the history of Cycladic jewellery. 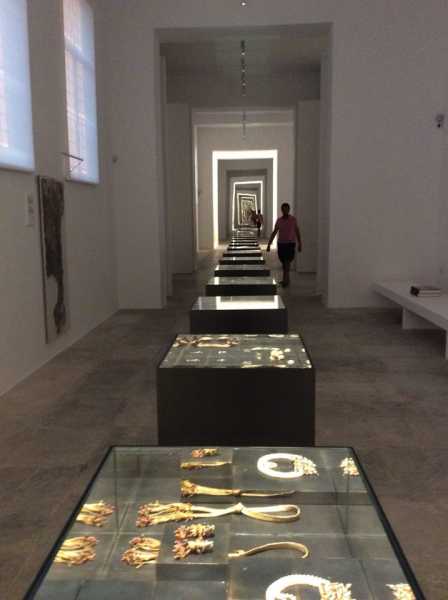 A wide range of ornaments is on display, from simple, beaded jewels made of shell, bone and ivory to lavish accessories such as earrings, bracelets and rings in gold, silver and bronze decorated with precious and semi-precious stones, faience, coral and glass. Many of them are recent finds, shown to the public for the first time – among them two murals and a post-Byzantine icon.

The concept behind ‘Vanity’ is to highlight the cultural importance of jewellery throughout history and gain insight into the societies that produced them. From prehistoric Cycladic pendants to Roman necklaces and Byzantine rings, the exhibition presents archaeological artefacts to the public for the first time, paired with treasures from the Folkore Museum of Mykonos, the Byzantine Museum in Athens and many other collections. 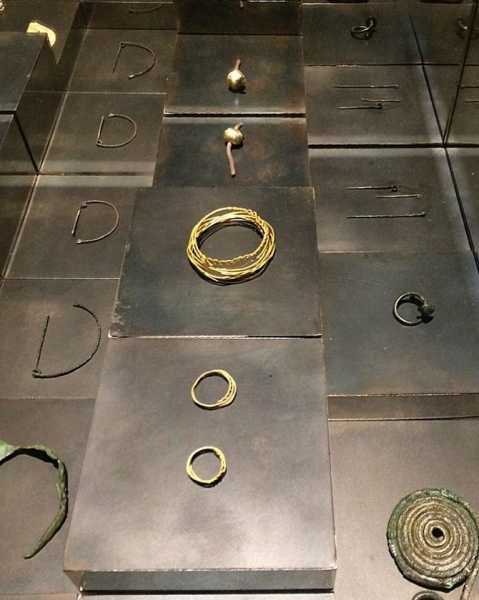 According to the museum, diadems, hair rings and earrings, anklets and armbands, fibulas and pins, finger rings and bracelets made from shells, bone and ivory, common and semi-precious stones, glass, faience, and coral as well as of bronze, silver and gold reveal human beings’ eternal need to adorn their body, hair and clothing to draw attention and beguile, to stand out, to assert themselves, to attract auspicious powers, or to avert evil.

From among these artefacts’ multiple meanings, it was decided to highlight their role as evidence of human vanity and coquetry, thus stressing their timeless function and linking them with contemporary humans. All the items − which include pieces worn for purely decorative purposes as well as offerings discovered at sanctuaries such as Delos, among others − are made of precious or semi-precious materials and indicate power, femininity or, in fact, vanity, but they are all a testament to the artistry of local craftsmen and its evolution through the ages.

This kind of interaction between the modern and historical pieces is not only a way to create a bridging narrative, but played an important role in making the Mykonos Archaeological Museum a centre of attraction for visitors who otherwise would not enter it.

Though the museum was built in 1902, and underwent major renovations in the ’30s and ’70s, it was largely overlooked. ‘Vanity’ signals a new era for it. The Ephorate of Antiquities managed to renovate the Archaeological Museum and launch ‘Vanity’ in only two months, a record-time for a state organisation with limited financial resources.

The exhibition is curated by Dimitris Athanasoulis, director of the Ephorate of The Cyclades, who stressed that the island of Mykonos has over two million visitors every year, of which only a tiny fraction, estimated to be around 8,000 people, visit the museum, while the same is true for many of the museums in the islands, despite the important value of their collections. This fact urged the Greek state to plan an aggressive strategy to highlight the archaeological and historical importance of their local areas, and ‘Vanity’ is the first step.

“We wanted to take a whole new approach to what an archaeological exhibition is expected to be. We wanted to think out of the box,” Athanassoulis explained.

The result brings to mind the setup of contemporary art shows. The two halls of the museum are covered wall-to-wall and floor-to-ceiling with mirrors, reminding the visitor of a giant jewellery box and amplifying the sense of vanity, while the artefacts are displayed in small, elegant, mirror-paneled showcases.

“We brought the jewels to the modern day, we present them as jewels someone could wear and admire today, regardless whether they know history or not.”

So far, the exhibition has been a success, as it has had more than 4,000 visitors in about six weeks. It will remain on display for a year, and from October 2017 it will start travelling to other Cycladic museums, which are also undergoing much needed renovations, in the Greek state’s quest to promptly upgrade them to meet the demands of the swarms of tourists visiting each year.