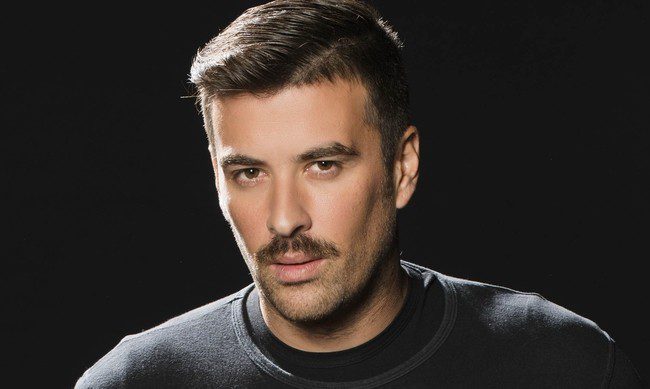 Set in modern day Greece, the movie tells three separate love stories, all between a Greek and a foreigner. The narratives represent a different generation falling in love during the European crisis, which eventually connect to a single story.

The Melbourne opening night Gala which will take place at The Astor Theatre in St Kilda is sold out with over 900 tickets issued. The audience and esteemed guests will be welcomed with canapes and cocktails from the team at Bahari before the premiere screening of Worlds Apart, followed by the Official After Party with Hellenic wines and beer alongside selected desserts.

The opening Gala’s red carpet guestlist includes President of the Greek Community of Melbourne Bill Papastergiadis, Victorian Multicultural Commissioner Helen Kapalos who directed the documentary A Life of its Own: The Truth about Medical Marijuana, Greek ambassador to Australia Mrs Ekaterini Xagorari and Marina Hrysoveloni, Greece’s Deputy Minister of Infrastructure, Transport and Network.

On the celebrity side, famous Greek actor Yiannis Aivazis from Dream of a Shadow and Nikita Ballas will be attending, all the way from Greece. GASFF Co-curator and actor (Wentworth, Little Acorns) Katerina Kotsonis and filmmaker Luka Lesson (Moment to Moment) will also be there, including David Parker from Cascade Films, Helen Marcou from Bakehouse Studios and acclaimed directors Ana Kokkinos and Alkinos Tsilimidos.

Featuring a selection of the latest features, documentaries and shorts made in Greece or directed by Greek-Australian filmmakers, the Festival will offer a proud survey of contemporary Greek film. The Delphi Bank 23rd Greek Film Festival this year runs from 12 to 23 October 2016 at Palace Cinema Como and The Astor, and also travels to Sydney, Adelaide, Perth, Canberra and Brisbane.

Note: Due to high demand GFF have also added sessions for Worlds Apart at Palace Cinema Como (Toorak Rd, South Yarra ) for a special opening night celebration event with Greek wines and beer, Hellenic bites and live music prior to this special screening.