Everyone who migrated to Australia from Greece post-WWII did so with great expectations of a better life with more economic opportunities. What happens to your dream when you have a child born with a severe disability and you live in a foreign country? 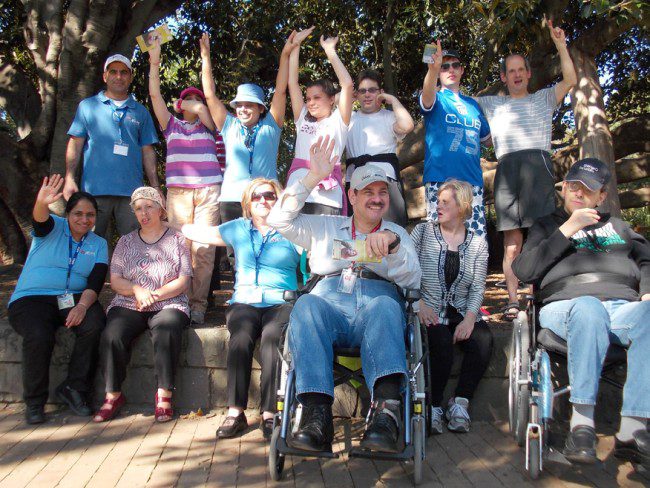 Mothers bear the brunt as they are traditionally seen as the family caretaker. They are the ones who stop working to look after the child and can become isolated from the Greek community and the broader Australia community for decades.

I write this, coincidentally, soon after the apparent murder/suicide of a Colombian family that included two children with autism. Much is being made of the children’s disability and the strain it placed on the family; the inference, presumably, is that it was the motivation for their murders.

“It is fair to say that it is more difficult for carers from a non-English speaking background because not only is the English language a barrier, even if things are translated older people often can’t read in their native language,” says Carers Australia program development officer Simone Sharkey, referring to elderly Greek Australians.

The most wide-ranging study of Greek background carers was undertaken by Morse and Messimeri-Kiandis (1997). They found mental health of carers considerably worse than non-carers due to the unrelieved stress and strain of caring. The majority were using some form of assistance, but few were using a full range of carer support services available. The notion of self-sacrifice was strong.

Agapi Care House in Oakleigh is a Greek background respite centre that has currently suspended its respite care service to temporarily house six clients, with a range of disabilities, whose parents can no longer look after them. I recently spent a morning at Agapi Care talking to the parents whose adult children reside at the centre. These clients are waiting to move into the purpose-built Kakosaios House in Clayton where they will live permanently, each with their own room. Their parents have relinquished their daily care to the Victorian government because they feel unable to cope with their children’s behaviour. The process of relinquishing a child is deeply traumatic and is only done as a last resort.

“The first thing the parents get is depression. In the Greek culture, if you’ve got a disabled child, then you’ve got a stigma. Of course it’s not, but it is very hard to get this out of the mind of a woman who is 70 years old. She is ashamed,” says Agapi Care house supervisor Anna Angelidis.

She says that if the child exhibits challenging behaviour publicly, the reactions of people can discourage the mother from going out. She becomes further isolated.

“If we take our clients out into the Greek community, they stare at them and talk to each other, they point, it’s just not fair.”

Angelidis says that the way Greeks view disability can make it harder for them to cope.

“Other cultures accept it more. They say ‘it’s just bad luck’. We have an Aussie family who leave their twin kids with us to go on holidays and have their own life. They take time for themselves. In our culture, it’s different. They keep suffering and asking why, why did it happen to me?’.”

Olga*, a single parent in her 70s, gave birth prematurely to her son Nick* when she was 42. He survived but was intellectually disabled. She separated from her husband soon after his birth. Nick’s care fell solely onto Olga’s shoulders, with a day school for children with intellectual disabilities offering the only respite.

“My life ended at the age of 42. I never worked again. My life became rubbish. I stayed home for 30 years looking after him on my own.”

Olga was forced to relinquish his care to the state government in 2012 after Nick became more aggressive towards her, which she attributes to his depression. “If he pushed me, and I was unconscious or killed, what would happen to him? He could end up in the house on his own for days.”

Now, Nick lives in several supported accommodation facilities in rotation, as there is no full-time bed available for him at Agapi Care. This is upsetting for Olga and Nick, who both prefer the Greek-speaking Agapi Care facility. His placement, however, has given Olga a chance to retire from intensive caring.
Caring for a disabled child in the home for as long as possible is an integral part of the Greek character.

“There are many carers who are well into their 70s that are still caring for a child with a disability. This can cause issues as the carers have age-related issues and it is often difficult to introduce services like personal care to an adult with a disability when mum and dad have been doing it all their lives,” says Carers Australia program development officer Simone Shirkey. For Australian-born Toula and her husband John*, any difficulties they face in Australia with their adult son Paul* are nothing compared to the difficulties they left behind in Greece when they migrated 18 months ago. Parents must pay for their child to attend a privately-run day school when they are under 18.

There are limited support services for people with disabilities after they turn 18, meaning they are homebound, usually looked after by their mother. John’s income had dropped significantly with the Greek economic crisis, forcing their repatriation to Australia for employment and where support for Paul is better.

For the first time in more than 20 years, Toula is able to sleep at night without been woken up by Paul, who has settled into his new residence. They socialise more.

Maria*, whose adult daughter Penny* is in a wheelchair and wears incontinent nappies, says Greek holidays showed it would have been impossible for them to live in their Greek village because of the poor footpaths. People would ask intrusive questions about her daughter. In Australia, Maria was able to work while her mother-in-law minded her daughter but after her death, she was forced to stop working and become her daughter’s full-time carer.

“I lost my life. That’s how I see it. Everything is always black. I take antidepressants.”

Maria’s daughter was a casual resident of the respite centre, but has lost her place while the permanent residents wait for their accommodation. She has no long-term plans for Penny’s care, typical of a lot of Greek carers.

“I meet older Greeks with kids who are 45-50 years of age and they are very reluctant to put them in a home. I’ve asked them, what happens when you die and they say, ‘oh well, he’ll be looked after’. But they don’t understand the difficulty of finding a permanent facility for your 50-year-old child after you’ve died. What happens is they go from pillar to post. They might live two days in Berwick, three days in Pakenham, four days in Oakleigh. The Department of Human Services takes the cheapest way out and that is how they get looked after,” says Joanna*, 48, whose son Jason* lives full time at Agapi Care.

“I want him to be in his permanent home; to have his carers, his routine, his own room. His carers can get to know him while I am still around and able to advocate for him, so when I die, he’s there.”

* All names have been changed upon request.