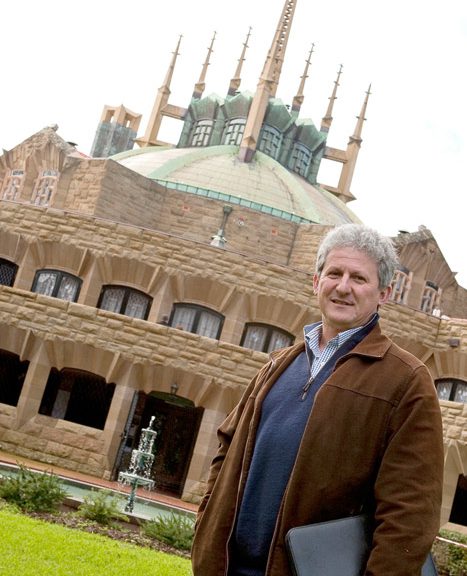 Melbourne heritage architect Arthur Andronas has won a top architecture award for the second year running.
Mr Andronas’ firm Andronas Conservation Architecture took out the Australian Institute of Architects Victoria Heritage Architecture Award for their work on Newman College at the University of Melbourne.
Ecstatic at the surprise win, Mr Andronas said he appreciated the recognition.
“It’s acknowledgement that our pursuit of excellence, across everything we do, is recognized by our peers,” he told Neos Kosmos.
In their citation, the Institute’s judges praised Mr Andronas’ groundbreaking approach to the work.
“In developing their restoration program … the architects have demonstrated admirable quality assurance practices,» the judges said.
«Their methodical approach provides innovation in conservation of Victoria’s most important sandstone, which will be applicable to other buildings.»
Newman College was designed and built in the early 1900s by Walter Burley Griffin, who also designed the layout of Canberra.
As a result Newman has become one of the top ten most important 20th century buildings in Australia.
Mr Andronas was tasked with restoring the facade of the building and says he drew inspiration from Burley Griffin’s own controversial techniques, including the use of repair mortars, which had to be imported from Germany.
«Because he was a fairly controversial architect in the methods he used, we were allowed to use this sort of approach, given the complexity and the delicacy of the stone,» Mr Andronas said.
It’s the second year straight that Andronas Conservation Architecture’s work has been recognized among the best in the country, after they won both the AIA Victoria Heritage Architecture Award and the AIA Lachlan Macquarie National Award for Heritage in 2009, for their work on St Paul’s Cathedral in Melbourne.
Mr Andronas says that winning the awards has taken his four-person practice to a new level.
«We’ve been invited and have been successful in getting a job with Port Arthur and the restoration of the ruins of the early penitentiary, so that’s a real coup and a real honour,» he said.
«They only select people who have won national awards to do their work, and given that Port Arthur is about to go on the World Heritage list, the job has international ramifications as well.»