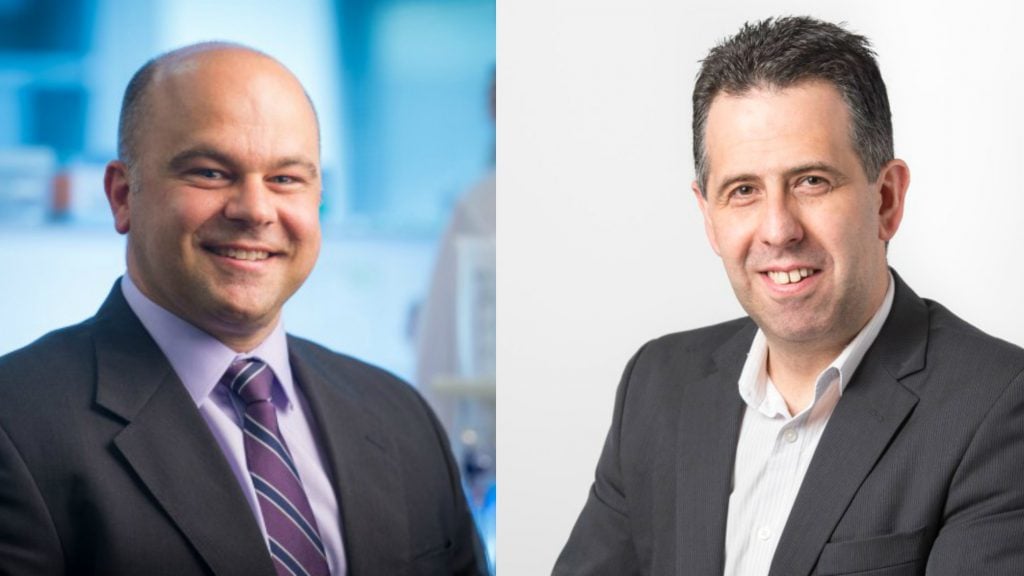 Medical research into respiratory disease being undertaken by two Australian-born Greek doctors has gained immense traction, with $2.5 million in funding obtained from this year’s NHMRC project grant round.

One of our major objectives as medical researchers is to provide inspiration to our next generation scientists, and we certainly hope our story goes towards achieving this.

Associate Professor Ross Vlahos from RMIT University and Dr Stavros Selemidis from Monash University are both Australian-born Greek medical researchers who have a strong, ongoing collaboration and high-impact work in the areas of chronic obstructive pulmonary disease, viral infections and cancer.

Their thoroughness in this field of research has been the subject of the recent NHMRC success and also of the many publications and high- profile international presentations at prestigious conferences such as the Gordon Conference (US) and Innate Immunity Conference in (Crete), in 2016.

Selemidis, who, as a first-year BSc student in 1992, met Ross Vlahos, a PhD student in the Department of Pharmacology at the University of Melbourne. Ross was in the middle of an exciting experiment at the time and Stavros instantly noted Ross’ enthusiasm for medical research in this first encounter. This very first meeting sparked the beginning of a long-standing friendship, but it wasn’t until 2010 that the two began discussions and experiments in the area of influenza A virus, which induced lung disease. In 2016 their work has moved on to identifying novel drug targets for the treatment of the most devastating diseases caused by viruses worldwide. At the moment they are looking at developing novel therapies to treat respiratory virus-induced lung disease in normal people and in people with underlying chronic lung disease such as chronic obstructive pulmonary disease (COPD).

The esteemed researchers took some time from their busy schedules to speak to Neos Kosmos about the pivotal role their research plays in understanding and curing these diseases.

You say you have taken a ‘global’ approach in your research. What does this entail?
We utilise forefront technologies to identify and characterise fundamental biological processes influenced by toxic free radicals that are triggered by viruses such as the flu and HIV.

The approach is a synergistic collaboration between researchers with unique and complementary expertise across disciplines and across seven major universities in Australia and Trinity College Dublin in Ireland to ultimately identify future drugs to treat viral disease. The ever-present threat of epidemics and pandemics, emerging anti-viral resistance, and long lag times for vaccine development highlight an urgent and ongoing need for novel therapeutic approaches that alleviate viral pathology, ideally in a manner that is independent of the infecting strain.

We have identified a novel biological mechanism that is viral strain-independent, which provides a target for therapeutic intervention. We focus on the important gene, the NADPH oxidases (NOXs) − which are the ‘master’ generators of reactive oxygen species (ROS) in mammalian cells. ROS are a crucial component of the immune response to invading pathogens, but paradoxically, ROS promote viral disease by unknown mechanisms. We provide proof-of-concept that this mechanism can be exploited via novel drugs to specifically target ROS in a manner that dramatically reduces viral disease.

How did you decide to start working towards this direction? What makes this research so important for future treatments?
Associate Professor Ross Vlahos has a long-standing interest in chronic lung diseases, including chronic obstructive pulmonary disease (COPD), lung cancer and respiratory virus infections. His work is inspired by a family connection to lung disease, because his grandmother died of lung cancer when she was in her 60s. Thus he is passionate about identifying and developing novel treatments for people with lung diseases.

Stavros and I have been friends for a long time and it became apparent that there were a number of synergies between our respective research programs, so we joined forces to develop novel drugs to combat the major global burden caused by respiratory viruses (eg. influenza) not only in healthy people, but also in people with underlying respiratory conditions such as COPD.

There are problems with current strategies to treat influenza virus infections because people are developing resistance to existing anti-viral drugs and development of vaccines against new strains of influenza viruses can take up to six months, thereby putting the health of people at risk. In addition, current therapies are largely ineffective in COPD.

Is there an immediate goal towards which you will allocate the funding you have received, and what long-term results do you aspire to achieve in the future?
First of all, we were delighted to receive this funding because it opens up wonderful opportunities to develop this exciting work. Our first goal is to test novel drugs that we have developed against respiratory virus-induced lung disease.

Our long-term goal is to develop effective treatments for respiratory virus-induced lung disease and COPD. One of our major objectives as medical researchers is to provide inspiration to our next generation of scientists, and we certainly hope our story goes towards achieving this. We need to encourage people to lead healthy lives and avoid the causes of respiratory diseases such as cigarette smoking and viral infections. Stop smoking.

Dr Stavros Selemidis is an Australian Research Council Future Fellow and a laboratory head at the Infection and Immunity Program, Biomedicine Discovery Institute, Department of Pharmacology, Monash University. He was successful in obtaining two NHMRC Project Grants for the 2016 round of funding. He has 40 publications in high-impact journals and has received a total of $4.5 million in research funding. His current research team composes of four PhD students and two BSc (honours) students.

Associate Professor Ross Vlahos is a Principal Research Fellow and head of the Respiratory Research Group in the School of Health and Biomedical Sciences at RMIT University. He has more than 80 publications in peer-reviewed high-impact journals, has received a total of $10 million in research funding and has played a major role in commercially-funded work that has confidentiality/patent agreement. His current research team composes of one Postdoc, four PhD students, one Masters student and three honours students.