Teaching resilience to the most frail victims of the crisis It is a well-known fact that the ongoing financial crisis in Greece has begun to take its toll on several groups of the population, not least among them children. For the past years, teachers, parents, as well as sociologists and mental health professionals, have been reporting a rise in incidents of children struggling with learning or developmental issues, presumably ignited by the after-effect of the crisis in their families. Agapi Vrantsi tried to act on it.

A teacher herself and headmistress of a small primary school in Western Macedonia, she decided to further explore the issue, taking on a PhD on ‘Enhancing resilience in children during economic crisis through teaching interventions in primary school’, she set off on a challenging journey.

The PhD candidate recently visited Australia, alongside Associate Professor Katerina Dimitriadou of the University of Western Macedonia. Invited by Maria Dimopoulos, who is active, through her venture, Myriad Consultants, in issues affecting children and women in the community, the two academics were given the opportunity to present their research findings and methods of teaching resilience in children aged 9-11 years old.

Speaking to Neos Kosmos, Professor Dimitriadou defined “resilience” as “the human capacity for recovery from negative life experiences and potential for empowerment through strategies for dealing with such experiences”. She went on to explain how this program is an effort to strengthen both students and teachers and create “something positive” in an educational system that seem to be suffering.

“I was spurred by the fact that Greece is suffering from the financial crisis and that I live and work in an area − Western Macedonia − which is among the poorest and most challenged in the country,” explains Agapi Vrantsi.

“Unemployment is very high and it affects many fragile parts of the population, especially children, who are the most fragile. We see children being very stressed and suffering from anxiety; some are isolated, others are becoming aggressive and refuse to participate in class.
“We’re focused on cases of children who show difficulty or reluctance to integrate. We introduce activities in the classroom which help them develop resilience. We focus on the development of the child’s ‘soft skills’ which help the sense of community. Though this only began before Christmas, we already have encouraging results,” she said. 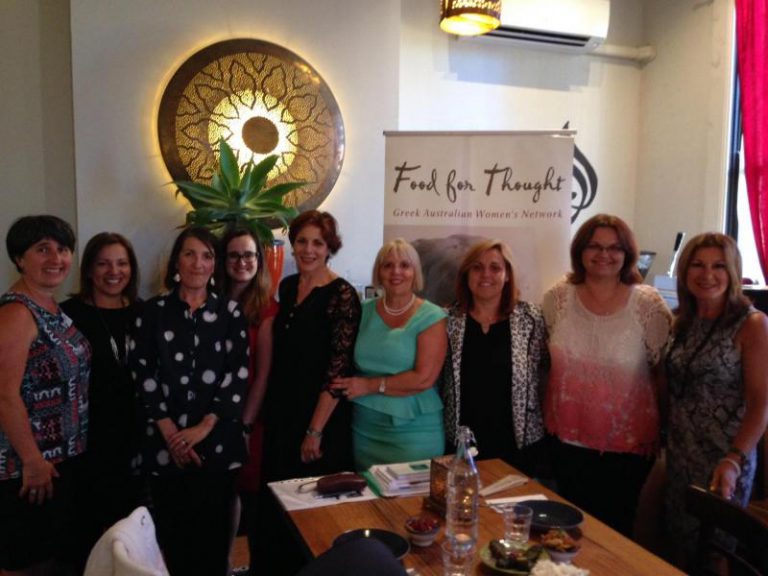 The program will conclude in May, when the research findings will be presented in the academic community.

During their brief visit in Australia, the two academics had the opportunity to present their work to stakeholders in the Greek community; teachers, academics and people involved in policy.

“We wanted to see what kind of issues teachers deal with here, working with new migrant children, who are often facing many challenges,” says Professor Dimitriadou.

“Some are discouraged from following Greek school, which undermines the objective of inter-cultural education. Overall, the issue of resilience is not restricted to Greeks; we saw interest among other groups, especially people coming from the migrant or refugee communities, who also struggle to assimilate. What’s more important is that we had the chance to engage in dialogue and establish relationships that will allow us to continue to exchange resources”.

For her part, the PhD candidate is grateful to be given the opportunity to present her work and raise awareness of the struggles that Greek students are facing at the moment.

“This journey made me feel more confident and gave me strength to further pursue this project”, she said.