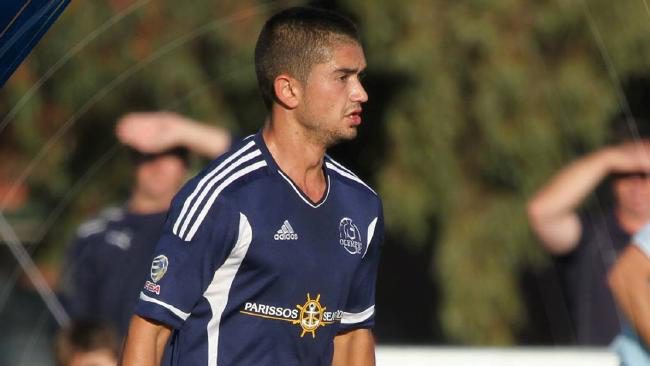 Up-and-coming 23-year-old Greek Australian soccer player George Hatzipanagiotis died tragically last Wednesday night when he lost control of his speeding motorcycle and collided with a parked car whilst travelling along Seaview Road at Henley Beach, bringing shock and sorrow to his family, friends and the entire South Australian community.

According to the initial findings, the son of Michael and Helen, from the island of Samos and Katerini respectively, wore a helmet, but his injuries were too severe and although witnesses and residents rushed to the scene and tried in vain to save the young man, he died instantly before his friends’ eyes who according to witnesses were absolutely besides themselves.

Nothing could be done to save him.

“A young life was cut tragically short. Our son’s beautiful smile is gone forever,” said George’s 52-year-old father about his eldest son who once represented Australia as a junior soccer player.

The apprentice electrician was riding his high-powered motorcycle with his friends around 10pm when tragedy struck on Seaview Road. Security cameras captured the group of motorcycles leaving the nearby carpark seconds before the crash.

“It was just heartbreaking. We could just hear wailing from the street as soon as the police went and announced his death”, said one resident about George’s heartbroken friends who had spent the evening together admiring their friend’s new motorbike that he had purchased a few days earlier.
Major Crash police spent hours at the scene with initial investigations revealing the motorcycle was travelling above the 40 km/hour speed limit.
“We believe speed is definitely a factor; the actual speed he was going is still to be determined but it is clear to the investigators at this early stage, that he was exceeding the 40 km/hour speed limit,” said Sergeant Christopher Lovell. 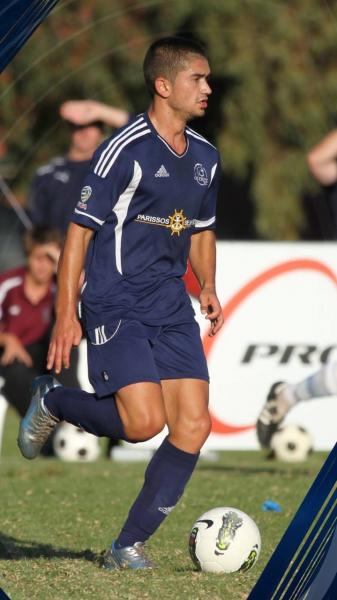 Devastated relatives and friends gathered at the crash site on Thursday morning to leave floral tributes for the young man who attended St George College in Adelaide whilst many of his friends took to Facebook to leave videos and message tributes on George’s personal page.

“He was full of energy, always smiling, always happy and a really hard-working and good young man”, said President of Adelaide Olympic Football Club and close friend of the family, Stavros Parissos in an interview with Neos Kosmos. “May you rest in peace levendi.”

West Adelaide Hellas Soccer Club also posted tributes online: “The West Adelaide Soccer Club family joins the long list of members of the football community to convey our sincere condolences to the family following the tragic death of your son, George. May you find the courage and strength to move forward at this difficult time and know that you are in our thoughts and prayers.”

“Life is an exciting journey but it can change in an instant. I still can’t believe that the one minute we are hanging out, laugh and talk about our motorbikes and the next minute something happens and you are gone forever. Life isn’t always fair. Kalo taxithi file mou,” wrote one of George’s closest friends who was with him on the night.

Greek Australian State Treasurer Tom Koutsantonis also expressed his condolences.
“God rest him and comfort all those who loved him and knew him,” he wrote.

In an official announcement, Football Federation South Australia extended its sympathy and thoughts following the sad passing of George or “Hatzi”, describing him as “a talented and respected player who had been previously registered with Adelaide Olympic Football Club and Adelaide Raiders and was part of Adelaide Comet’s 2012 Federation Cup winning side.”

The Federation also postponed the Women’s National Premier League Round 1 Fixture between Adelaide City and Fulham United out of respect, as father Michael Hatzipanagiotis is also the Assistant Coach at Adelaide City Women’s Football Club.

The funeral details are yet to be finalised.

Neos Kosmos would like to express their condolences to father Michael, mother Helen and younger brother Christos for the tragic loss of their son and brother.