Saving food from waste and delivering it to those in need? Yes, we can 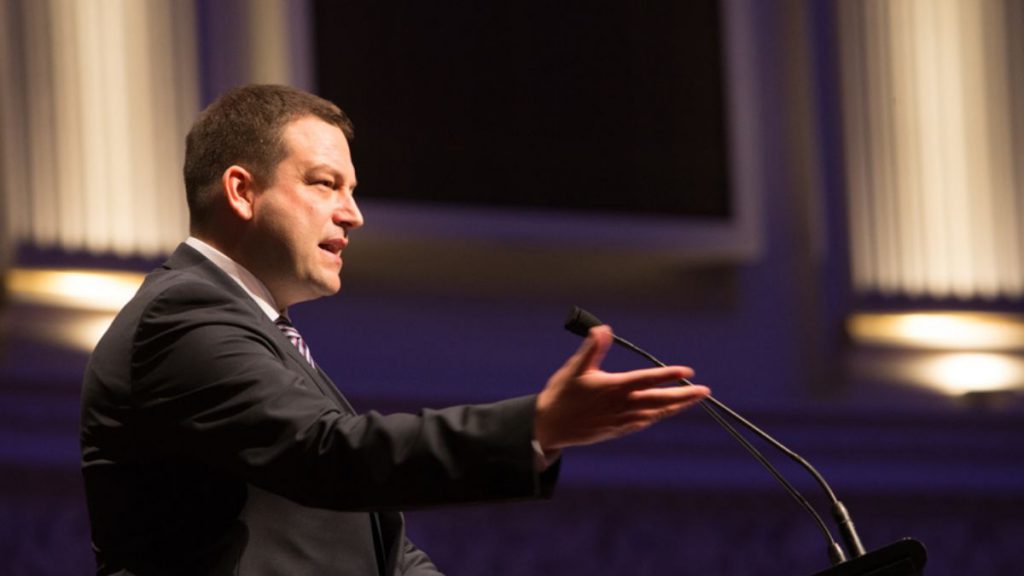 If there’s one person in Greece, with an inspiring, ‘can-do’ attitude, it is Alexandros Theodoridis. Co-founder of Boroume, (‘We Can’), a not-for-profit organisation that organises the distribution of surplus food to charities throughout Greece, he visited Australia to launch a volunteer program, developed and executed in partnership with The Hellenic Initiatives for Greek Australians who want to combine their holidays in the motherland with helping those in need. Speaking to Neos Kosmos, Alexandros shared the backstory of Boroume, which has saved more than 12.5 million portions of food, valued at €18.7 million, since 2012, donating to more than 1000 organisations throughout Greece, and is now offering more than 19,000 portions of food on average through their network every day.

“We saw how easy it is for a donor to just make a call and say: ‘I have this to offer’. The rest is our job”, says Alex with inspiring confidence.

“We don’t have a warehouse, but we know where all the soup kitchens in Greece are located and we act accordingly. Donations come from all over the place: it might be from an individual having a party at home to a large food manufacturing company, supermarket chains, farmers’ markets, and bakeries. There’s an abundance”.

The emergence of initiatives such as Boroume offers valuable insight into the surge of volunteerism in Greece, which was practically non-existent before the crisis. “It is true that up until 2008, Greece had the lowest percentage of volunteers in Europe. Things have drastically changed since then. We started off with a team of five volunteers and we now have more than 150. In the past three years alone, we’ve had more than 500 people volunteer with us. But what we are mostly interested in is raising awareness among young people and educating them on the value of volunteering, through a special program that we have initiated in schools”.

As important as nurturing a volunteer mindset to young people might be, the organisation would not have evolved the way it has if not for the support of major donors. “We did not intend to create such a big organisation, but the dynamics were overwhelming, especially since 2013”, he says.

“For starters, we needed to have an office to conduct our operations. I had presented our work in an interview with a Swiss radio station, which led to a Swiss couple approaching us and offering to cover our rent for a year; five years later, they still pay our rent. Then, there is the Stavros Niarchos Foundation which covers our staff wages. We’ve had tremendous support from various stakeholders”.

The Hellenic Initiative ranks not least among them. The two charities joined forces to create this new program, urging visitors to Greece to volunteer with Boroume, for instance by spending a few hours working in farmers’ markets collecting unsold produce to be delivered to soup kitchens.

“This means a lot to us. Volunteers from abroad, especially coming from as far as Australia, hold a special place in our hearts. They are people of very good material. I believe that this represents the true meaning of solidarity, engagement, and giving”, says Alexandros Theodoridis, who presented the program in a Gala Dinner in Brisbane at the City Hall Auditorium.

Over 350 people from the Greek Australian and business communities attended the event, organised by The Hellenic Initiative, which culminated in the charity collecting $175,000 in donations.

“I’ve never had the chance to receive so much love and positive energy by so many people; this was an experience that made me really happy”, he says.

As for the plight of Greece, does he see light at the end of the tunnel?

“I have to. My son is 20 months old, I have no choice but to be optimistic, for his sake. What is going on in Greece is not a crisis. Crises come and go. What’s happening in Greece is a social and political disintegration, that has been going on for quite some time now.
“If someone came and said, a few years ago, that there would come a time where Greece would see unemployment rise to 24 per cent and 35 per cent of Greeks living in poverty and social exclusion, we’d have thought they were crazy. I wouldn’t know where we’d be if not for family in Greece. This is what keeps us together: where everyone shares what they have with others. This bond sustains us. Simple as that”.