‘Rebetika will always be relevant’

Few Greek music acts have managed to acquire the legendary status the Apodimi Compania enjoys. Now based in Athens, the band returns to Australia for a tour and George Galiatsos can’t wait to meet up with old friends and grab a bite from the kinezo 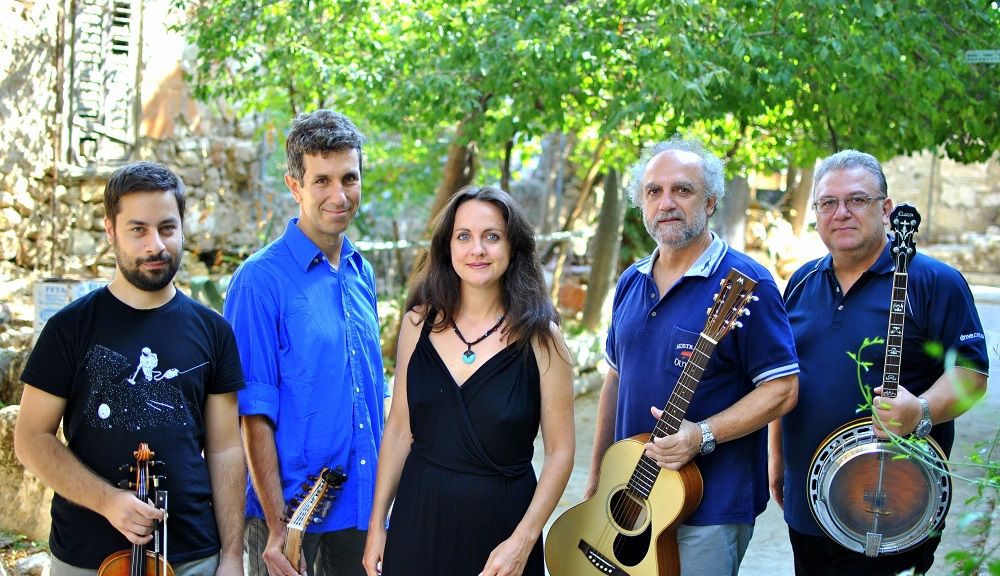 It’s always good news when Apodimi Compania return to Australia. Formed in Brunswick, the band is practically responsible for a rebetiko revival that brought the Greek community together (and made the genre popular outside it). Now based in Athens, the band was hit by tragedy in March 2012, when original and long-standing member Hector Cosmas passed away suddenly. The remaining members: Manuel Galiatsos, Yiannis Niarhos, George Galiatsos, and Chrysoula Kehayioglou kept the band together and are now on tour bringing along their newest member, fiddle player, Vangelis Votteas. Just before landing in Melbourne, George Galiatsos spoke to Neos Kosmos about the band and the significance of rebetiko.

Apodimi Compania is a point of reference for the Greek community and its appreciation of rebetiko. How do you perceive your role in the overall cultural landscape of the city and the community?
Apodimi is certainly one of the first bands to play rebetika and of course Greek folk music in Melbourne. It was a group of friends that got together through their love of rebetika to play music and have fun. At the time, the early ’80s, the only place one could go to listen to rebetika was a tavern in Richmond called Kalyva where Thimios Stathoulopoulos played. We managed to play this style of music for the next 10 years or so, all over Australia and at the same time performed regularly, on a weekly basis, at The Retreat Hotel in Brunswick. I think Apodimi managed to make this style popular once again, since there always have been revivals of the genre, and at the same time to turn the Retreat into a sort of ‘cultural centre’ where first- and second-generation Greek Australians would meet up.

When you think of those days at the Retreat, what is the first thing that comes to mind?
Music, dance, good company, laughs and a hang out for all those who felt the need to get together and share common experiences. I have not since come across such a place either in Australia or Greece.

What has been the best aspect of moving back to Greece?
Meeting up again with family and old friends, visiting Crete and family there, getting sucked up in the music scene, and listening to all types of Greek music.

What has been the most challenging?
To gradually assimilate and get used to the Greek way of life once again.

When you come back to Melbourne, what is the first thing you do?
First thing I do is call friends, meet up if possible, then head off to the South Melbourne Market for a chicken roll and some dim sims from the kinezo, [it’s the] best place in town for such delicacies!

What should people expect from your coming shows?
We aim to perform a selection of songs from our recent recordings and especially out latest album, which will be released exclusively in Australia. It’s a collection of rebetika and Greek folk songs called ‘When The Band Plays’. I would urge friends old and new to come along and listen to rebetika and Greek folk songs not widely known, [we play] some little gems, which I know the audience will appreciate.

What has been your greatest aspiration as a musician?
My biggest aspiration is to be able to play music, to keep learning and to be in good health to do so. Nothing comes close to the exhilaration of performing music with others; to sense that unity in spirit and soul; it doesn’t happen too often but when it does, it is special!

What has been your biggest regret?
That Hector is not with us. I miss the banter and camaraderie, the bonding. I miss him.

How would you describe the rebetiko scene today?
The rebetiko scene in Greece is still alive and well despite the economic crisis of the last nine years or so. People, of course, have cut back on their spending and one of the first things they cut back on is entertainment, however, there is still a following for rebetika no matter what the financial situation. People still feel the need to express themselves through music, whether it’s by playing music or participating as an audience. Having said that, there are no significant differences between the rebetika played in Greece and Melbourne. Music is music, wherever it’s played.

What makes rebetika relevant in today’s context?
Rebetika is a form of Greek popular music and as such it represents the people with all their accompanying traits. It talks of love, despair, hope, anguish, and all human sentiments, even unemployment and social justice. It has always been relevant and always will be, as long as people interact and share common experiences.

What does rebetiko mean to you?
Rebetika and Greek folk music is a passion for me. It’s love, simple as that.