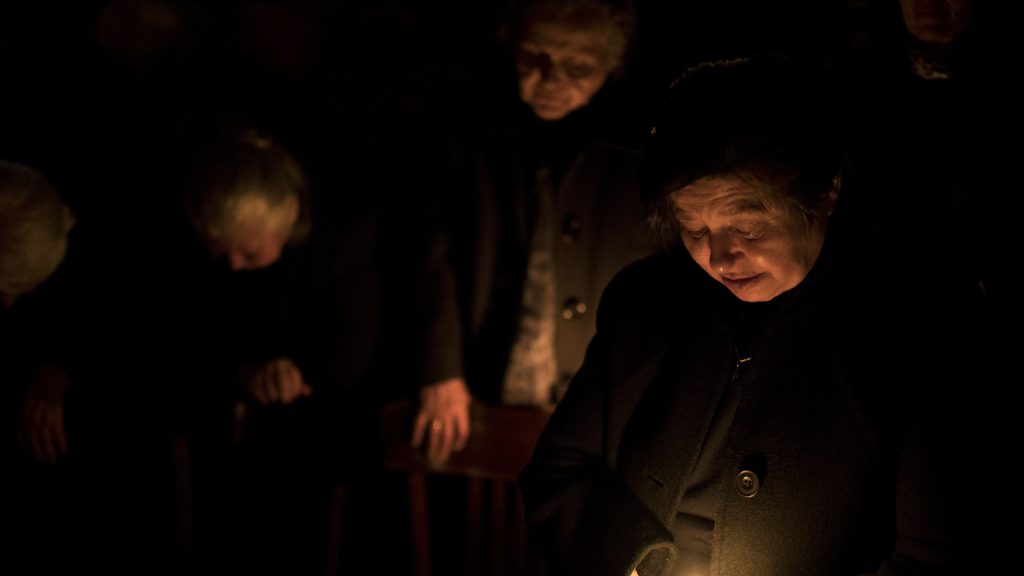 Every year on Holy Saturday, our doorbell rings. Standing outside our door, our Italian neighbour awaits, brandishing a panettone. “Buona Festa,” she smiles as she hands it over. That smile gradually merges into a grimace, when I reciprocate by handing over a tsoureki of our own construction. Such unrefined items rank rather low in the Magna Graecian pecking order of comestible appreciation.

By now, said neighbour would be justified in her reticence, for this year’s tsourekia are, by all reckoning, the worst to have emerged from the Kalimniou kitchens and this would probably explain her forced smiles and quick shuttling back into the safety of her own property as soon as she sets eyes on me, ever since. The fault, in my opinion, lies solely with Easter itself.

On that Great and Holy Thursday, after weeks of fasting, the sight of eggs and milk rendered me weak at the knees. It was all that I could do to cast a pontificating and supervisory eye upon the tsoureki production, without dipping my snout into the trough, as my wife kneaded the dough. She did so methodically, rhythmically, ignoring the clouds of flour in which she was covered, transforming her into a type of human λουκούμι. Back and forth went her hands upon the dough, back and forth, until I could bear it no more.

“You are supposed to knead the dough, not stroke it gently,” I commented. Coming up behind her, I plunged my hands on top of hers, into the dough. “Like this,” I said, and slowly began to pummel the dough. Back and forth went my hands, back and forth, until she could bear it no more.

“It needs more mastiha,” she said breathlessly, pushing my hands away. “Crush some.”

Quickly, I poured the mastiha granules into the mortar and taking hold of the pestle, I began to pound them inexorably. Back and forth went my pestle, grinding the mastiha into oblivion. Having pulverised the entire contents, my head swmming, I poured them into the dough. Some hours later, the most bitter tsoureki ever made emerged from the oven, overwhelmingly tainted by the mastiha of my own deviant anticipations.

Some 20 minutes after our Italian neighbour departed bearing the tainted tsoureki, the doorbell rang again. This time it was a Greek Australian friend, proffering what looked suspiciously like a panettone. Now in my mind, Greek Australians who gift each other panettoni instead of tsourekia for Easter are the abomination of desolation as spoken of by Daniel the Prophet. This pernicious custom is aided and abetted by the Greek grocers of East Keilor, for, as one of them told me when I accused him of destroying all that is sacred and righteous about our Easter traditions, panettoni retail for thrice the price. One cannot argue against the free market with margins of this magnitude.

A half an hour later, the doorbell rang again, this time to herald the arrival of an effusive exponent of internet-inspired, born-again Hellenism. Not only was the donor inordinately enthused to be providing a home-made tsoureki that was gluten-free, she also gushed excitedly that she could not wait to see who in our family would ‘win the coin’. “What coin?” I asked. “The coin that I put in for good luck,” was the response. This is because apparently in New Age Hellenism (it is a Greek Australian Vasiloxristopita thing), New Year is celebrated in April and Easter not at all, among those who define themselves as ‘Culturally Orthodox’. This is also a ‘thing’.

Owing to an inspiration best attributed to an inordinate amount of angst caused by the proliferation of tsourekia in our household, I managed to crack my long-departed grandmother’s secret koulouri recipe. Upon crowing triumphantly about my achievements to a friend, said friend was singularly unimpressed, commented drily that making one’s own koulouria is so last season, and the Greek Australian tradition is to ‘regift’. According to the rules of the game, if your koumbara’s, friend’s, or cousin’s koulouria are excremental, in that they look, feel and taste like an ossified dog turd, then playing “Regift the Koulouri” is mandatory. Accordingly, one takes the said excremental koulouria and gifts them to another Greek family to whom one is linked by a bond of υποχρέωση. You score one point if you are able to pass this off successfully. Two points are gained if you can identify koulouria given to you by others as a regift and you proceed to regift these as well. Ten points if you regift your mother-in-law’s koulouria and these are regifted down the circle of relatives until she ends up with them. Twenty points if your mother-in-law realises what you have done. Thirty points if you are what is termed an ‘Afstraleza nyfi’ in game terminology and have only made koulouria (which you criminally call Easter cookies) in order to placate the fury of your mother-in-law of taking her precious son away from her. Lose thirty points if you are an ‘Afstraleza nyfi’ and you think that by making koulouria you will obtain your mother-in-law’s acceptance. Gain 40 points if you are an ‘Afstraleza nyfi’ and you find your koulouria in your mother-in-law’s rubbish bin (she wouldn’t be caught dead regifting them). Lose 20 points if you seriously believe your aunts, mother, and inlaws don’t hold a grudge if you didn’t make koulouria. Gain 50 points if you froze last year’s gifted koulouria and are gifting them this year. Apparently, the game is won when you say “Stuff this” and get your mum to make your koulouria for you. House-proud Greek Australians who pride themselves on their koulouri-making prowess are disqualified from entry, as are Greek Australians who attribute their koulouri recipes to George Calombaris. Of course the flaw in the game is not having a critical mass of one’s own koulouria to effect the first exchange, but my friend was so wrapt in her exposition of the rules that I didn’t have the heart to tell her. Instead, in honour of her ingenuity, I regifted her koulouria to someone that I love, on my way to the Epitaphios service.

Evidently, in modern Greek Australia, it is de rigueur for some parents to become abusive when it is suggested to them by older parishioners that the ornately decorated candle with the Easter bunny/butterfly/AFL team logo they purchased for their children from one of the various Greek cake shops that purvey articles of this sort, is inappropriate for the Good Friday Epitaphios, for the reason that this service is one of mourning and thus, their candle is out of context and better suited to the Resurrection service. Quoth one mother, on the steps of our church: “How dare you judge me. It is a scam on the part of the church to sell more candles.” I observed her in silence, for my four-year-old did not want to bring a candle to the service at all. Instead, as she informed me, she wanted to bring her collection of marbles, with which to stone the evil men “που σκοτώσαν το Χριστούλη.” I made a mental note to have a father-daughter chat to her about fundamentalism in a few months’ time.

Her proclivities towards violent revenge notwithstanding, said daughter was extremely well behaved on Holy Saturday, despite being untimely woken from her sleep in order to take communion. The line outside our church was long but orderly, and we had plenty of time to absorb the comments of the eager communicants:

“Yia yia (emphasis on first syllable), why are we drinking this wine anyway?”

Googly-eyed woman observing a scruffy unshaven fellow wearing tracksuit pants walking down the street: “Obviously he’s not Orthodox”. Ten seconds later, scruffy man joined the line, proceeded to roll his own, and generously offer rollies to those behind him.

“Seriously, why can’t they have disposable spoons? Are they that stingy?”

In our corner of Greek Australia, it becomes Easter at exactly the stroke of midnight, regardless of whether the priest has completed the service and chanted the Resurrection hymn. This year, the priest proclaimed the Resurrection five minutes past twelve, which meant that a large number of the faithful had already kissed each other, smashed eggs (I was informed by a particularly militant vegan family that smashed avocados are a more ecologically viable alternative to this barbarous custom) and wished each other the uniquely Australian version of the traditional Orthodox Easter greeting:

When I finally arrived at my parent’s house for the Easter feast, my mother looked me up and down and asked incredulously: “Didn’t you bring any koulouria?”

In my haste, I had not realised that I had forgotten to regift and thus had depleted my own store of edible koulouria. “Here,” I smiled, providing my maternal progenitor an offering from my notorious mastiha-laden batch. “I’ve brought you a tsoureki instead.”