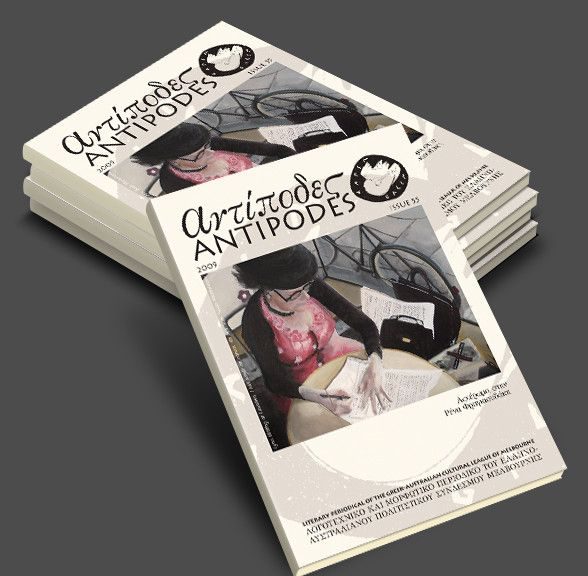 The Greek Australian Cultural League (GACL) is calling for submissions for the 63rd issue of the literary periodical Antipodes, which will be launched in October.

The anticipated issue will pay special tribute to the University of Sydney’s Professor Vrasidas Karalis and will also commemorate the late writer Nikos Kazantzakis 60 years after his death.

The periodical will be made up of works submitted by members including everything from poetry and short stories, to studies, essays, book reviews, and other literary works in both Greek and English.

For submissions to be accepted for publication, the work must be original and not have been published or promoted in other publications.

Meanwhile this Sunday 4 June, the GACL, together with Melbourne’s Greek Centre of Contemporary Culture, hosts the launch of The Embroiderer by Kathryn Gauci, led by writer Dean Kalimniou.

Submissions for ‘Antipodes’ should be limited as follows: poems 100 verses (lines), short stories and essays 2000 words, studies 2000 words, reviews 1000 words. Submissions must be made electronically in Word format by 23 June to gacl.editor@gmail.com