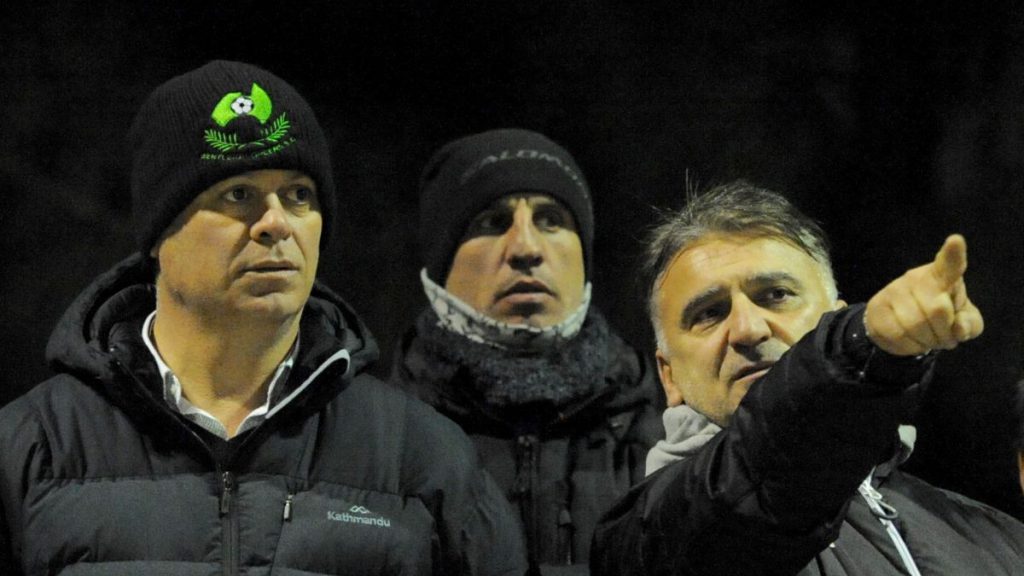 When Bentleigh Greens defeated South Melbourne in the semifinal of the Dockerty Cup 10 days ago, among the interested spectators gathered at Jack Edwards that evening were Heidelberg United coach George Katsakis and suspended Greens coach John Anastasiadis, standing side by side.

This coming Wednesday the two coaches will meet again but this time as opposing coaches. And while that’s nothing new for two of the NPL’s most experienced coaches, it will be the first time they meet to contest a major final with a trophy at stake.

For Heidelberg it will the chance to win silverware for the first time in the NPL era and the chance to make further history for a club which remarkably has never before won the Dockerty Cup final. The previous appearance by the club in the Dockerty Cup final was nearly a quarter of a century ago in 1993. One imagines that Katsakis, the longest serving coach of the Bergers, would dearly love to follow in the footsteps of his opposite number Anastasiadis, who landed the Dockerty Cup trophy with the Greens last year for the first time in that club’s history.

The Greens on the other hand will be aiming for the rare achievement of back to back Dockerty Cup wins.

Both teams are in the top three on the NPL ladder and are still in the running for all major trophies on offer this season. Both have league matches against teams fighting against relegation in the weekend preceding Wednesday night’s Cup final. What shape they emerge in from those clashes could be a factor in the final. Both teams have had to contend with injuries over the last few weeks.

The Greens have dropped points in their last three league matches, surprising everyone by following their excellent 2-0 win over South Melbourne in the cup, with a 2-2 draw away to bottom of the table St Albans. Admittedly the condition of the pitch neutralised the Greens’ potent passing game. But coach Anastasiadis will be looking for greater intensity against the Bergers.

If the previous meeting between the two teams is anything to go by, Heidelberg fans can go to the Cup final reasonably confident of success following the Bergers’ 3-0 league win over Bentleigh at Olympic Village two months ago. The Bergers seem to have recovered from a recent mini slump with two good wins over Hume in the Cup semi, and last week in the league against Green Gully. The performances coincided with the return from injury of experienced centre half Steven Pace and the introduction of the impressive forward Michael Trigger coming in for an injured Sean Ellis. Trigger has been a lively addition scoring and creating goals for the Bergers.