Reflections on presence: A re-creation in movement

Dean Kalimniou on Vrasidas Karalis’ Reflections on Presence, a philosophical notebook exploring the complexities and concerns of contemporary conscience 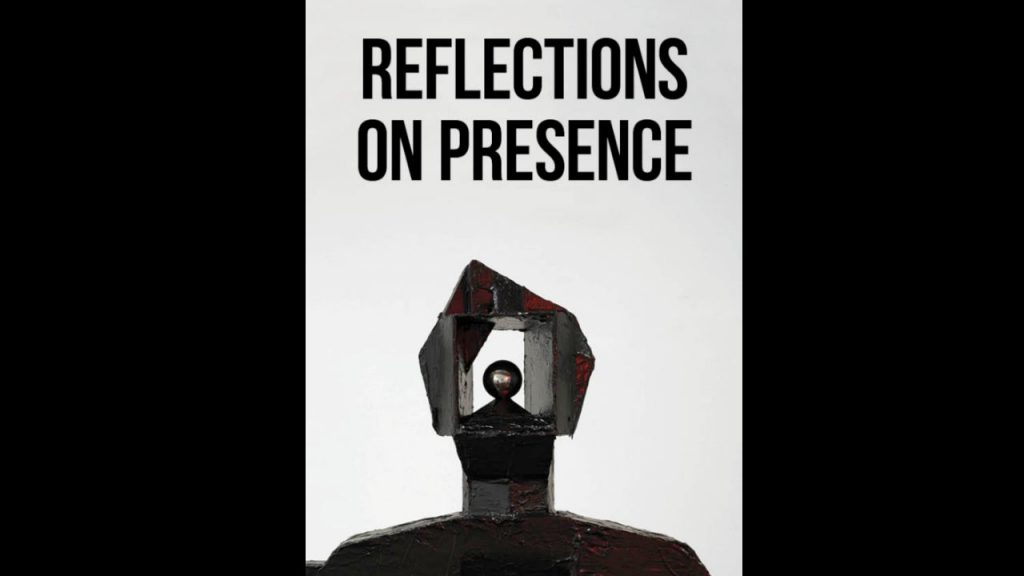 Although Antonio Vivaldi’s “Le quattro stagioni” is supposed to be a collection of concerti, each of which gives a musical expression to a season of the year, what it is in fact, is a thinly disguised love tone-poem, intricately fashioned in order to confound and to seduce. In his instructions to his Autumnal Allegro, Vivaldi writes: “The hunters emerge at the new dawn,/ And with horns and dogs and guns depart upon their hunting/ The beast flees and they follow its trail;/ Terrified and tired of the great noise/ Of guns and dogs, the beast, wounded, threatens/ Languidly to flee, but harried, dies.”

In antiquity, both Hesiod and Ovid offered accounts of the successive ages of humanity, progress from an original, by-gone age in which humans enjoyed a nearly divine existence to the current age of the writers, one in which humans are much fallen from what they were, beset by innumerable pains and evils. In these accounts this degradation of the human condition over time is indicated symbolically with metals of successively decreasing value, ranging from Gold to Iron.

In “Reflections on Presence,” Vrasidas Karalis appears to reverse this progression. His Ages of Man are Creator God-like in Scale, in that they are measured by means of tightly constructed aphorisms that explore the conundrums of contemporary existence, in days, starting from Day One: “Clearing the Way,” a process that recalls the aerial toll houses of Orthodox tradition and the Ladder of Divine Ascent of Saint John Climacus. Like Hesiod, Karalis’ progression is five-staged, commencing with a Gnostic or Tolkien-esque aural cosmogony of creative dissonance that exemplifies contemporary disillusion: In difference, there is beginning. When tunes collide, we happen. In the beginning there as dissonance.”

The studied progression of aphorisms recall Marcus Aurelius: “You have the power to strip away many superfluous troubles located wholly in your judgment, and to possess a large room for yourself embracing in thought the whole cosmos, to consider everlasting time, to think of the rapid change in the parts of each thing, of how short it is from birth until dissolution, and how the void before birth and that after dissolution are equally infinite”. As with Aurelius, who advocates finding one’s place in the universe, seeing that everything came from nature, and so everything shall return to it in due time, Karalis’ spiritual exercises, also gradually investigate the interconnected nature of reality and imagination, and the affirmation of the individual presence and the ethics born out of such presence.

Unlike Aurelius though, there is an internal logic to Karalis’ idiosyncratic, jewel-like aphorisms which binds together even the most contradictory and inconsistent of these to the narrative, (take for example the inverted Ouroboric: “The snake that gave birth to history is our ideal self. Absolute outwradness – energetic ideas that evolve, devolve, re-evolve. Relentless outwardness”) rendering them quietly moving and in no way, evidencing a “tired age” where “even real goods lose their savour,” as Bertrand Russel would have it. Instead, overcoming Hegel’s critique in his ‘Phenomenology of Spirit’ of the preoccupation with the inner self as a severing, fatalistic barrier to consciousness, Vrasidas’ Aurelianisms, commencing with the winter of nihilism, moving on to the summer of surrender and then to an autumn of creative imitations, culminate in a vision of existential transparency that links poetry, philosophy and religion through the impure materiality of the everyday being, in a chthonic subversion of Pauline teleology, thus pointing to the reader who is to traverse his Ages of Man, via the “Reflections” to answer the question posed in the Epistle to the Philippians: “Who shall fashion anew the body of our humiliation, that it may be conformed to the body of his glory,” and postulating a novel refashioning of the resurrected body-spirit, wherein: “Truth was, knowledge was, faith was, love was – now only presence is.”

We arrive at the enlightened point of Presence, via Lao Tzu-like aphorisms that are simply expressed and thus have great emotive power. They can be read solemnly, passed through a sieve and caught through the other side, weighed and evaluated. They inculcate in us a feeling of trust, a confidence that we have here the final, absolute truth. When Karalis tells us not to question, we suspend our inclination to do so: “Search for answers: don’t be seduced by questions,” he tells us. “”Faith that excludes is faithlessness./ The faithful must justify the faithless./ Faith acts against being./ If you distrust the faithless, you deny the mystery./ I am the presence, the bridge-make over worlds.” Apparently, he is the Way.

Yet arriving, via our “centripetal sun above epochs of semantic famine” to Presence in five days, does not appear to be an end in and of itself, and it is in the reduction of the material world and readers to their constituent parts in the crucible (“Let all compounds be dissolved!) of the Five Days, that Karalis’ new man can be distinguished from the elemental heroes created by Kazantzakis. For in gaining the necessary understanding of the material world through the noetic exercises, that will enable us to transcend it and inhabit it anew, Karalis, an ambivalent demiurge, firstly appears to raise our creative and reproductive hopes while dexterously promising nothing but the promise of promise itself: “Plunder all lush lands because fertility never ends; seize all exits because borders cannot be controlled. As all paths are lost, fresh promises can be given,” only to reveal at the very end that by its very nature, the process of creation and re-creation, the process of existence and the being of Presence itself is flawed and subject to decline: “Succumb, submit, capitulate – but think rebelliously, think erroneously and fail again, go astray, and fall, fall, fall.”

Here, the author communes with Vivaldi, whose progression is from Spring to Winter, and in whose final movement, a similar fall is prefigured, one that is portrayed as much inevitable as it is anodyne: “Then turn abruptly, slip, crash on the ground and,/ rising, hasten on across the ice lest it cracks up./We feel the chill north winds course through the home/despite the locked and bolted doors…/ this is winter, which nonetheless/ brings its own delights.”
We do not know whether there is any moksha to be gained from Karalis’ samsara, or whether there is anything to be gained from the awareness of the articulation of Presence within it, save as to postulate as Byron did in Don Juan, that, “Not even a sprightly blunder’s spark can blaze / From that Ixion grindstone’s ceaseless toil, / That turns and turns to give the world a notion / Of endless torments and perpetual motion.” Viewed from that perspective, the “Reflections” are as consolatory but also as unable as the rest of the corpus of the religions, philosophies and ideologies that Karalis’ refers to and seemingly vanquishes throughout his ‘Seasons,’ to provide us with an aiteology that would contextualize our Presence within it. He does however hint at this, at the end of his final season, in the tradition of Aramaic literature, whereby the central messages are embedded within the text and not to be found at their end. Whereas Lao Tzu states: “When I let go of who I am, I become what I might be,” the author points to an immutable Presence throughout his world of transformation: “Through the thorns, and the thistles of presence I am where I am.”

In Reflections on Presence, therefore, we are neither Ixion, nor its wheel, and moksha is rendered redundant. We, if we are to become the author, are its axis, the fundamental point of Presence from which to view the entire cosmos. It is only once we arrive at this point that it is safe to say: “Commit a crime as long as you know why.” This then, marks the apogee of our aphoristic being.