On the initiative of the president of the federation, Peter Papoulidis, the Federation of Pontian Associations of Australia has become a sponsor of the 13th Conference of the International Association of Genocide Scholars, which will take place at the University of Queensland tomorrow Sunday 9 until Thursday 13 July.

Centred on the theme ‘Justice and the Prevention of Genocide’, the five-day gathering will include 146 papers, along with the screening of 11 films and the presentation of six artistic exhibitions by scholars from 25 countries.

According to the official statement on the conference’s website: “The Federation of Pontian Associations of Australia is the peak body of Australian Hellenes whose ancestors hail from the Pontos (Black Sea coast) region of Anatolia. With branches in Sydney, Wollongong, Melbourne, Canberra, Adelaide and Perth, federation activities on cultural activism and political recognition of the genocide of their ancestors.”

“It is a historic initiative of our federation,” stated Mr Papoulidis, “an initiative with which we take the issue of the genocide of the Hellenes beyond the boundaries of our community.”

Maria Anthony, president of the Pontoxeniteas Brotherhood in Sydney added that “the world is evolving; the global village is a reality. It is not enough to hold certain events in our clubhouses for the Commemoration Day [19 May] and then say ‘OK, we have done our part’.”

As Nick Chrissostomidi, the president of the Pontian Brotherhood of Wollongong Diogenis and secretary of the Federation noted “The obligation towards our ill-fated ancestors is ongoing – the effort needs to be continuous, as much for the education of the scholars and politicians, as for the awakening of the following generations of Hellenes in the diaspora.” 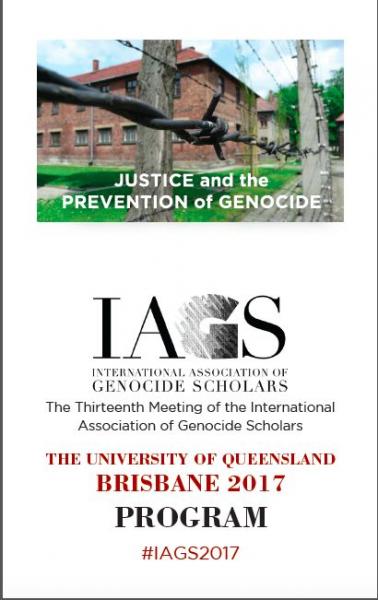