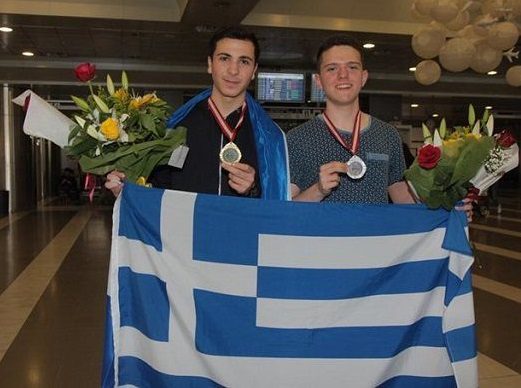 Living up to Greece’s long tradition of high performances at the International Mathematical Olympiad, a student from Thessaloniki won one of the gold medals at this year’s event, held in Brazil.

Georgiadis, who attends the Mandoulides Thessaloniki School, had been preparing for the competition for years. He managed to solve four of the competition’s six themes which include algebra, combinatorics, geometry and number theory gathering a score of 28 points.

“I had an interest in mathematics from an early age, but I turned to competition two years ago,” he said explaining that it was his second time participating in the Mathematical Olympiad.

“I prepared at school, but mainly at home where I studied the mathematical problems and solutions of previous competitions,” he added.

When asked if he will aim for a career in mathematics he replied that his goal is to study at the Department of Electrical Engineering of the Aristotle University of Thessaloniki.