Nothing good is going to come out of the postal plebiscite on marriage equality. In fact we should brace for polarisation, division, and toxic rhetoric 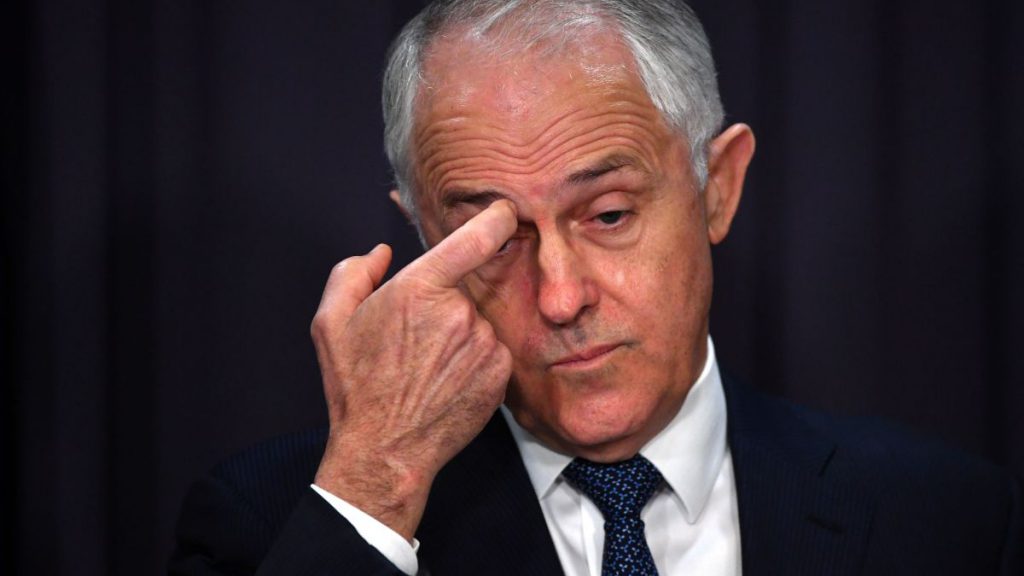 What kind of perverted political mind would rather transform an easily solvable issue to a major issue of political debate, polarising people and spending millions of taxpayers’ money in order to do so? The answer, unfortunately is ‘the Prime Minister of Australia’. In a monumental display of political diffidence – if not outright cowardice – Malcolm Turnbull decided to outsource decision-making from parliament to the citizens, asking them to decide, by a non-binding postal vote, no less, on whether the parliament should change the legal definition of a couple in the Marriage Act 1961, so that it would not exclude same-sex couples. This is a completely redundant, time-consuming, expensive process, which will be filed under an ‘unforeseen item of expenditure’ by the government – an item costing $122 million to taxpayers, whose interests the government supposedly cares for.

What’s more, the PM himself, who had been a vocal advocate on same-sex couples’ right to marriage is now saying that while he’d be urging a yes vote, he has lots of other things to do and wouldn’t be giving too much time to this issue. This is a first – nowhere in the world is there another case of a prime minister urging people to vote on a plebiscite being reluctant to campaign for it and opting to wash his hands of it.

Which leaves ample space for others to campaign on his behalf – most notably the conservative, right-wing Coalition MPs, who hold his government hostage, led by his ousted predecessor, Tony Abbott, who went on to say: “If you don’t like same-sex marriage, vote no; if you’re worried about religious freedom and freedom of speech, vote no; and if you don’t like political correctness, vote no because voting no will help to stop political correctness in its tracks.”

Of course, the issue has nothing to do with political correctness, nor with religion, or morality, or whatever excuse may be presented by those opposed to the idea of same-sex couples being granted a basic civil liberty. Because this is all about a large part of the population being deprived of a human right. And it happened in 2004, when the Howard government managed to pass an amendment to the 1961 Act, legally defining marriage as ‘the union of a man and a woman to the exclusion of all others, voluntarily entered into for life’ (something that was made possible by a free parliamentary vote, by the way, without citizens being asked to offer their opinion on the matter). Prior to this, no specific definition of a couple was ordered. By changing the law, the Howard government not only turned a matter of civil liberty to a morality issue, but more importantly, divided automatically and effectively Australians into class A and class B citizens.

This is a division that will be made more prominent in the weeks to come, if only because the process of a plebiscite is by itself polarising and divisive, reducing complex issues into simplified ‘yes’ and ‘no’ questions. Plebiscites – even postal ones – allow for polarisation, which in its turn allows for an extreme rhetoric which is bound to dominate public discourse by 12 September, when voters start receiving their ballots in the mail, escalating until 7 November, when the postal vote will end (the outcome is expected on 15 November).

The fact that this plebiscite will be run by the Australian Bureau of Statistics (ABS) and not by the Australian Electorate Commission (something which allows for the government to request extra funding for the postal vote without trying to pass legislation through a hostile senate) is another factor of concern. Not only because the ABS is still stigmatised by the monumental incompetence displayed during the 2016 census, but because this will mean that the legal safeguards of the Commonwealth Electoral Act 1918 would not apply in this scenario. In other words, nothing can protect LGBTI people who fear they will be the victim of a vicious two-month hate campaign.

Tony Abbott declaring a war on political correctness is an indicator of the climate we should expect. Nothing good is going to come out of this debate: no-one is going to get any wiser out of all these toxic attacks on people, of dividing people into ‘conservatives’ and ‘progressives’, ‘moral’ and ‘immoral’, ‘normal’ and ‘abnormal’, and all this nonsense. This is not a debate on homosexuality, nor on family values (which are surely not under threat by people starting families). It is a simple matter of whether all citizens are equal under law, if they have the same rights or not. Whoever denies these rights to others, hoping that whatever bothers them willl cease to exist, are just turning a blind eye to reality. (And in reality, same-sex couples nowadays are already recognised by law as de facto couples, with superannuation rights and the option to adopt children, i.e. raising families, in every state and territory of Australia, except NT).

So, if a terrified homophobic conservative voter is now granted the power to turn same-sex couples into class B citizens, why stop there? What would prevent them from doing the same with any other group of people they deem as a threat? Anyone who came to Australia before the 1970s, before multiculturalism came into effect, knows very well what it’s like to be a second class citizen. They shouldn’t wish for their fellow citizens to have this experience. And they should not hold the power over the fate of their fellow citizens.