Perry Moustakas: from big time to small time and back again 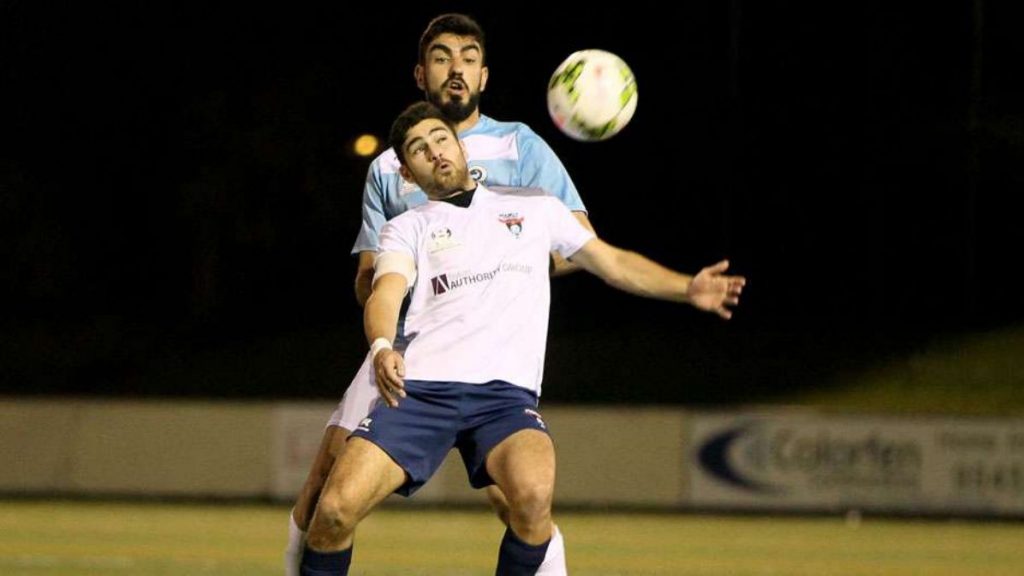 During his 11-season career in Cyprus, Moustakas had a glittering playing career. He won a Cypriot First Division title, lifted two domestic Cups, played in the Champions League with Limassol and spent some time with Cyprus’ youth and senior national teams.

Now aged 34 and in the twilight of his career he gave his underdog team – Bankstown Berries – their second famous FFA Cup victory in a row and put his name in the national spotlight.

In the previous round of the FFA Cup, the Berries upset former NSL powerhouse Sydney Olympic and in the Round of 32 their giant killing feats continued when they beat the South Australian Metro Stars 2-1.

Looking ahead to the Round of 16 draw, Moustakas is hopeful that the Berries can produce more FFA Cup magic.

“We are the lowest ranked team in the competition but this is what Cups are all about – the underdogs seem to always find that strength,” he says.

When the NSL came to an end in 2004, Moustakas found himself with no top-flight competition in Australia. His career was at a crossroads so he decided to pack his bags and try his luck in the land of his heritage.

“My parents are both from Cyprus,” he says.

“My dad is from Limassol and my mum is from Paphos. My dad came over in the 1960s and my mum in the 1980s. I was born here and lived most of my life here.
“I was lucky enough to spend 11 fantastic years in Cyprus playing in the First Division and I’m pretty happy with that. When I moved over, I went and trialled for a few clubs and there was a little interest. Then out of nowhere my phone rang and it was the boss of Limassol, which is one of the biggest clubs in Cyprus. He told me to come down for a trial. I went down for a day and the day after I signed a contract and the day after that I was in Germany for pre-season. So it all happened pretty quickly.”

Moustakas spent most of the 2004/2005 campaign doing his military service, so he didn’t feature in many games but the following year was a breakthrough.

“I was lucky enough to win the league that season and we were the only team in Europe who were undefeated – which was pretty surreal,” he says.

“It felt a little bit numb. We had a very long season. Even though we were undefeated we still had to win the last game of the season to be league champions. We were losing that game 1-0 but we came back and we won 3-1. The game finished and the fans invaded the field. At the time it was more of a relief than anything. But looking back on it now, it was pure joy and I was very happy to be part of it.”

In recent times Aussies such as James Demetriou and Jacob Eliopoulos have had short playing stints in Cyprus, while this season Socceroo Tommy Oar signed for Champions APOEL.

Moustakas revealed that in his second season with Limassol he crossed paths with one of Australia’s greatest ever players.

“My first ever professional goal was against APOEL and it was off a corner that Paul Okon was marking me on,” he says.

“Just before the corner I said to him, ‘Paul, I’m Australian as well and it is an absolute honour to be playing here with you’ and then I scored. It was an awesome feeling but Paul Okon wasn’t there for long in Cyprus. When I spoke to [his fellow players it was obvious] he absolutely left a mark there with his professionalism. I wished he’d been there longer so that I could’ve seen a bit more of him.”

Moustakas’ displays soon caught the attention of the Cypriot national team selectors and he says being selected to be part of both the youth and senior teams was a great honour.

“I was only 20 years old when I went over and I played for the Cyprus U21 national team,” he says.

“To make the U21 squad in such a short amount of time was a great feeling. I got to play friendly games against Ireland and France and there were some big names there. It’s something that I will never forget.
“More so with the senior national team because I also got called up a couple of times and I was involved in some unofficial games and that was definitely a great feeling. There is nothing better than putting on the national jersey. I was really proud.”

After winning the league with Limassol, Moustakas played with Europe’s elite, and despite the experience being short-lived it was another huge experience.

“The next year we played in the Champions League qualifying rounds but we didn’t do well,” reveals the 34-year-old.

“We lost to Cork City from Ireland. They had already played 12 games that season and we had only played three friendly games. We competed with them for most of the game but in those last 20 minutes they were just too strong and too fit for us. We lost both games in the last 20 minutes. But it doesn’t matter, because I still got the opportunity and I am grateful for it.”

Moustakas spent five seasons with Limassol and then spent the next six years playing for various other Cypriot first division teams and after 11 seasons headed back home. However, the choice to return was not of his own making.

“The financial crisis over there made it difficult to continue,” he says.

“I left when I was club captain of Nea Salamina and I had just made it back into Cyprus’ national team. I went from being paid to being a couple of months behind and sometimes up to six months behind in payments. So, it became very difficult to survive. Unfortunately, we had to make a decision. I had a young family so it was hard to walk away from that.”

After returning to Australia, Moustakas planted the seeds of his coaching career and at the invitation of the Cypriot Federation completed his UEFA B licence and is in the process of finishing his A licence. But for the moment his focus is on the mouth-watering prospect of playing an A-League team in the FFA Cup Round of 16.

“I definitely want to be a coach,” says Moustakas.

“I want to be in a professional environment again as a coach or an assistant but my only interest now is Bankstown Berries.
“Every player wants to test themselves against an elite player. On a personal note, I have played all my football abroad, and I would love to play against an A-League team – just so I can mix it with them just once. That would be great because I’ve never had that opportunity in Australia.”