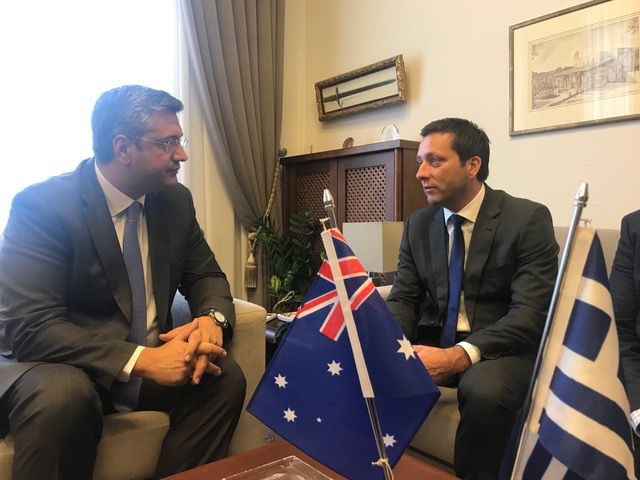 The proposed $1.7 million investment would increase access to export markets and facilitate Victorian investment and by building relationships into the region.

“The establishment of such an office in Thessaloniki will provide a huge boost to Victoria’s access to European export markets, facilitating tighter business relationships between Victoria, the Balkans and Turkey,” Mr Guy said.

“It will also attract potential investment to Victoria, which will grow the economy.”

The establishment of a Victorian government business office would recognise the contributions of the Hellenic Australian community to Victoria, providing a strong foundation for professional and business relationships to form and flourish.

The goal would be for these international links to promote the state as a desirable destination to live, study, do business and visit, allowing all Victorians to benefit from the social, economic and business opportunities created by prominent diaspora communities.

“The Greeks of Victoria have made an enormous contribution to our culture. The establishment of this office [would] recognise this and will further encourage this contribution,” the Leader of the Opposition said.

“I recently visited Thessaloniki and was enormously impressed with the progress of the city, in particular the stunning new waterfront development, which I have pledged to emulate in Geelong.

“Thessaloniki is an amazing city and I believe we should do more to strengthen the sister city relationship between Thessaloniki and Melbourne,” he added.

Equally important is the need to have strategic business offices close to businesses in other parts of the world, providing the opportunity for direct dialogue between overseas business and the Victorian government.

Mr Guy’s plan has been embraced by Paul Mavroudis OAM, president of the Thessaloniki Association of Melbourne and Victoria ‘The White Tower’ who agreed that the establishment of this office would help to bring Victorian and Greek businesses together, strengthening the relationship between the sister cities.

“The Thessaloniki-based business groups I have spoken with are very excited at the prospect of developing closer ties with Victoria, as is the local government,” Mr Mavroudis enthused.

“This announcement is recognition of the great contribution that Greeks have made to Victoria over the generations.”

Chair of the Hellenic Australian Chamber of Commerce and Industry, Georgina Poulos is also supportive of this initiative which as she stated, “will foster and promote bilateral trade and investment between Australia and Greece”.