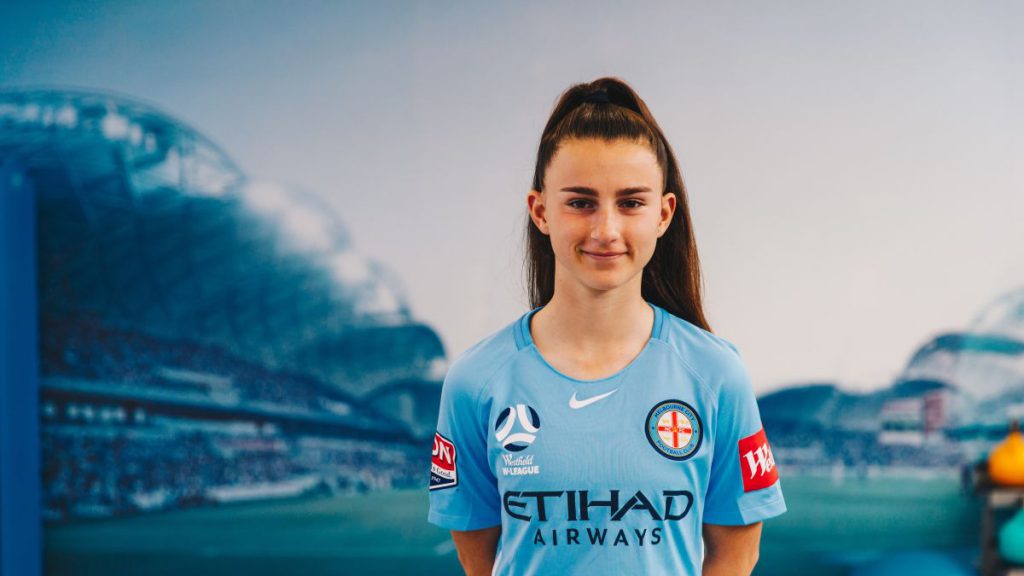 It’s not every day that the senior coach of the best W-League team in the land comes to your house and offers you a professional contract and the chance to be part of a team surrounded by some of the best players in the land.

Sakalis is the youngest of three new signings (alongside Rhali Dobson and Hayley Richmond) announced by Melbourne City as they prepare for another defence of their W-League title and their third championship in a row.

Sakalis is fresh from an intense six-week spell with the Junior Matildas preparing for, and playing in, an Asian Cup championship qualifying tournament in Thailand, against powerhouses like Japan and North Korea. She is now in pre-season training five days a week with Melbourne City as they prepare for their W-League season opener away to Perth Glory in a month’s time.

Speaking to Neos Kosmos, the skillful midfielder said, “It’s just amazing training with them – surrounded by internationals and senior Matildas players. That’s all I need at 15, to learn and develop as a player. And also ‘PK’ – Patrick Kisnorbo – our coach, with his experience. He’s an amazing coach and I’m really looking forward to learning from him as well.”

Sakalis is familiar with the set-up and training at Melbourne City having been a ‘train-on’ at the club for the last two seasons. Becoming a professional player means greater demands on her time and her performance, and balancing that with an increasing school workload.

“As a train-on, [training] was a bit more flexible. You could drop a few sessions. But being contracted, you’re full-time. You have to train at every single training session with the team. You have to perform at each training because you’re up for selection on game day. That’s what I’ll be striving for: training my best and hopefully get a bit of game time. Obviously it’s going to be hard with all the amazing players I’m surrounded by,” she explains.

And speaking of amazing players at the club, Sofia is now a clubmate of Socceroos legend Tim Cahill with whom she has a prior association as a junior when she was selected to be a part of the Foxtel Tim Cahill Academy team.

She had the opportunity to catchup with him at the club’s recent annual Family Day. Sakalis said, “Yeah, I caught up with him on Monday. We had a bit of a chat and played a bit of FIFA (on Playstation). It was good to catch up with him and see what he’s been up to as well. He’s supported me all the way since the academy. He’s very supportive. He’s posted on his social media. He’ll be around a lot to guide me and be a mentor for me.”

No doubt it’s an exciting time to be involved in the women’s game with the Matildas enjoying unprecedented success on the field and unprecedented levels of support, the increased media coverage of the women’s game (W-League matches will be screened weekly on Fox Sports) and the recent increase in payment for women footballers.

Joining Melbourne City is a dream come true for the talented Sakalis, and a rare achievement for such a young footballer, who is in Year nine at school.
Speaking on the club website about two of his new signings including Sofia, Melbourne City Women’s team coach Patrick Kisnorbo enthused, “Hayley and Sofia are both exciting prospects who have international experience within the Young Matildas and Junior Matildas set-up. We pride ourselves on producing young female talent and both players fit the profile of the type of player we want to develop at City.”