A jazz vocalist improvising her way back to her Greek roots

One of the most acclaimed singers within Melbourne’s thriving jazz scene, Georgie Darvidis is set to embark on her first foray into the Greek songbook 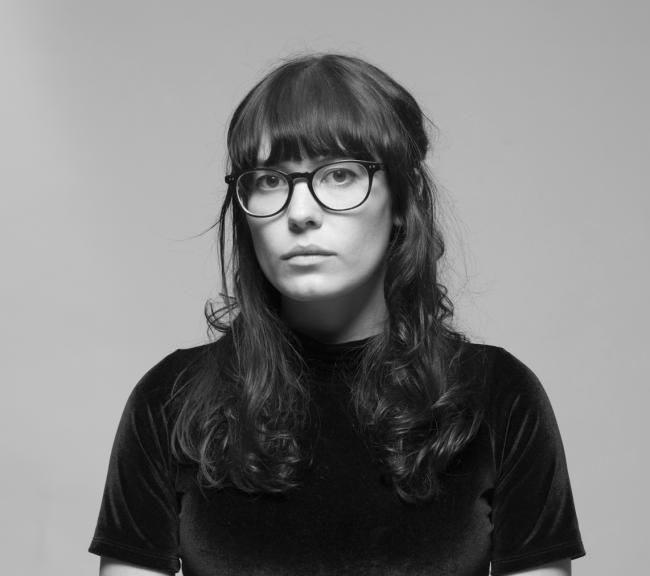 Georgie Darvidis has been very busy these past few days. Last week alone, she took part in two different – yet equally demanding – Melbourne Festival shows, ‘No New Noise’, featuring new works from three highly creative composers, Alistair McLean, Reuben Lewis and Joe O’Connor, presented by the Australian Creative Music Ensemble; and ‘Diomira’, Peter Knight’s highly ambitious musical project,  inspired by one of the seminal works of Italian literature of the 20th century, Italo Calvino’s Invisible Cities. “I definitely like to play around,” says the singer, who is making a name for herself within the jazz and improvised music scene, either as part of the swinging vocal trio ‘The Furbelows’, or being a guest in other bands covering all aspects of jazz, from traditional to avant-guard – or performing in projects like the aforementioned ones.

“When it comes to singing, if something is very written and there is dynamic marking and everything is within a line, I tend to not sing as well, if there is no way for me to bend it a little.”

So it’s definitely going to be interesting to see how she will bend the Greek songs she’s currently working on – for the first time in her professional career so far – as part of her participation at the Port Fairy Spring Music Festival. This year’s theme is ‘Migration’ and Georgie Darvidis is part of a group of vocalists of different backgrounds; children and grandchildren of immigrants, each presenting three songs from their countries of origin, in a programme titled ‘All The World’s A Stage’: “The project was to visit your grandparents and ask them what their favourite songs are, the ones that mean something to them,” she says.

“So I visited my grandparents, we had dinner – we ate a lot – and then I tried to explain what I was doing. It took a while, I still don’t think it makes much sense to them,” she laughs.

“But then my yiayia took me to their room and she was showing me all their records, which I don’t think had been played for a while. She was throwing them around, dropping them everywhere and she showed me that song Siko Horepse Koukli Mou. That’s the only Greek word I know, koukla, by the way,” she says with a laugh.

The second song was suggested to her by her parents, who had just returned from their first trip to Greece, and is a far cry from the festive tsifteteli. It is one of Manos Hadjidakis’ ballads To Tragoudi Tis Sirinas (Siren’s Song), written for the Aliki Vouyouklaki vehicle Madalena and made a hit by the likes of Mary Linda and Nana Mouskouri.

“It’s all about someone going to war or leaving their home country, about missing someone and lighting candles for them in church,” she says.

The third one, Ti Ine Afto Pou To Lene Agapi (an international hit for Sophia Loren who sang it in The Boy on a Dolphin), she chose herself.

“I was not supposed to do that, but I found it and loved it. I learnt the first little bit and sang it to my grandparents and they knew it. They started singing it along, especially my grandfather who used to sing in church and he almost cried. We were all singing together and they kept asking: ‘how do you know this song?’ It was very sweet.”

So yes, after dealing with an improvisation on literary utopias, Georgie Darvidis will be learning and arranging Greek songs. And on Sunday 29 October, she’ll be singing at a Nina Simone tribute with the Nathan Liow Trio.

“This means that I have to learn a few of her songs, which is fine by me,” she laughs. “After that, I need to rest for a couple of months. I’ve had a big year and I’m very tired.”

‘All the World’s a Stage’ will be presented on Friday 13 October at the Drill Hall, as part of the Port Fairy Spring Music Festival. For more information and tickets visit portfairyspringfest.com.au/event/all-the-worlds-a-stage/

‘Reimagining Nina Simone’ will be performed on Sunday 29 October at the Flying Saucer Club in Elsternwick. For more information and tickets, visit flyingsaucerclub.com.au/gig/reimagining-nina-simone-presented-by-nicola-watson-the-nathan-liow-trio/