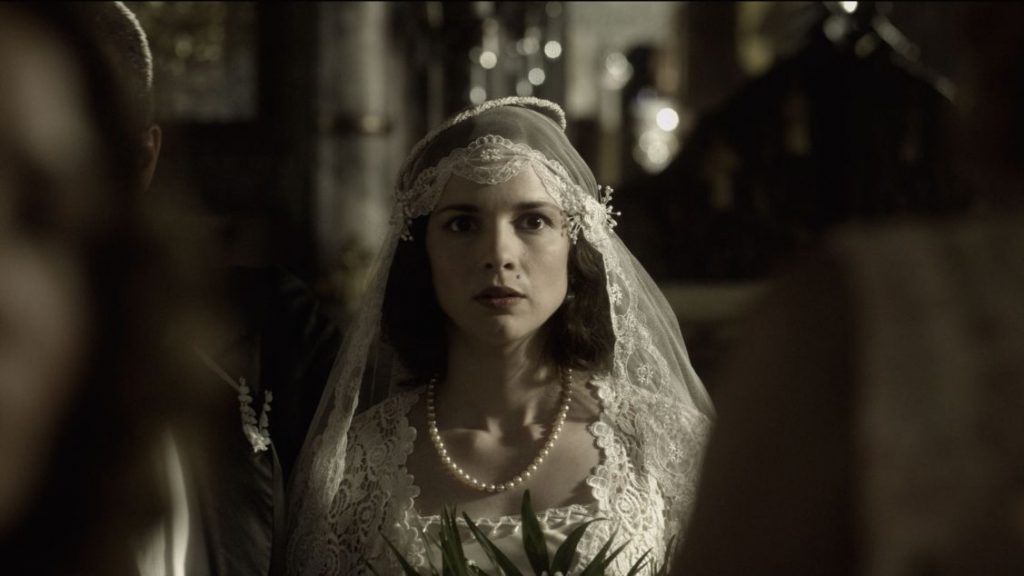 As attendees of the 24th Delphi Bank Greek Film Festival settled into their seats for the event’s opening night in Sydney and Melbourne, you could feel the anticipation as the lights dimmed and the curtains were drawn for the Australian premiere of Roza of Smyrna. There couldn’t be a more apt choice to commence the festival, the film having garnered attention across Greece and Turkey as the blockbuster film of year.

The film tells the story of Roza, played by Leda Protopsalti, the matriarch of a once wealthy family in Smyrna who has spent decades carrying the burden of the past in her heart, including a secret that she has kept guarded even from her only living relative, Marianna.

The secret is brought to light when Dimitris, played by Tasos Nousias, an architect and collector from a renowned Athenian museum, starts searching for artefacts in Asia Minor that trace the Greek presence. He stumbles upon an old photograph, a blood-stained wedding dress and a letter. His intrigue leads him to uncover a story of star-crossed lovers dating back to 1921, before the Greeks were expelled from Asia Minor, and as a result changes all their lives forever.

Neos Kosmos reached out to Kardellas to find out about his foray into cinema and the challenges of recreating the Athens and Smyrna of 1987 and 1922.

When did the idea of bringing Yiannis Yiannelis-Theodosiadis’ novel onto the big screen come about?
I read the book about 10 years ago when it was published. I liked the idea of the hidden secret sewn in an old wedding dress stained with blood. I thought it would make an interesting script of a love story reflecting the historic relations between the Greeks and the Turks.

How easy was it finding sponsors in an admittedly rough financial time for Greece?
It has always been difficult to raise money for a movie in Greece. Greece is a small country and the production of a film is an expensive and a risky investment. It’s not easy to get your money back but not impossible. Roza of Smyrna was an auspicious project and the insightful producer Panos Papahatzis believed that it would reach the large audience. So Roza was produced by the Argonauts SA with the participation of the Greek Film Center, Cosmote TV, Feelgood Entertainment, ERT (Greek Public Radio-Television Network) and Turkish production company Sarmasik Sanatlar, and became the highest-grossing film of the season in Greece.

Having filmed in Istanbul would you say the reality there is much different to the Athenian one?
Turkey is a very interesting country, especially for us, the Greeks. We have many things in common and that’s obvious the first moment you visit the country. Turks are very friendly and hospitable to the Greeks. However a Muslim society is different than ours in several terms. 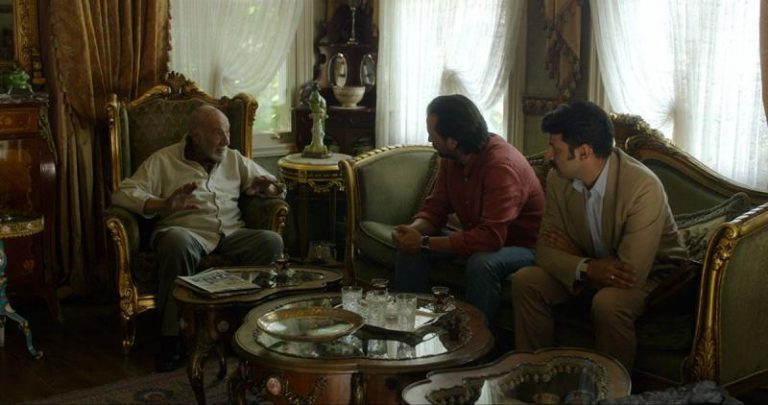 George, you are well known from several popular TV productions in Greece, but this is your first feature film venture. Did you find the experience more challenging than a TV series? Also, why did you opt to turn the book into a feature movie and not a show?
I started my career in 1981 working in the film industry. I worked for TV productions much later. I directed my first TV series Anastasia in 1993 and I worked for more than a decade directing several TV series and documentaries. As a director, my job is to visualise a screenplay, while guiding the technical crew and actors in the fulfilment of my vision. I have to control the artistic and dramatic aspects on both cinema and TV products. Each one of them has its own challenge.
The novel Ismail and Roza could also be adapted to a TV series. However, during the economic crisis, it would be a high-cost venture, unrealisable for the Greek TV channels. Furthermore, to me, the big screen has an unbeatable magic.

Was it hard to tap into a storyline that takes place over two eras? How doable was recreating the Athens and Smyrna of 1987 and 1922 respectively?
The story takes place in 1987, when the protagonist finds the traces of Roza’s well-kept secret from the past. A series of flashbacks are used to take the narrative back to Smyrna in 1922 and picture the dramatic event that marked her for life.
Athens today is much different to what it was like in the 80s. Especially after the 2004 Olympic Games the face of the city changed significantly. We had to recreate the places by using digital graphics and scenic constructions. We had to do the same for the scenery in Turkey as Istanbul and Smyrna have also changed a lot since the 80s.
For the church scene in 1922 Smyrna the filming took place in an old historic church on the island of Lesvos which consists of a preservable monument and had the same architectural structure of many Orthodox churches in Asia Minor. There has been much talk about the exceptional artwork shown in the film. How did you manage to organise that for the film?
Roza’s granddaughter Marianna is an artist. She uses mixed techniques to create her artworks and she participates in artistic events like Biennale in Istanbul. So we asked some Greek contemporary artists to provide us with their imaginative creations to be used as Marianna’s artworks. The renowned artist Triantafyllos Vaitsis created, especially for the film, a shadow artwork of the old tower bell of Saint Photini of Smyrna, a symbol of the Hellenism of Asia Minor. Rita Laoutari generously provided us with the mixed technique artworks that we used as Marianna’s. Michalis Arfaras, a professor at the Athens School of Fine Arts, and the artist Thanassis Beroutsos offered us their contemporary artworks that enriched the scene of the exhibition.

What’s on for the future? Will you be dabbling into feature films any time soon?
I’m working on a new script based on Vangelis Koutas’ historical novel Eagles and Wolves. It’s about the Rentzios Brothers (Ρεντζαίοι) a legendary couple of brigands who committed the great robbery of the Greek National Bank in 1926. They acted in the early 1900s, a period of lawlessness in Epirus when this area became a part of Greece after the Balkan Wars.

‘Roza of Smyrna’ is now showing at the 24th Delphi Greek Film Festival. For session times and to book tickets, visit greekfilmfestival.com.au/