Why the Greek Film Festival matters

Filmmaker and author Billy Cotsis goes one-on-one with Sydney Chair of the Greek Film Festival, Nia Karteris about her commitment to celebrating Greek film and culture 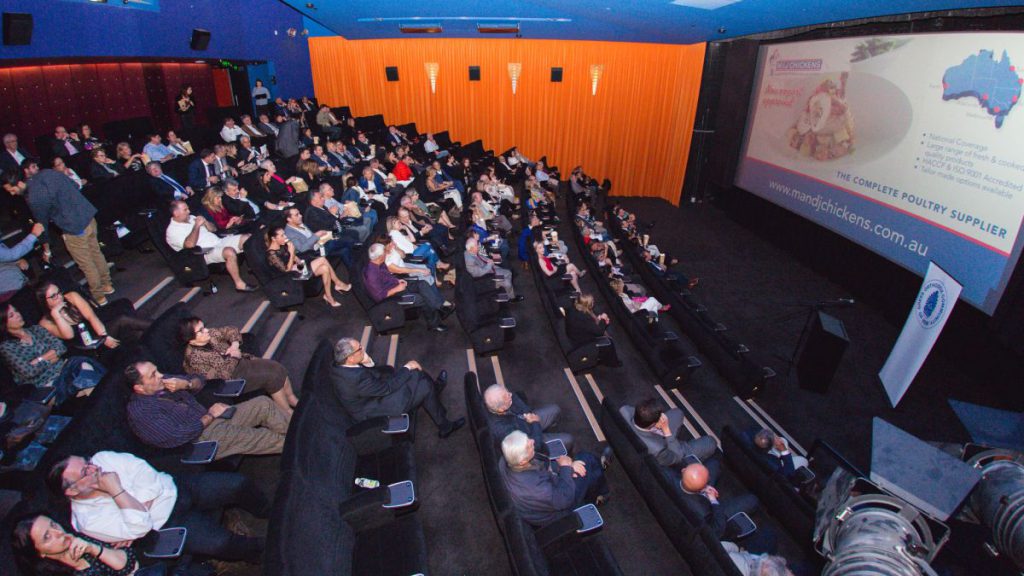 With the Delphi Bank 24th Greek Film Festival underway, there’s no denying Nia Karteris has a demanding schedule. As Chair of the Greek Film Festival in Sydney, for Nia a typical day starts with training in the wee hours of the morning, followed by an early start as she juggles the demands of property management based in the Hellenic heartland of Earlwood, and the responsibilities of chairing the festival and serving as Vice President of the Greek Orthodox Community of NSW.

Sitting across from Nia over coffee, as we talk I can see a phone sitting on the table with a constant onslaught of messages and emails coming through, most likely in the hundreds per week. But somehow Nia makes it work.

Having had a chance to look at the set up and the hard work that goes on behind a Greek Film Festival and the Greek Festival of Sydney, one that stretches for nine weeks, I can only take my hat off to the hard work of those who make it happen. In Sydney, the community has a gem in Karteris, who is an individual that manages to make amazing things happen for the cultural program of the Greek Orthodox Community of NSW.

Born in Greece and raised in Sydney, it comes as a surprise that there was a period in her life when she didn’t completely embrace her cultural heritage.

“Having grown up in the 70s and 80s, it was an era when racism was at its peak,” Nia explains.

It would eventually take a visit back to the place of her birth, Agrinio, in 1991 for her to understand how powerful the Greek culture is and, in turn, how connected she felt to Greece.

With the connection to her Hellenic culture re-established, Nia became involved with the Greek Festival in the late 90s. This was the era when the festival was called a glendi by locals and was held in a suburban ground for years. By 2002 Nia had not only joined the Board of the Greek Community, she was actively involved and driving a vision of growth along with her colleagues. By the following year she was chair of the Festival, and it was no coincidence that the event was experiencing fundamental changes and subsequent growth. These changes over time included a strong engagement with mainstream media, the move to Brighton – close to the beach – and then the landmark move to Darling Harbour. As a result, the success of the festival has encouraged the Darling Harbour authorities to host numerous other cultural festivals, and as Nia puts it, they became the pioneers of the two day Greek Fest.

To help nurture the culture of the Greek community, and especially the language, this new era ushered in progress for the Greek Film Festival which now attracts tens of thousands of cinema fans across the country and has arguably become one of the top five film festivals in Sydney. Attend a premiere such as this year’s Roza of Smyrna or Alex Lykos’ Alex and Eve and you will see all seats filled, with an atmosphere matched only by Cannes!
“When the film festival first started, some of the sessions may have had just a few people in the cinema; if we had 50 people attend we were happy,” Nia recalls.

“We have grown the film festival to what you experience today.”

Together with the backing of a strong Board including President Harry Danalis and a number of talented festival coordinators over the years has elevated the festival’s status significantly. A quick scan of the festival program reveals highly rated films the likes of Yorgo Lanthimos’ The Killing of a Sacred Deer starring Nicole Kidman and Colin Farrell.

The curated program manages to connect with its audience given the mixture of thought provoking, and also entertaining movies. Amerika Square, which comes highly recommended by Nia, is a film that provokes the audience into thinking about real issues. Contrast that with the heart warming romantic comedy Bachelor and a powerful Australian produced documentary titled Dogs of Democracy and you get the picture – “There is something here for everyone,” Nia says.

Asked what helps make the film festival, and by extension the Greek Festival of Sydney special, she doesn’t hesitate.

“We have a high calibre of local artists and international artists and a cultural vision that connects with the community, Greek and non Greek,” Nia states, exemplified by partnering with the City Recital Hall which provides Sydney with at least one inspiring performance per year, usually led by the talented conductor George Ellis.

One of the defining moments for the Greek community from a cultural point of view was arguably Mikis Theodorakis’ Axion Esti with George Ellis and Vasilis Lekkas from Greece.

With the Greek Festival of Sydney due to start its unique cultural program that delivers up to 35 events from February, Nia makes the point that while “we are the biggest multicultural festival in Australia … however, we need the government to support and play their part with funding.”

While this point is crucial, on the flip side the strength of financial supporters and sponsors is an essential element to events across the community.

With the Delphi Bank Greek Film Festival taking place across Australia, members of the community and the broader public are encouraged to support the efforts of Hellenic filmmakers and the efforts of those in Sydney, Melbourne, Adelaide, Brisbane, Darwin and Canberra rolling up their sleeves to bring high quality Hellenic films and cultural events to the general public. It is their dedication and tireless efforts that are paying off, as we see our culture thriving and gaining mainstream attention.