What OXI Day meant to Australia in 1940

On Saturday 28 October, we commemorate 77 years since General Metaxas said Oxi to Mussolini’s ultimatum to enter Greece. Historian Jim Claven looks at the media’s response back in 1940 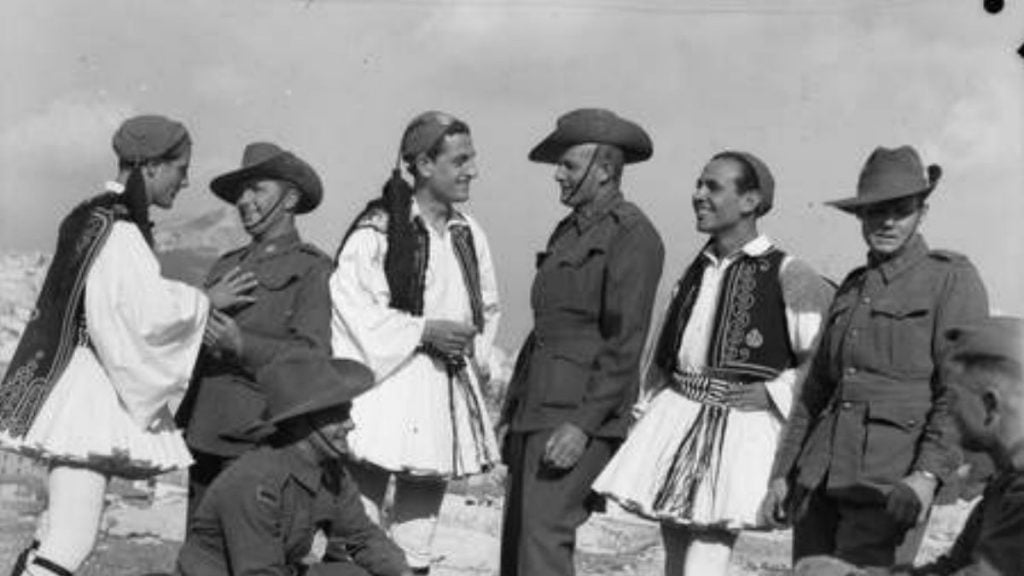 Today will see Hellenes across Australia and throughout the Hellenic diaspora take part in the annual commemoration of OXI Day, marking the day the then leader of Greece, Premier and former General Metaxas rejected the Italian dictator Mussolini’s ultimatum in the early hours of 28 October 1940.

The ultimatum had been issued by the Italian ambassador to Greece, Emmanuele Grazzi, around 3.00 am demanding Greece allow Axis forces to enter Greek territory and occupy unspecified “strategic locations” or face war. The actual response of the Greek leader is reported to have been “then it is war”. But for the Greek people at the time who filled the streets, and have continued to do so ever since, the answer was simply no.

The news hit Australia the next day. On 29 October Melbourne’s The Argus newspaper reported Metaxas’ proclamation to the people of Greece:
“I have informed Italy that I consider her demands and the manner in which they have been made a declaration of war against Greece. The time has come for all Greeks to fight to the death for all they hold dear.”

The Greek resistance to the Italian ultimatum and the resulting war were met with declarations of support from Britain and her allies, including Australia. The Argus reported on 31 October the British Prime Minister’s immediate declaration of support for Greek resistance. They went on to report Metaxas’ moving reply:
“Your words have resounded throughout Greece. We are going to march to final triumph with the serenity and resolution that led us to oppose our perfidious adversary’s aggression. With all confidence in our great and heroic ally we are going to base a common certain victory on the eternal principles of morality, justice and liberty established 3,000 years ago on the sacred soil that we [are] defending.”

British air and naval support was rushed to assist the Greek war effort. The Royal Air Force was soon operating out of hastily built airfields far up in northern Greece providing valuable ground support for the Greek troops engaging the enemy on the ground. Royal Navy warships interdicted Italian naval support for its troops along the Greek coastline. British troops landed in Crete, the first contingent of what would grow into the Allied contribution to the defence of Greece and Crete against the coming German invasion. Then in March 1941 Australian troops – shown in an iconic photograph by Australian war photographer Damien Parer – would be welcomed by Greek Evzones at the Acropolis above Athens.

In Australia, support for Greece filled the newspapers. Reports of the success of Greek forces on the Albanian front are reported with exhilaration. On 31 October, The Argus reported on the mood in Athens:
“The appearance of Athens yesterday strongly reflected the determination of the Government and the army to resist the invader. Troops in full kit marched off to the front with mountain guns drawn by mules among their equipment. Tin-hatted air raid wardens were doing their duty in the streets, and shop windows had been criss-crossed with tape and cellars had been converted into shelters.”

Australian newspaper reports from the days following the outbreak of war reported the mobilisation of Australia’s Greek community in defence of Greece.

The Sydney community was reported to have gathered on 28 October at the Athenian Club, “the meeting place of the Greek community”, where young members of the club shouted “Zito o polemos” (Hurrah for the war) and toasts were drunk to Metaxas and Britain. Two days later prayers for the Allied cause were offered at both Greek Orthodox Churches then established in New South Wales. The local Greek Consul Mr Vrisalis pledged the support of the community for the Greek and Allied war effort.

Meanwhile in Melbourne similar mobilisations and declarations were taking place. The Age reported that on October 29 Victorian members of the Greek ex-Servicemen’s Legion of Australia along with members of the Melbourne Greek community held a meeting at the Greek Consulate where they pledged their support for Greece and declared that “if necessary, Greeks were prepared to return to their native land and fight”.

The Argus also reported on the same day that the president of the Melbourne Greek Community Mr Raftopoulos had expressed his confidence that the Greek people would do their best against the enemy, while the Greek Consul in Melbourne, Mr Lucas, stated that while Greece was a peace-loving nation it would fight through to the end now that war had been forced on it by Italy’s aggression. The consulate expressed its confidence that Italy would come to regret its aggression as Great Britain and her Allies would now bring their forces to bear on Italy in Greece’s defence. Mr Lucas sent a telegram to the Greek Premier stating:
“… Greeks in Victoria with deep emotion watching developments in homeland. Taking immediate steps to assist financially in struggle. God bless our soldiers.”

Two days later Melbourne’s newspapers carried the announcement that Melbourne’s Greek community would hold a meeting on Sunday 10 November to discuss their plans “for providing financial assistance for the motherland in the war against Italy”.

These were the first steps in what would be a major fundraising effort involving the wider Australian population. These funds would be known as the Greek War Victims Funds, endorsed by the Australian Government and hundreds of mayors. Fundraising days would become known as Greek Day, and in one famous act of support the Greek community, then resident in the suburb of Prahran, presented the mayor of the city with a Greek flag to fly on Greek Day.

Although the Greek victory in Albania would be followed by the devastating German invasion of Greece in April and subsequently four long years of occupation, the significance of the Greek Army’s defeat of the Italian invasion should not be underestimated. In October 1940, Greece was the sole ally on the continent of Europe, of Britain and the Empire (as it was then known), including Australia. Greece’s victory over Italy was the first major victory against the Axis powers of the Second World War.

All Australians, whether Hellenes or not, have good reason to remember the day Greece said “no”.

OXI Day commemorations will be held across Australia this weekend. In Melbourne on Saturday 28 October a church service will be held at St Eustathios Greek Orthodox Church at 9.30 am, followed by wreath-laying ceremonies at the Australian Hellenic Memorial at noon and at the Shrine of Remembrance at 1.00 pm. It will be followed by a light lunch at the RSL’s Memorial Hall.

* Jim Claven is a trained historian and freelance writer who has researched the Hellenic link to Australia’s Anzac tradition for many years.