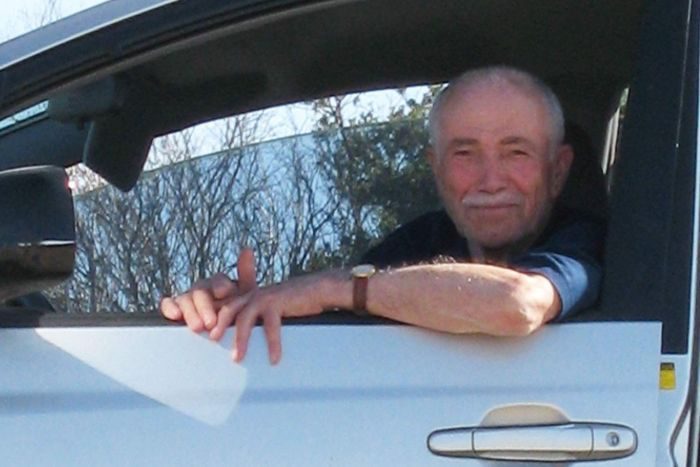 83-year-old Antonios (Anton) Crocaris died in hospital on December 29 after being hit by a car that ploughed through pedestrians on Flinders Street in the Melbourne CBD on Thursday, December 21, 2017. Photo: AAP /Victoria Police

The man accused of mowing down pedestrians in Melbourne’s CBD now faces a murder charge following the death of 83-year-old Antonios Crocaris on Friday 29 December.

Mr Crocaris had been in hospital since 21 December, when he was hit by a car, allegedly driven by Saeed Noori, a 32-year-old Afghan refugee and Australian citizen with a history of drug and mental health problems, who is accused of deliberately driving towards pedestrians on on the corner of Flinders and Elizabeth streets. “Our father Anton had his life cruelly taken away in a senseless act of violence,” the family said in a statement, in which they thanked the people of Melbourne, the first responders who treated Mr Crocaris and others, and the staff of The Alfred Hospital Intensive Care Unit and appealed for privacy. “These circumstances are devastating to our family. Dad is simply irreplaceable and we will never fully recover from this loss. He was a beloved husband of Elizabeth, adored father of Freda, Tony and Bill, and cherished grandfather of Verity, Lysander and Jackson.”

Mr Crocaris is the first fatality from the December 21 attack.
“This is such a shocking, tragic, needless loss of life,” Assistant Commissioner Doug Fryer said to the pres.

According to the Police, the 32 old man was driving a relative’s white Suzuki Grand Vitara at 4.47pm on 21 December when he pulled out of traffic on Flinders Street, drove down the tram tracks, and careened through the Elizabeth Street intersection, striking 18 pedestrians. After his arrest, he had been charged with 18 counts of attempted murder and one count of conduct endangering life but now one of the charges is upgraded to murder.
He appeared in Melbourne Magistrates Court behind security glass, his lawyer arguing that he may be suffering from psychiatric issues or have an undiagnosed illness. He remains in custody and is expected to appear again at Melbourne Magistrate’s Court on 30 May, where he will face murder charges.

Four other victims still remaining in hospital, one of whom – a South Korean in his 60s – is in a critical condition.