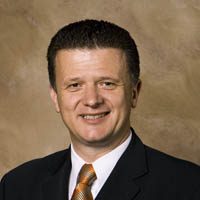 The role of the Victorian Multicultural Commission (VMC) “will be strengthened” according to the Minister for Multicultural Affairs Nicholas Kotsiras.

In accordance with pre election commitments outlined in the Victorian Liberal Nationals Coalition Plan for a Multicultural Victoria, the Victorian Minister will replace the existing VMC with a new, “more independent public entity.”

The policy and administrative functions formerly located within the VMC will now be transferred into an Office of Multicultural Affairs and Citizenship (OMAC), to be established within the Department of Premier and Cabinet.

The new Commission will be able to “research, advise and report to the Minister on any matter relating to its objectives either initiated by itself or requested by the Minister. Membership of the Commission, will remain at 12 members, but it will include a youth representative and a representative from a peak community organisation.

Eight Regional Advisory Councils will be established to work in partnership with the VMC and local communities, “operating as important conduits for information on regional settlement and service delivery” according to Mr Kotsiras.

The Minister also said that the Baillieu Government will “establish a Ministerial Inter-departmental Multicultural Services Advisory Committee to co-ordinate a whole-of-government approach to multiculturalism and citizenship.

” This committee will provide “an important additional link between the OMAC, VMC and government departments” said Mr Kotsiras

“Victoria will continue to lead the rest of the nation in multicultural affairs and the Baillieu Government will implement initiatives that will ensure Victorians learn from each other and together help forge a more inclusive and harmonious society,” Mr Kotsiras said.