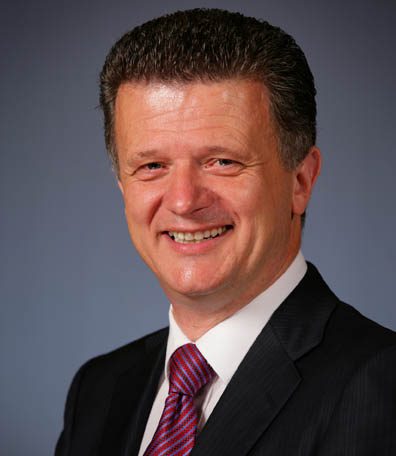 The government says the changes will improve the speed and efficiency with which multicultural policy decisions are made, while the opposition has flagged concerns over lack of community consultation and excessive new bureaucracy.

The main changes to the VMC are structural, with the government establishing eight regional councils that will be chaired by Commissioners and will report back to the VMC. Minister for Multicultural Affairs and Citizenship Nick Kotsiras says this will result in gathering opinions from a more diverse range of voices from across the state. “Each of those councils will be made of local, grass-roots community people who will know the area.

So instead of having 12 people from Melbourne, hopefully eight of those will come from across Victoria,” Mr Kotsiras told Neos Kosmos. The regional councils will report to the VMC, which in turn will take its findings to a ministerial interdepartmental multicultural services advisory committee, which will be responsible for advising the minister on multicultural policy. Mr Kotsiras says this is aimed at streamlining the bureaucratic process, but the opposition is concerned that it’s creating an unnecessary extra layer of bureaucracy that renders the VMC an advisory body, rather than a policy-making one.

“Much of the important legwork, the important administrative work goes to a new set of bureaucrats in the Department of Premier and Cabinet,” Opposition Leader and Shadow Minister for Multicultural Affairs Daniel Andrews told Neos Kosmos. “Our fear would be that that group of… public servants will be a very small piece, in a very big department,” he said. According to Mr Kotsiras, the restructure increases the independence of the Commission by giving it the power to investigate issues without direction from the minister, and therefore giving it power to criticise government decisions. “[The VMC] is now the voice of the community and not the voice of the government,” Mr Kotsiras said. “The Commission can now investigate any systemic failures in services and request information from departments, then come to me and working together with me, overcome those failures,” he said.

The flip side to this is that the VMC has effectively lost all its policy-making functions, for no good reason, Mr Andrews said. “I think the Victorian Multicultural Commission before these changes… was a solid Commission, a good Commission…[that] had the broadest range of responsibilities – not just advocacy, but the administration and the development of policy.”

The opposition has also raised community concern that the creation of new regional bodies might impede the work of existing ethnic organisations. “There are already very, very hard-working and well-established ethnic community councils right across our regional areas and Melbourne suburbs. There is a bit of concern out there that these new arrangements could cut across a lot of the good work that’s done now,” Mr Andrews said. He says existing ethnic organisations have also raised concerns with him about the lack of consultation by government prior to presenting the bill to parliament.

The government, however, dismisses this claim stating that it did four years of consultation while in opposition. “I travelled Victoria, I spoke to everyone and as a result I came up with this policy,” Mr Kotsiras said. “This is made up because of the consultation with the committees, asking them ‘what would you like to see?’ Our policy that I took to the last election wasn’t me sitting in a room, working out what to put down on paper, it was about listening to people,” he said.

The VMC restructure has also seen all previous Commissioners stood down with the option to reapply, though former chairman George Lekakis has accepted a new role overseeing the welfare of international students. The Opposition Leader paid tribute to Lekakis in Parliament on Wednesday. “There is no stronger supporter in our great state of the cultural diversity, the harmony and the respect that set us apart, than George, and on behalf of the Labor Party I commend him for his leadership and the role he played,” Mr Andrews said.

The multitudes of multicultural goodwill from the Coalition, however, have been cast into shadow by comments about the Muslim community made on Facebook by Liberal MP Bernie Finn. According to the Herald Sun, Mr Finn wrote that he failed to understand “how concerns about a religion that seems to sanction decapitation can be construed as racism”. Mr Finn was lambasted in Parliament over the comments, the opposition branding the comments as racist “dog whistle” politics. Premier Ted Baillieu declined to respond to Mr Finn’s comments as he had not seen or heard them.

The Multicultural Victoria bill will progress to the Upper House in early May.